The Leeds United winger was on hand to meet with young students in Year 5 at the local school and be a part of their Primary Stars session focused around the element of support during a PE lesson. The class had spent time researching the loanee ahead of his visit, discussing his position as a footballer and learning about how he supports his teammates especially with regards to providing assists for them to score.

During the appearance, Harrison watched on as the youngsters played a number of games all linking back to how they could support each other and help their fellow classmates, he then spent time chatting one-on-one with some of the pupils offering advice and asking questions before handing out some certificates to those that had excelled during the lesson.

The 22-year-old spoke to LUTV during the visit and said: "It's been great to come down and meet the children today, I've spoken to a few of them and they're all paying attention and they've clearly learnt a lot over the duration of the course they're working on.

"They've been working on the support side of things and they've been telling me about how they can apply that term not just with myself and within football but with anything - I asked a few of them what they wanted to be when they're older and they were able to apply some of the same attributes of what they've been learning here into a profession they wanted to do when they grow up, which is really important."

Coaches from the club's official charity work at Roundhay School Primary Campus five days a week, supporting teachers and helping the young pupils to become more engaged with their curriculum and assisting them with their studies. 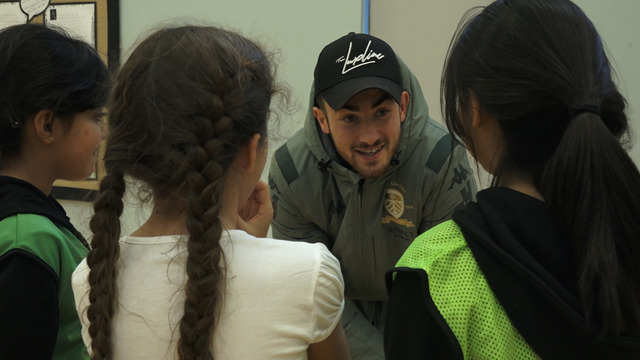