In his latest column for leedsunited.com, lifelong supporter Jon Howe takes you through his top 10 moments of the 20/21 Premier League campaign.

OK, so how was it for you? Nerve-racking? A rollercoaster? Hugely satisfying? Really comfortable? Or just really, really strange? No one quite knew what to expect from our return to the Premier League, and whilst it technically ‘could’ have gone better, realistically nobody imagined it would do. The sense of pride is off the scale as we relax into a gratifying summer of…..erm…..watching Leeds players playing football, except this time for international teams, but after a season hopefully like no other, what were the standout moments?

I could have simply picked a list of goals, but even narrowing that down to ten would have presented some tough decisions and a level of anxiety which, frankly, would be at odds with the stress-free demeanour all Leeds fans have enjoyed all season. Instead, let’s go with these.

A few minutes into our Premier League bow and the ball is being zipped around like a pinball machine. It’s attack versus attack against the reigning Champions, the adrenaline is pumping and nervous energy is making Leeds fans neck cans at a dangerous rate. The game won’t settle and no one knows yet whether Leeds are a laughable makeweight in this division or a bona fide Premier League team. Luke Ayling? He just nonchalantly nutmegs Sadio Mane on the touchline as if he played in Europe for Yeovil not in Exeter. It wasn’t brash or disrespectful, it was simply Leeds setting the tone for the season; that we would play the same way we always had, approach each game the same way and that we had absolutely earned the right to do so. 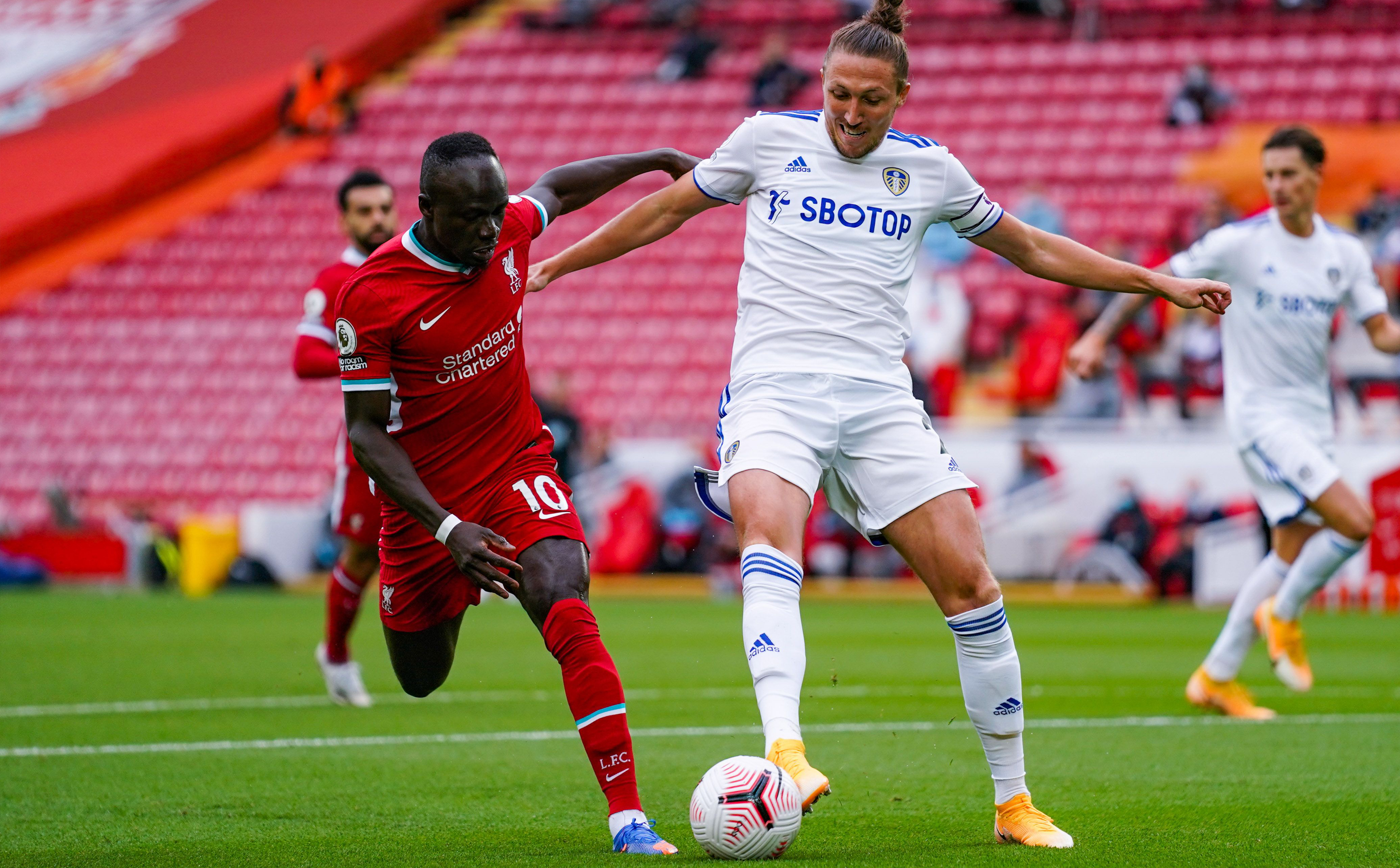 1-0 down within four minutes at Anfield and it wasn’t looking good. But in the 12th minute Kalvin pinged an inch-perfect forty yard pass onto Jack Harrison’s left instep, and the Man City loanee announced himself on the big stage with a run and finish that levelled the scores. We were going to be OK, and Leeds fans exhaled a collective sigh of relief which caused a small tidal wave in the South Pacific Ocean a few hours later, according to unofficial reports. 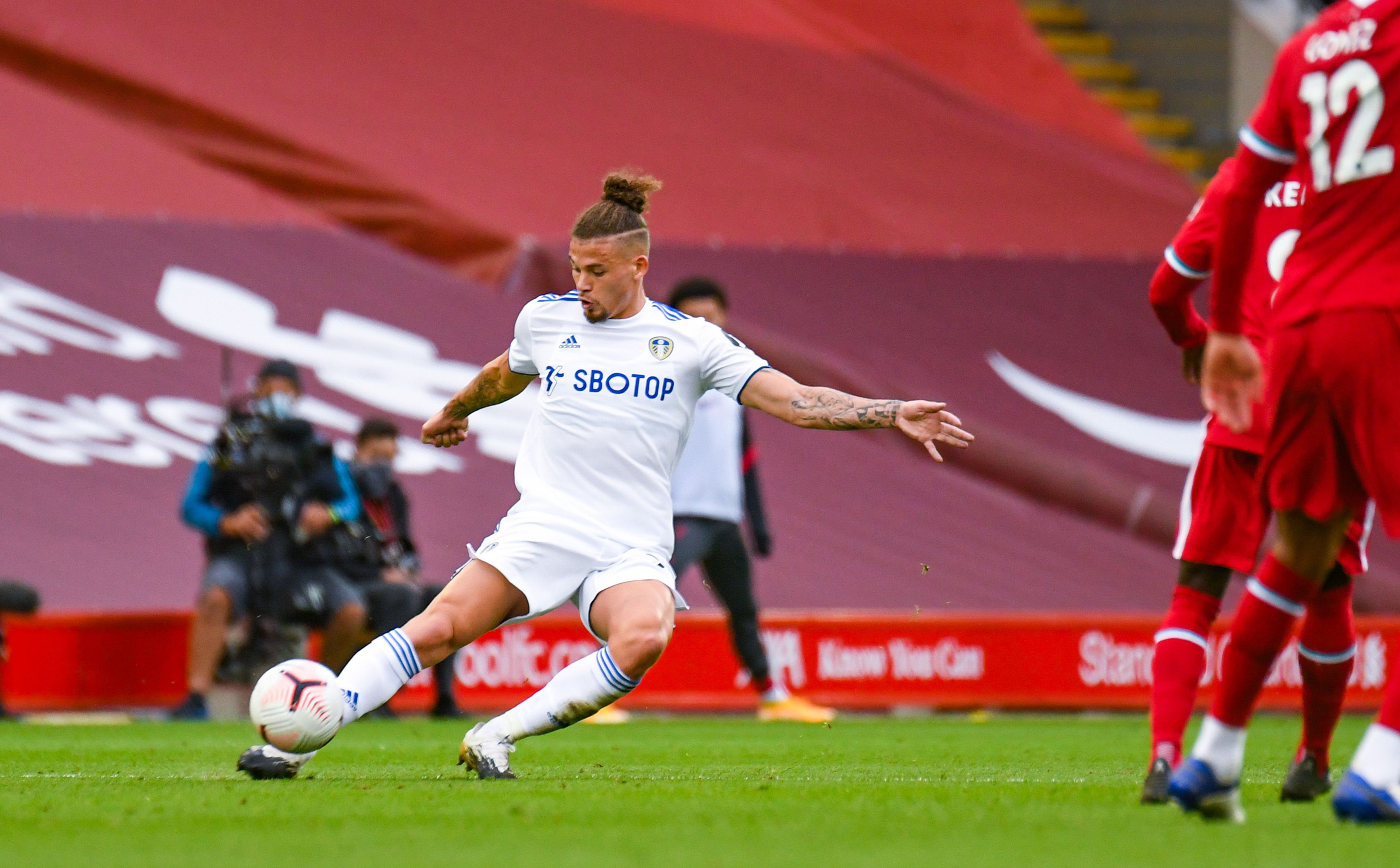 At 0-0 in a seesaw Yorkshire Derby and only the third league game of the season, Illan Meslier produced probably his best save of what would become a remarkable campaign for him personally. With no margin for error he had to guess correctly, as Sheffield United’s John Lundstram slid in for a pinpoint strike. Meslier dived low to his right and turned a solid shot round the post. It shattered the Blades’ confidence and Leeds went on to win 1-0. Perhaps a sliding doors moment for both clubs? 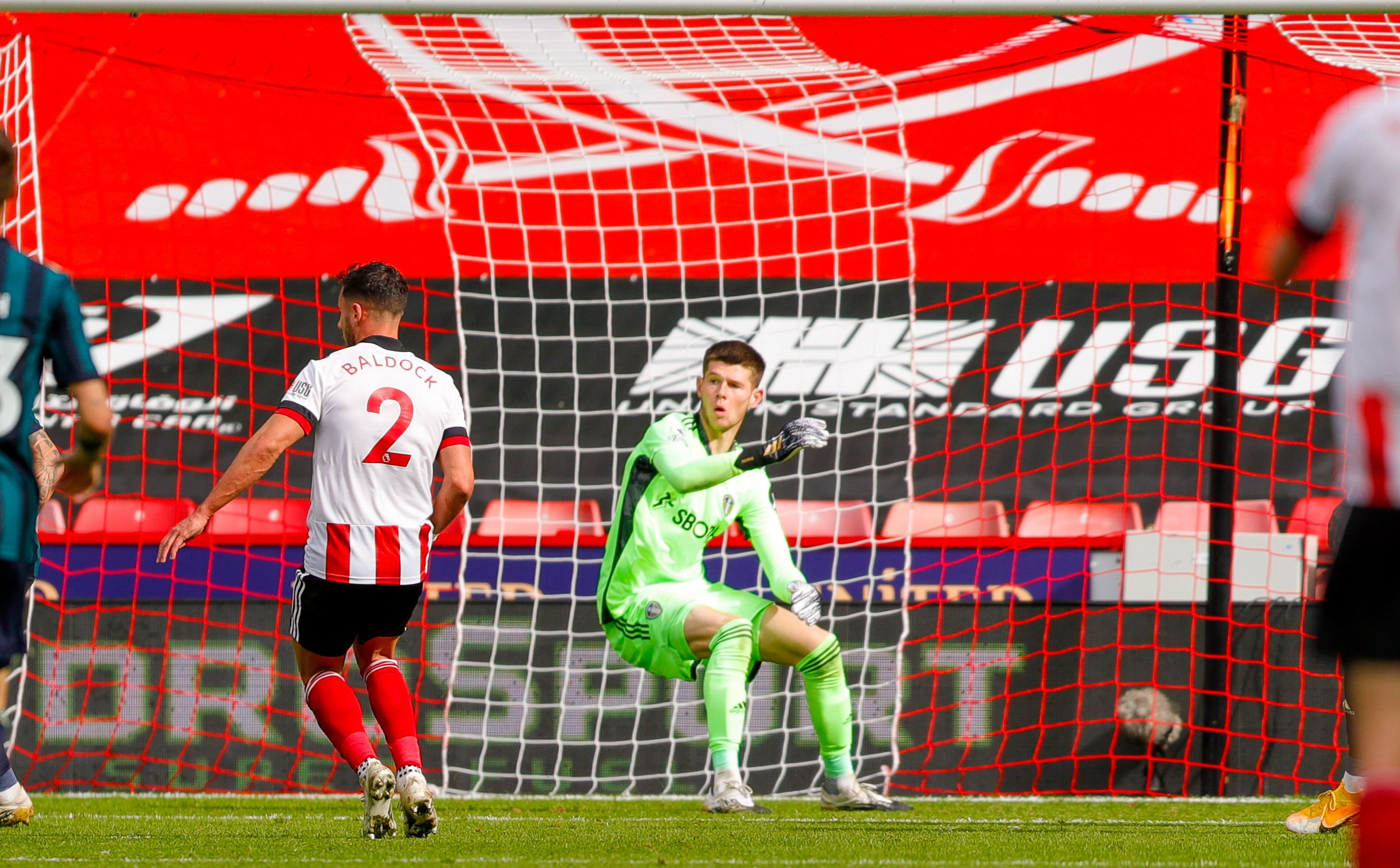 It’s been variously described as basketball, a slug-fest and one of the most amazing games the Premier League has ever seen. An observer scanning the details of an unremarkable 1-1 draw after the event might be confused, but fans watching Leeds take on Manchester City in a tropical storm saw opponents unashamedly going at each other hell for leather, in the character of two of the most innovative coaches in the world. It was tactical mastery, it was breathless and wonderfully reckless, it was like a lab experiment that no one could predict the result of. At the final whistle, a rain-sodden Marcelo Bielsa remained on his haunches, head bowed and exhausted, limp and lifeless from the wildest of emotional journeys. Until Pep Guardiola arrived and they embraced in mutual respect. 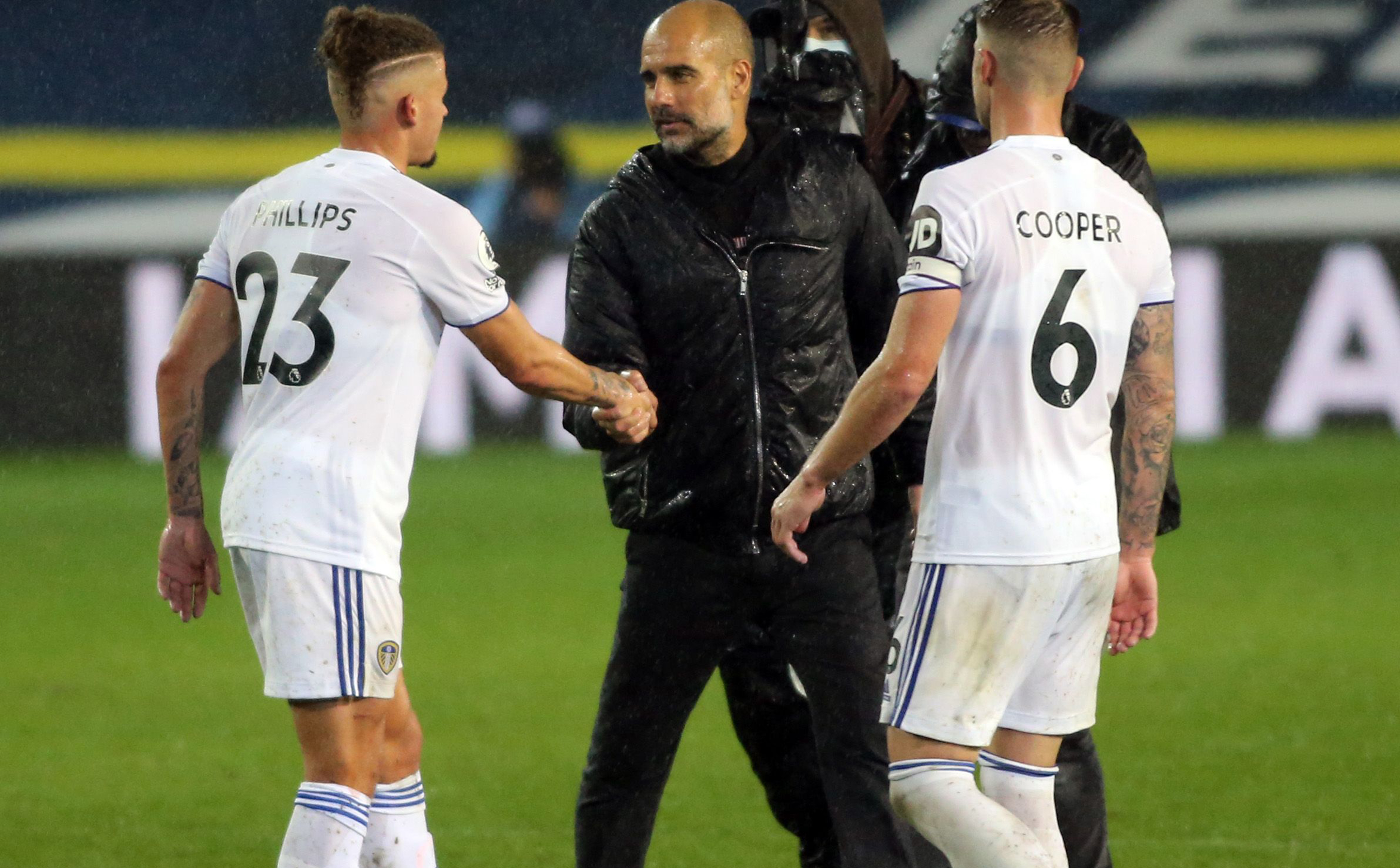 After breaking down injured on three separate occasions, Diego Llorente could only watch on in relative anonymity as his new Leeds United colleagues shipped goals and Marcelo Bielsa seemingly drew defensive formations out of a tombola. With our other international centre back signing Robin Koch also injured, Leeds were out of luck and running a media gauntlet of misrepresentation. Finally Llorente completed 90 minutes versus Southampton in February, quickly grew into an imperious defender and, funnily enough, a stable defence triggered Leeds’ ascent up the table. 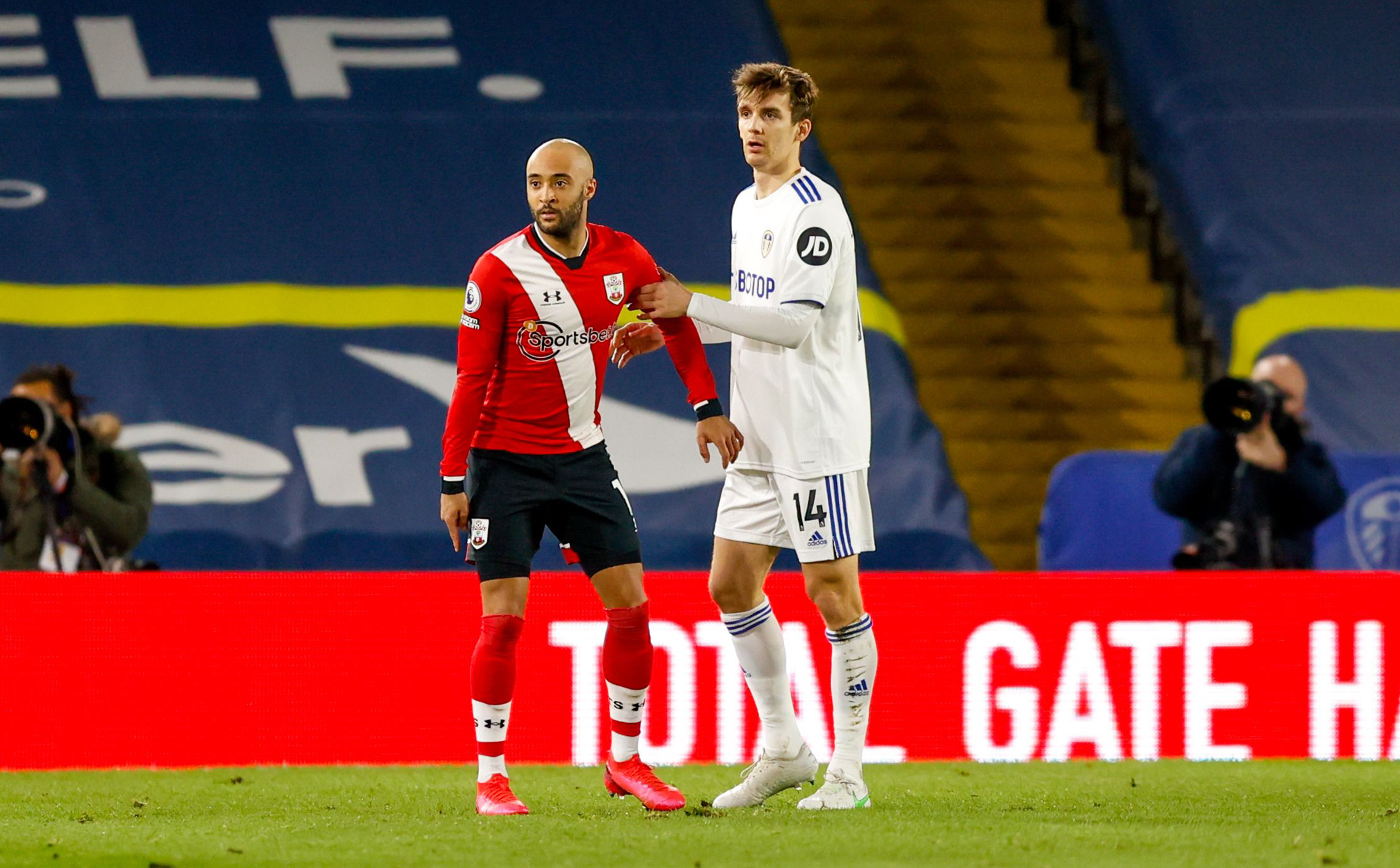 Most Leeds goals this season can be categorised in three ways: “brilliant team goals”, “brilliant individual finishes” and “brilliant team goals with a brilliant individual finish”. The Stuart Dallas injury time winner at Man City in April created a fourth category: “goals that ruined living room carpets as a cascade of drinks and snacks were jettisoned in the air, and Leeds fans shrieked in ecstasy at a pitch that only dogs could hear.” 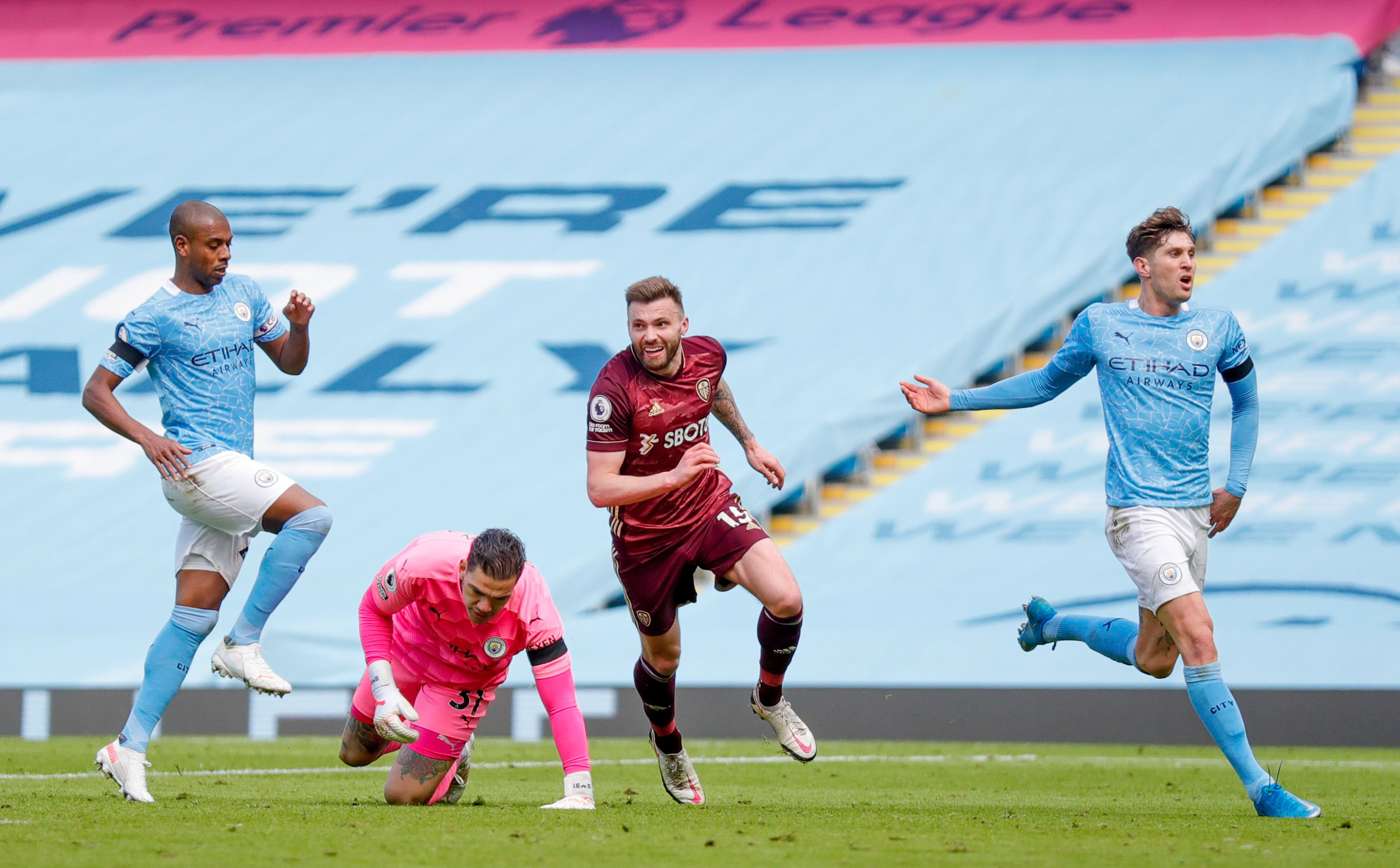 Eagle-eyed fans had noticed Marcelo’s glasses were slightly skewwhiff in his press conference pre-Sheffield United in April. But the following week after the Man City win, they were an unmistakably comical feature. We later learnt that Pat Bamford had slammed a rasping finish flush into Marcelo’s face in training, and the fact that Marcelo chose to wear them for a live TV interview when he can seemingly pick and choose when he wears glasses, only added to the priceless absurdity. An image of Marcelo giggling like a schoolboy as he failed to hide his glee at the result at the Etihad, whilst wearing wonky glasses, had a wonderful Morecambe & Wise quality, and once again proved that Marcelo is a master of his art in every sense. 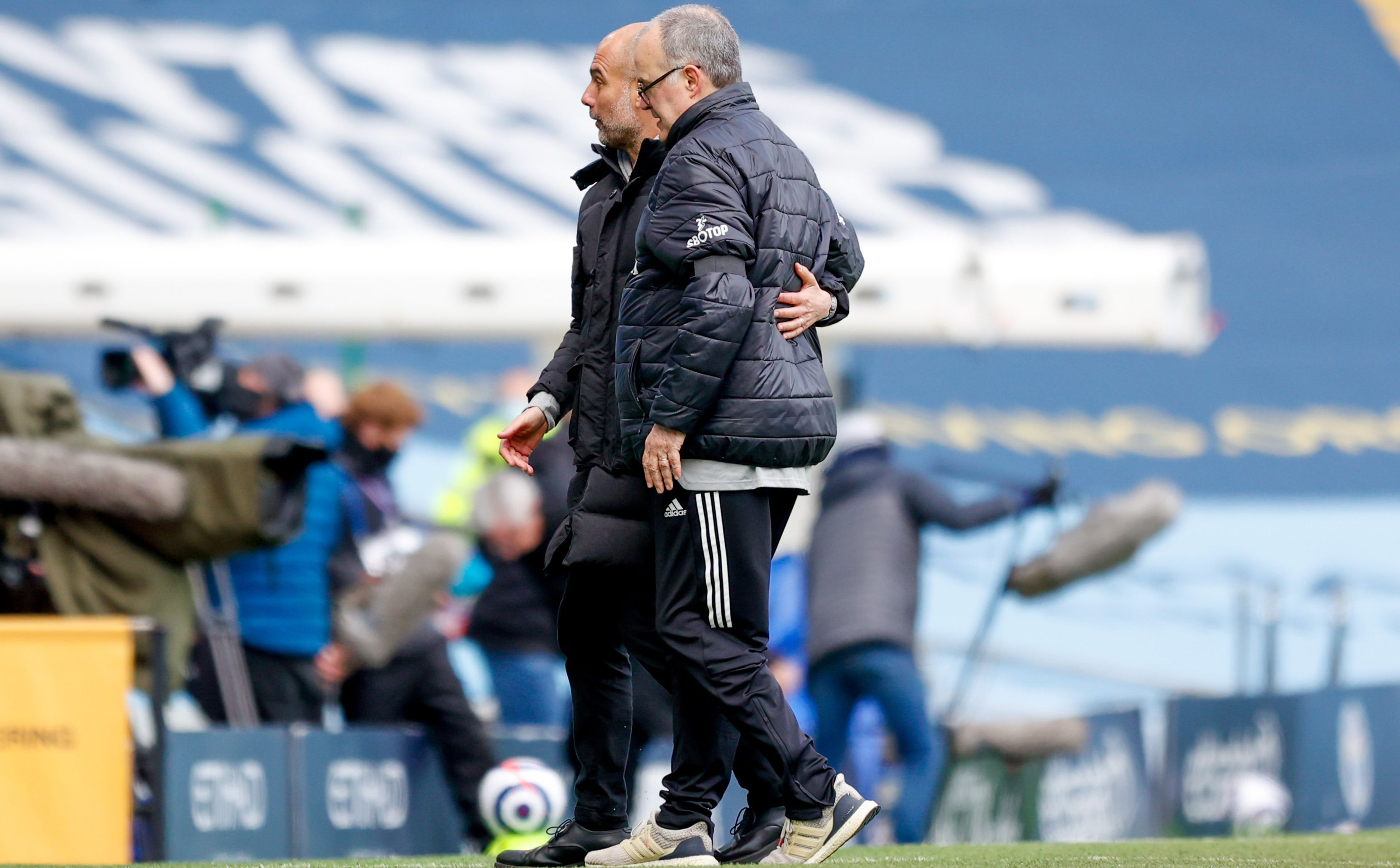 PL2 Champions at the first attempt? Why not? It made perfect sense during a season like this one, but it was certainly well earned. Mark Jackson took over the reins from the departing Carlos Corberan but the Under 23s didn’t miss a beat. Some stellar signings in Sam Greenwood, Joe Geldhardt, Cody Drameh and Crysencio Summerville certainly made a difference, but winning the league at a canter was built on a foundation of the likes of Charlie Cresswell, Jack Jenkins and Niall Huggins et al. The title was clinched with a 2-1 win at Aston Villa on 16th April, but in truth it had been a formality for weeks. 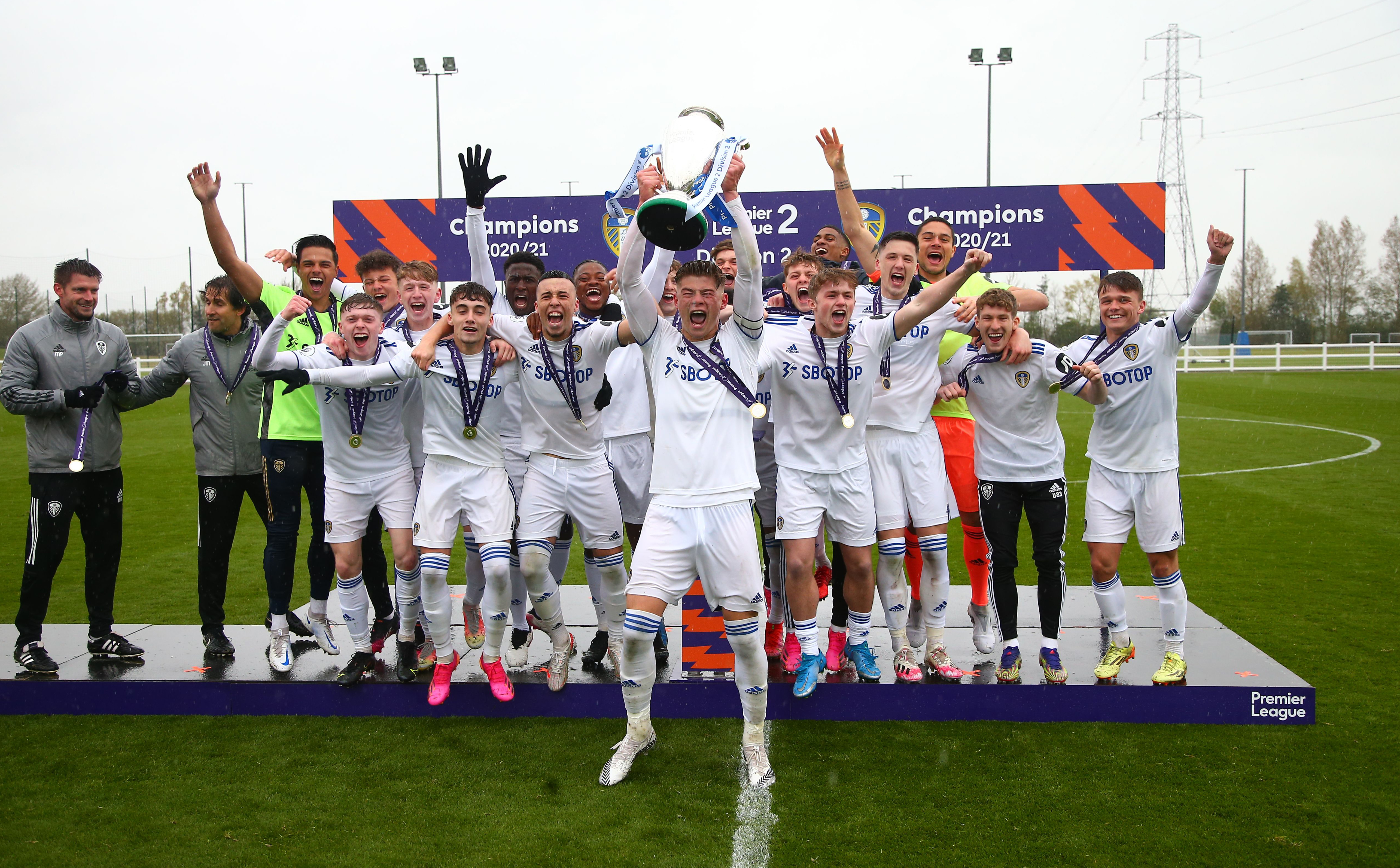 A frustrating stop-start first season for our record signing cast doubts on Rodrigo’s ability to cut it in England and playing for Marcelo Bielsa. But that all melted away in the 77th minute at Turf Moor when a deft first touch cushioned Jack Harrison’s precision through-ball with a delicacy only previous seen in an operating theatre. In truth, it didn’t really matter what Rodrigo did with the ball next, he’d proved his class, but an impudent chip over a stranded Bailey Peacock-Farrell and into the net was most definitely the right thing to do. 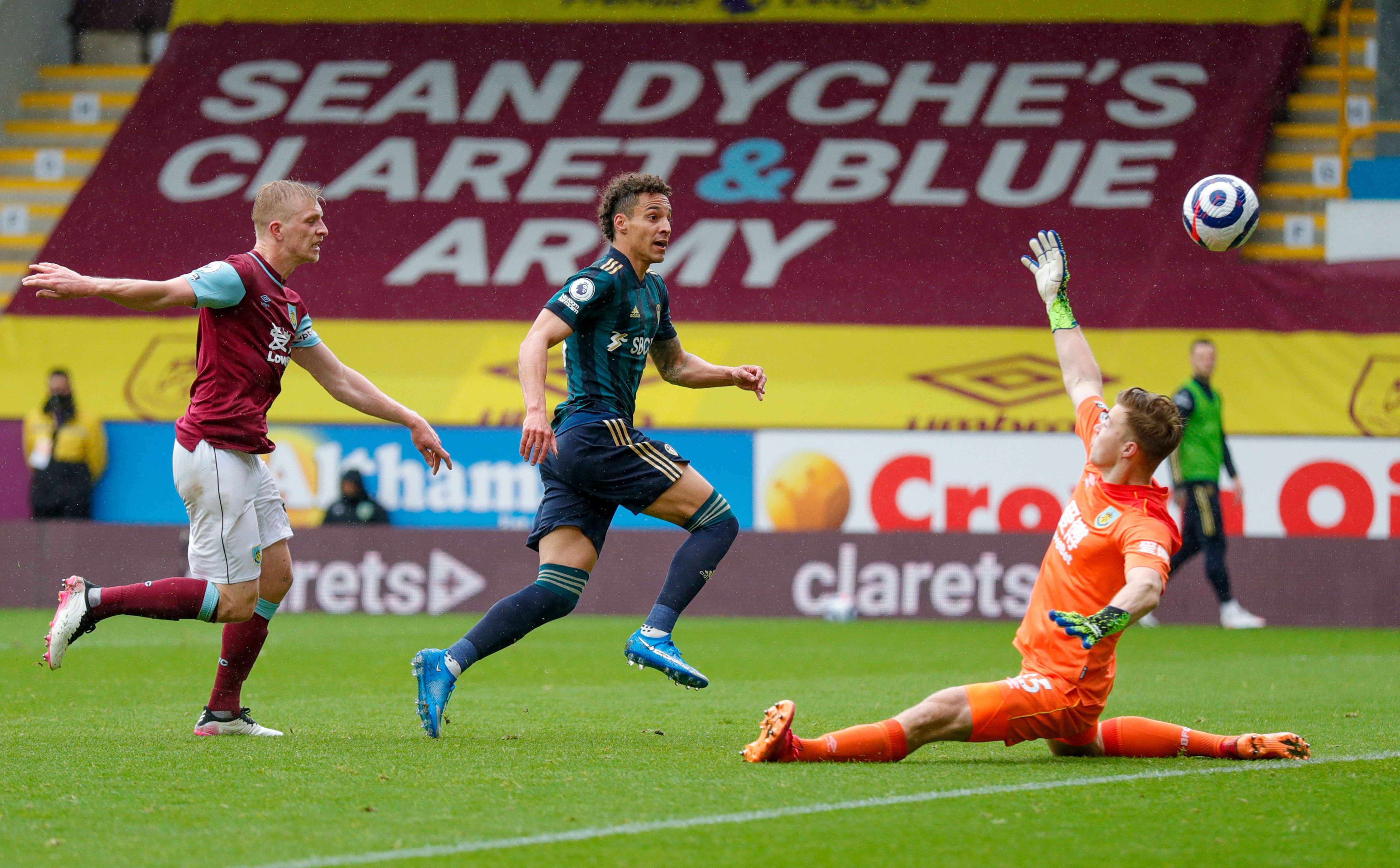 Perfectly stage-managed and perfectly appropriate. Not since Jermaine Beckford has a Leeds player been able to leave with such goodwill and satisfaction at a job well done, and to have two in such circumstances leant a surreal air to proceedings at the West Brom game. Hands and throats were red raw and out of practice, but we did what we could to give them the best send-off and in some ways draw a line under a special era at Elland Road. Next season will be something else entirely, but for everyone who missed out on 2020/21, we’d certainly settle for more of the same. 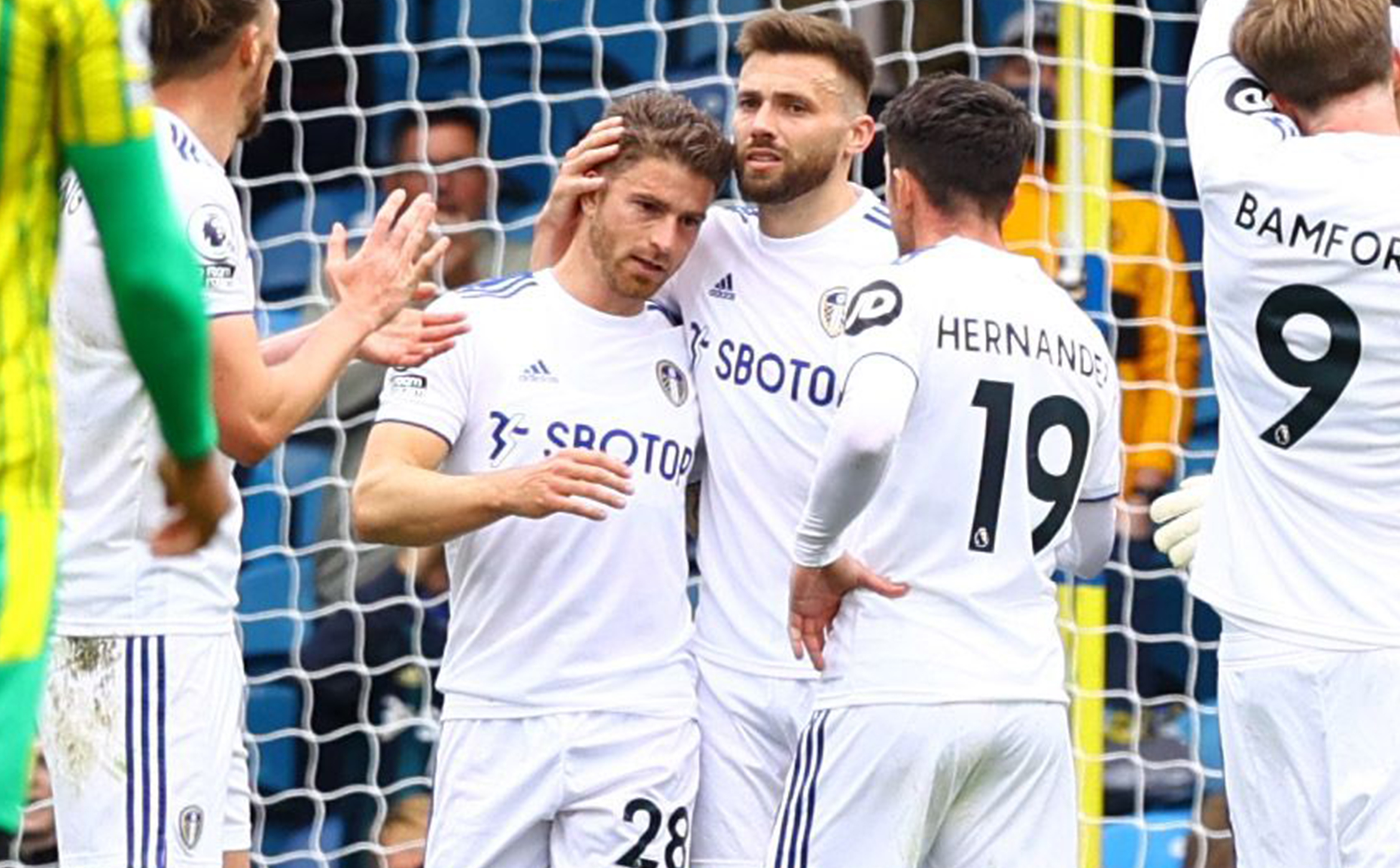