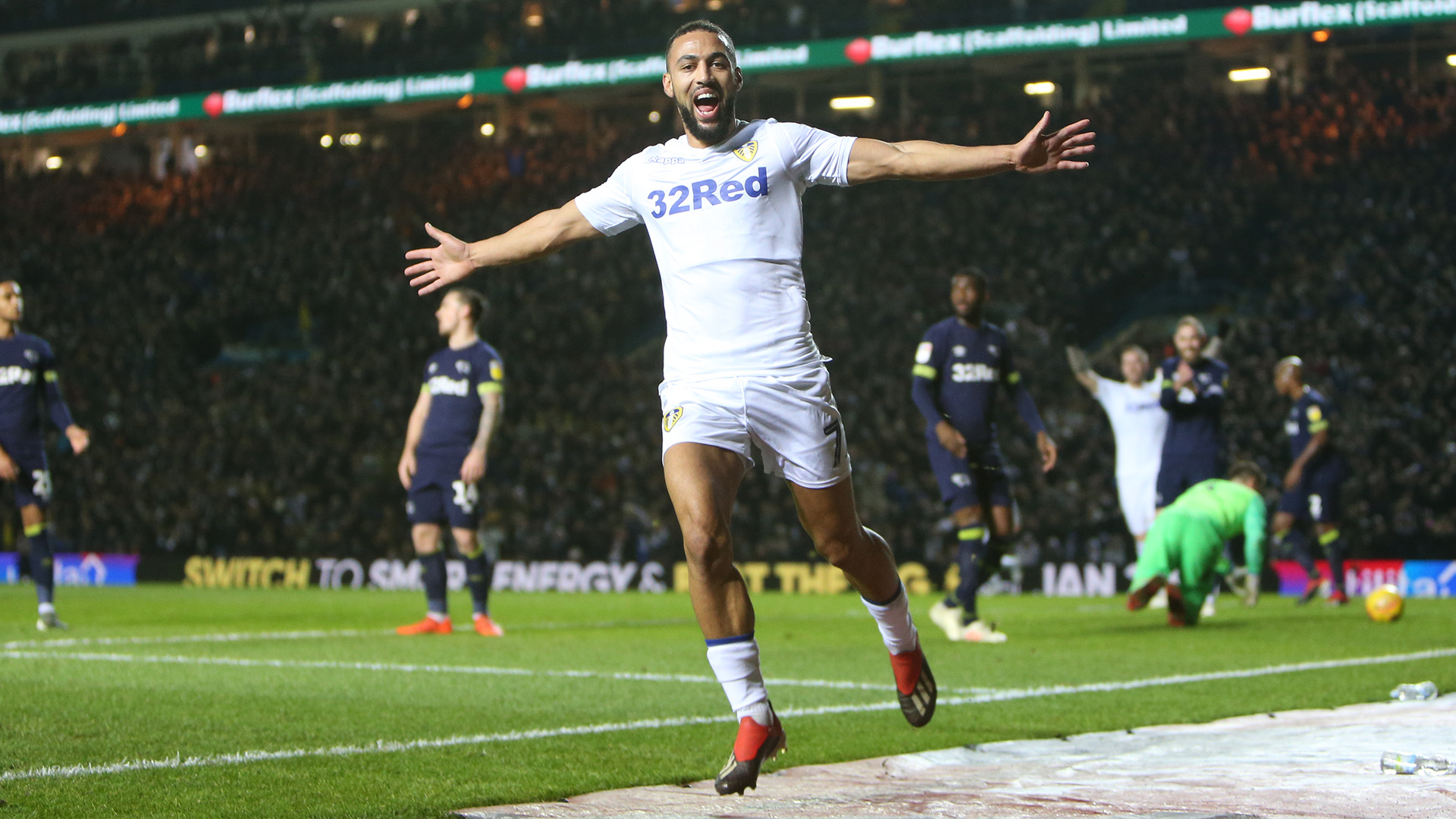 Leeds United got back to winning ways after three defeats, with a fine 2-0 victory over Frank Lampard’s Derby County at Elland Road, to move five points clear at the top of the Sky Bet Championship.

Leeds made a flying start to the game and were awarded a penalty by referee Andy Davies inside a minute when Ezgjan Alioski was brought down, but that decision was overturned as the linesman had already flagged for offside.

The Whites then had a great chance from a Pablo Hernandez corner, but captain Liam Cooper, making his return from injury, struck over from close range.

Luke Ayling then played Kemar Roofe in at goal, he struck early from the edge of the penalty area, but scuffed his effort and Scott Carson in the Derby goal collected.

Leeds took the lead in the 20th minute, a corner came out to Jack Clarke on the right, he drove forwards before firing in a low cross, which was fired home by Roofe, to erupt Elland Road.

Adam Forshaw then found Clarke in the box, he took a touch to control before firing at goal, but saw his attempt deflect wide, with the Whites well on top.

Roofe then put in a good cross from the right and a Jack Harrison header forced Carson into a good stop.

Tom Lawrence struck well wide in the visitors’ first attempt after 34 minutes, before Forshaw was just inches away from finding the top corner with a swerving effort.

Ayling then made a great block on a Mason Mount strike with three minutes of the first half remaining, to ensure Leeds retained the advantage at the break. 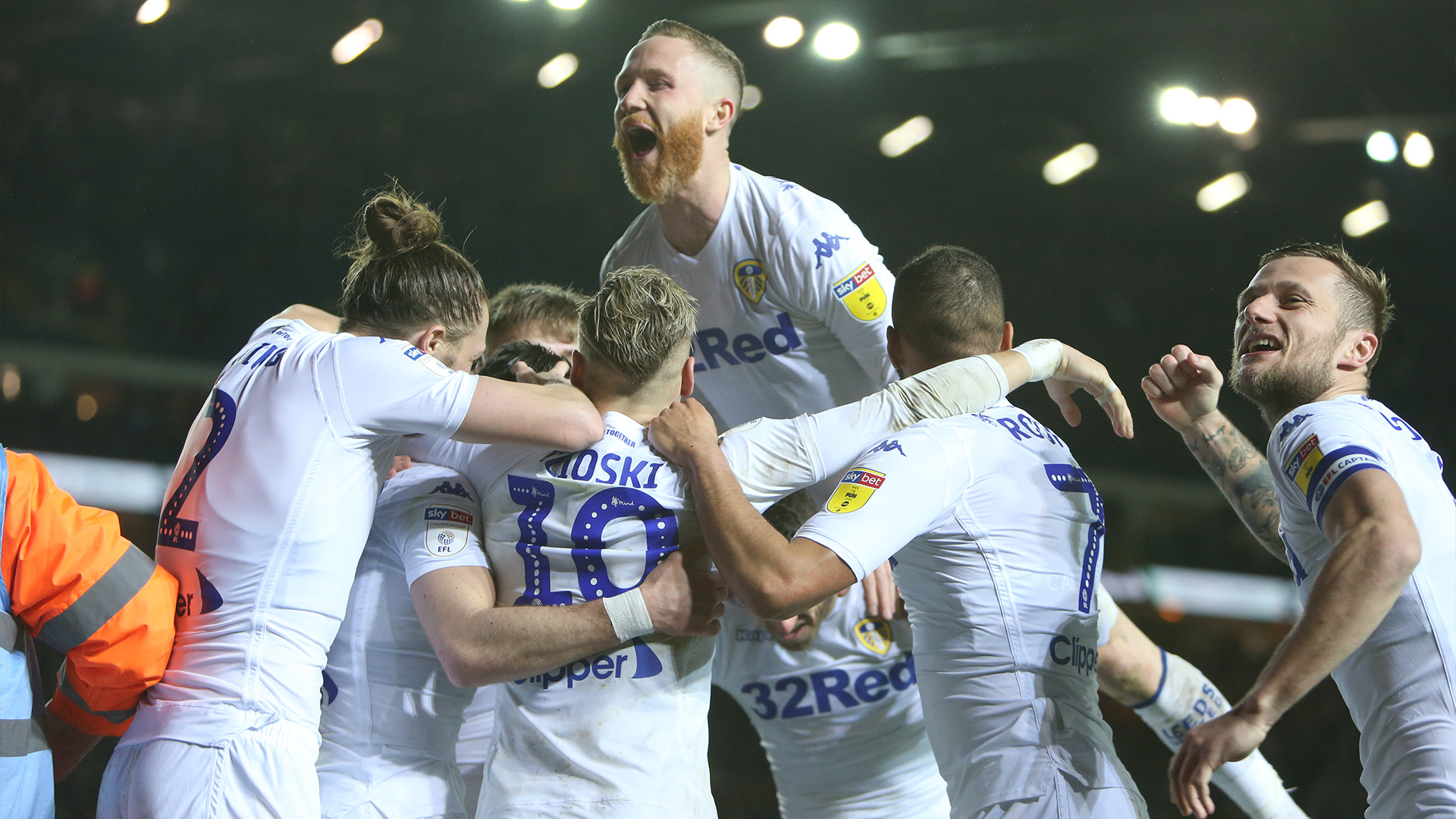 Frank Lampard’s Derby County introduced forward David Nugent for defender Andrew Wisdom at the break, but it didn’t have the desired effect as Leeds doubled the lead less than two minutes into the second period.  Clarke’s cross headed towards goal and Carson could only tip it out into the box, Alioski squared and Harrison couldn’t miss from close range.

In the 67th minute Leeds went close from an Alioski corner, Pontus Jansson provided a diving header which was just off target.

Clarke then played Leeds substitute Jamie Shackleton in on the overlap, he fired at goal from a narrow angle, with his effort fizzing across goal.

Clarke, who was a real handful for Derby on his first start then fired an attempt across goal and Roofe so nearly got on the end of it.

Derby substitute David Nugent and Lawrence fired long range efforts into the South Stand on a frustrating night for the visitors.

In the closing stages Roofe saw a shot blocked and the rebound fell to Hernandez who fired a volley wide, as the Whites saw out the three points to complete a league double over Frank Lampard’s Derby County. 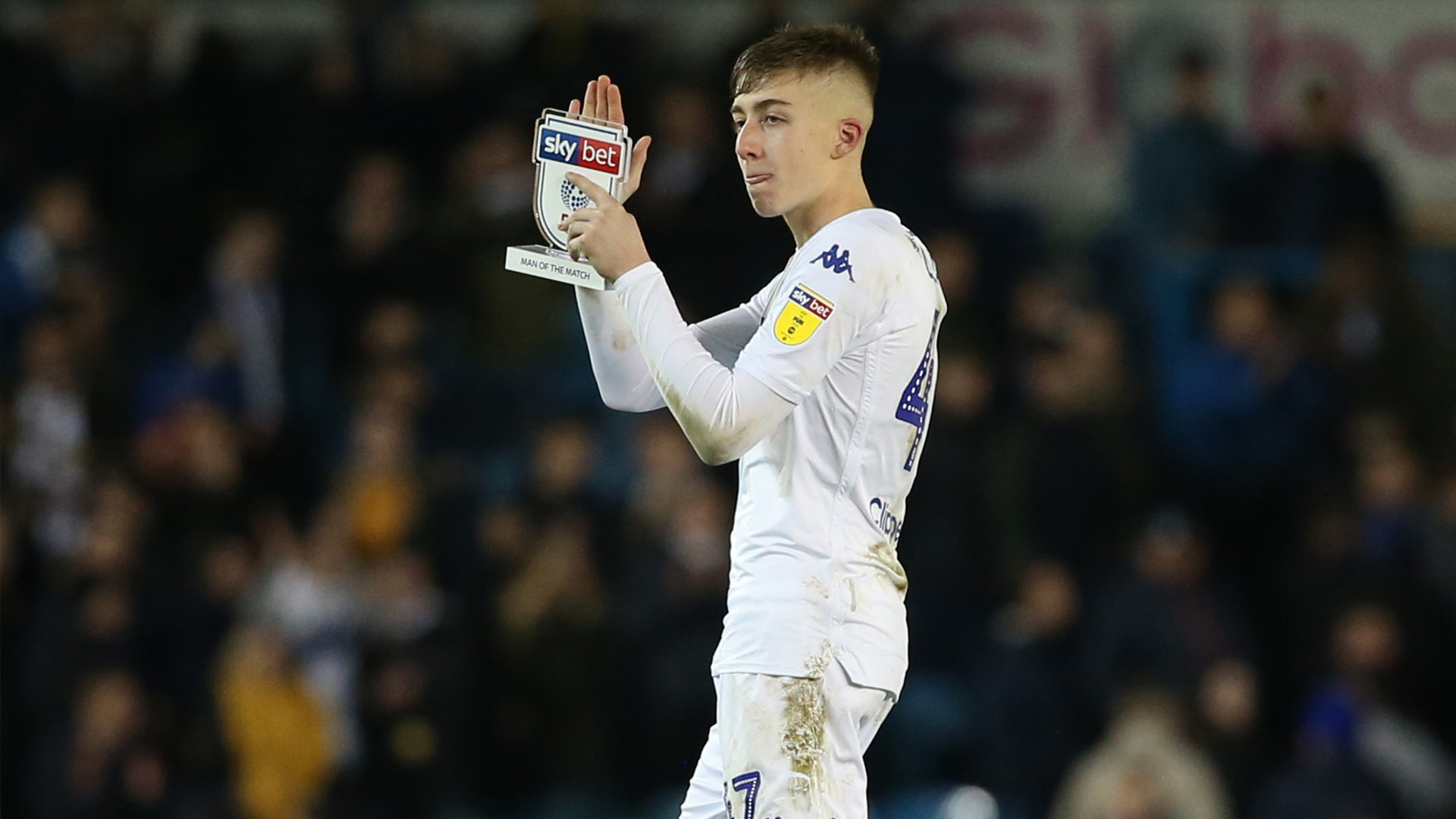