The Whites head to south to the Madejski Stadium looking to extend their unbeaten run to eight games.

Monk is hoping his side can continue the form shown ahead of the international break.

“We have been training well this week and the boys have returned from international duty,” said Monk.

“Lewie Coyle is back in training as well, which is a boost and good for the squad, only Tyler Denton remains injured.

“Chris Wood came back with a knock, we will continue to assess and monitor him, but we are confident he will be available for Saturday’s game.

“These breaks come and it is the same for every club, we have continued to put our best work in, to try and give us the best chance of coming out of it well on the other side.

“We were seven games unbeaten going into the break and we want to try and continue that, I’m sure our focus will be the same and we are ready for these next eight games.”

The last time the two sides met at Elland Road, Reading dominated possession, but Leeds came away with a 2-0 victory and Monk spoke about the style of play.

“As a team and a professional footballer, you should be able to adapt to certain situations and it is a good skill set to have.

“For me that is an added weapon that we have, the roles are very clarified and clear, there is no confusion and I think that has benefitted this group, they certainly enjoy it.”

United’s gaffer also responded to comments from Jaap Stam and Yann Kermorgant in the Reading camp.

He said: “We are very focused on ourselves, things outside of our control are irrelevant to us, we try to do our talking on the pitch and we will continue in that way.”

LUTV subscribers can see the full interview below:﻿﻿ 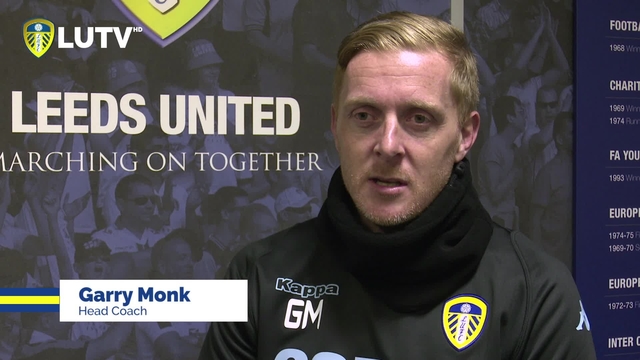 Name as many as you can in 10 minutes