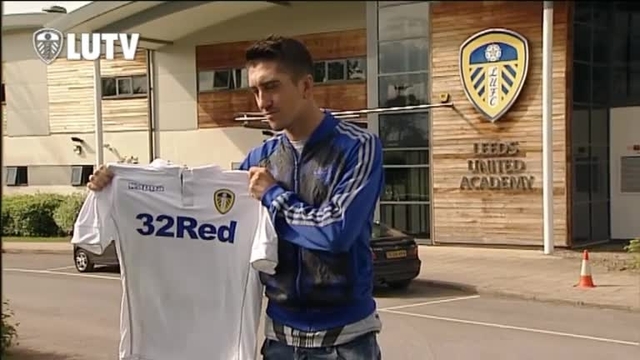 We are delighted to announce the signing of Spanish winger Pablo Hernandez on a six-month loan with a view to a permanent deal from Qatari side Al-Arabi.

Hernandez, who becomes Garry Monk’s seventh addition of the summer, could join United permanently during the January transfer window.

The 31-year-old, a Spain international and a graduate of Valencia’s famed youth system, played alongside and worked under Monk during his recent two-year stint in the Premier League with Swansea City, who he joined for a then club-record fee in summer 2012.

The vastly-experienced Hernandez arrives at Elland Road with over 130 La Liga appearances to his name and four full international caps.

His career to date has included two spells with Valencia, sandwiching a season with fellow Spanish outfit Getafe, and his two years with Al-Arabi also included a return to his homeland, spending the last campaign in the top-flight with Rayo Vallecano.

“It feels very good to be here,” Hernandez told leedsunited.com. “After knowing about the possibility of this move for a few days, I am very happy to get started.

“Coming to a big club in England is an unbelievable feeling for me – I’m just impatient to play the first game now!

“Garry and Pep know me because I played at Swansea for two years. In my first year, Garry was my team-mate and Pep worked in the club. In the second year, they were the coaches and they know me very well.

“When Pep called me about coming here, I said ‘yes’ straightaway because I know that Leeds are a big team in England with good fans.

“As soon as I knew about the possibility of coming here, that was the only thing in my head. I spoke with my family and they all know that this is a good move for me – they’re very happy for me to get this chance.”

Defender talks of his pride after Man City victory.