Adam Forshaw was on hand recently to congratulate two youngsters on the fantastic achievement of being called-up to the England Talent Pathway for disability football.

The Leeds United midfielder welcomed Rhys Swift and Finlay McNamara, who both train with the Leeds United Foundation, at Thorp Arch training ground along with their parents to personally commend them on behalf of everyone at the club.

Rhys suffers with a visual impairment and Finlay is profoundly deaf and both have played football from a young age, however they both found mainstream football when they were growing up that bit more difficult.

The pair then began training with the Leeds United Foundation pan disability teams and there they were able to play with other kids living with similar disabilities that understood the problems and difficulties faced when playing with a disability.

Oliver Souter, football coach at the club's official charity spoke about working with the duo and said: "These two boys both work really hard, I'm really impressed whenever they come to training or whenever they play in the Ability Counts League - which we play in once a month.

"They really do work hard for the team and it has been a pleasure coaching them. It's absolutely amazing what they've done and it's amazing how far they've got, I can't wait to keep coaching and developing them."

Congratulations once again to both of the young boys, who are massive Leeds United fans, on their achievements so far and good luck for the future.

If you would like more information about the disability programmes delivered at the Foundation please contact Anthony.Hall@leedsunited.com. 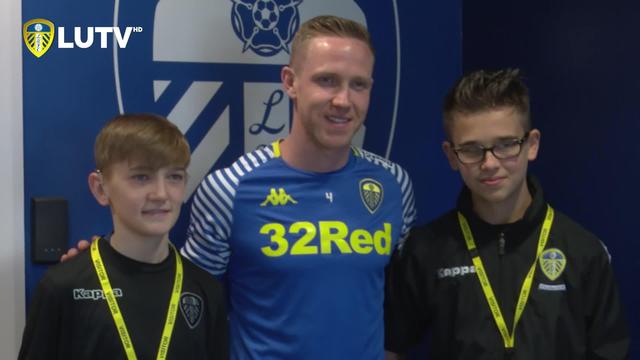 Whites lose against the Toffees.

Whites back in league action.