We look back at Charlton's glorious Leeds United career.

Following a successful trial at the age of 15, after being recommended by his uncle, Leeds United left back Jim Milburn, Charlton moved to the club in 1950 as part of the ground staff, before signing professional terms.  He was handed a debut against Doncaster Rovers on Saturday 25th April 1953 in a 1-1 draw at Elland Road.  This would be the first appearance of what would go on to be a club record 773.

After completing National Service which saw him make just a solitary appearance at the start of the 1954/55 campaign, Charlton became a first team regular throughout the following season.  With John Charles moved to attack, Charlton came into central defence and after featuring against Rotherham United in a 4-1 victory on Saturday 24th September 1955, went on to play in every match for the rest of the campaign.  In total Charlton played 35 times in all competitions during the 1955/56 campaign as Leeds won promotion to the First Division as runners-up (W23, D6, L13).

﻿Charlton made 21 appearances for Leeds in the club's first season back in the top flight, which ended with an eighth place finish (W15, D14, L13).  After the departure of captain and record goals-scorer John Charles to Juventus, Leeds struggled and narrowly avoided relegation in the next two campaigns finishing 17th and 15th.  Charlton scored his first and the winning goal in a 2-1 victory over Blackburn Rovers on Saturday 11th April 1959.  In the 1959/60 Charlton made 42 appearances in all competitions, scoring three goals, but couldn't prevent Leeds from being relegated back to the Second Division, by a point finishing in 21st position (W12, D10, L20).

Leeds’ first season back in the Second Division, saw the club finish in 14th place and following the resignation of Jack Taylor, Don Revie was named player-manager in March 1961.  Charlton and Revie hadn’t always been on the best of terms and one of Revie’s first moves was to deploy Charlton as a striker.  Charlton scored 12 goals in the 1961/62 campaign as Leeds narrowly avoided relegation to the Third Division.  Revie was prepared to let Charlton leave and he almost did with interest from Liverpool and Manchester United.  However, Charlton ended up signing a new contract at Leeds and Revie reverted him back to centre-half, stating he could one day go on to play for England in the future. 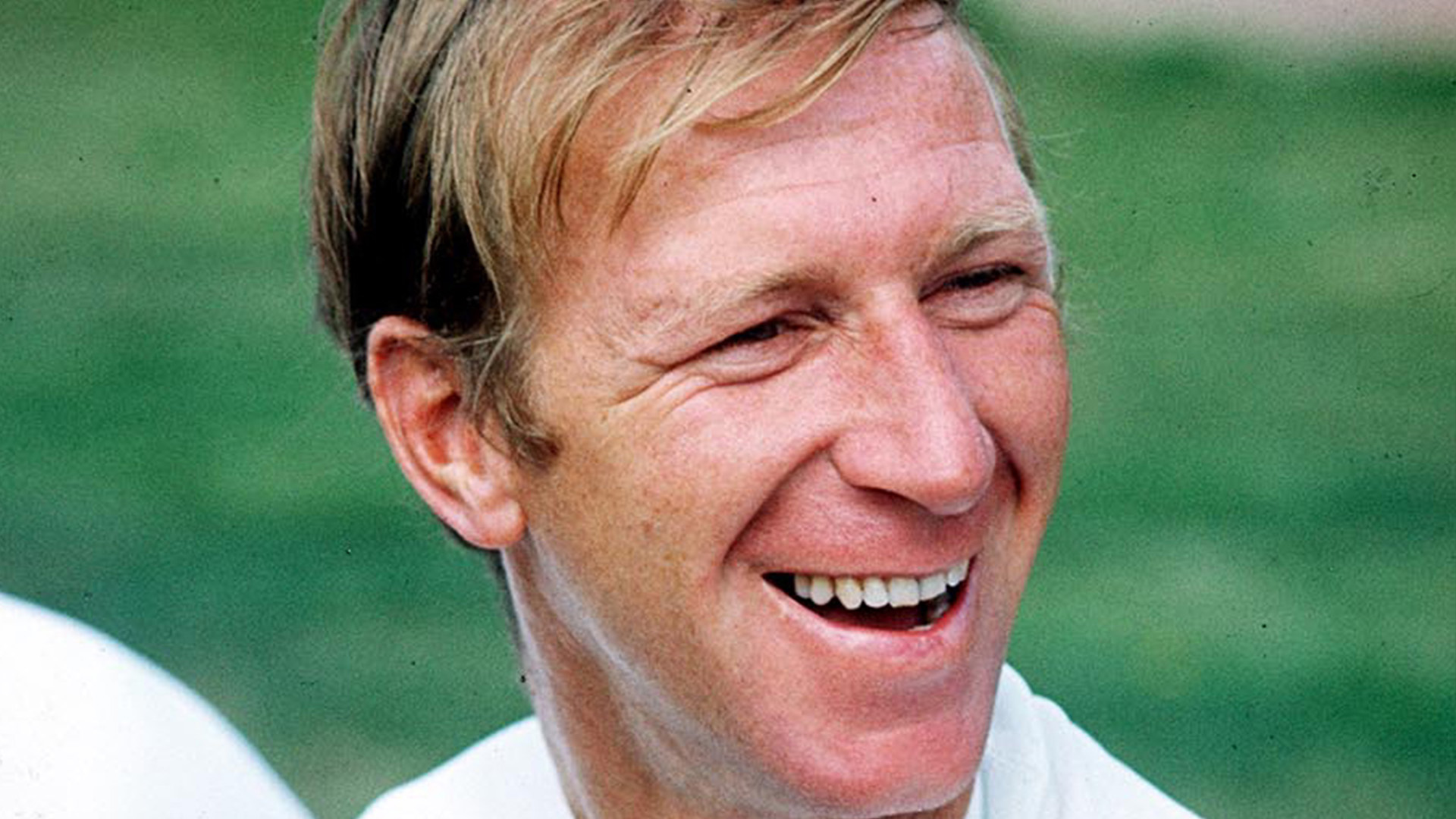 In the 1962/63 campaign, Revie embedded new blood into the side, with a number of young rising stars being given opportunities to play, with the side built around Charlton at the back.  Leeds’ league position improved dramatically, finishing in fifth place (W19, D10, L13).  Charlton played 42 times in all competitions.  The following season, Leeds were crowned champions of the Second Division for the second time.  Charlton featured in 25 league matches, helping the club keep nine clean sheets, as Leeds finished top (W24, D15, L3), undefeated at Elland Road all season.

Charlton got Leeds off to the perfect start on the club’s return to the top flight in 1964, heading home the winning goal in a 2-1 victory over Aston Villa.  Charlton played 49 times in all competitions for Leeds as the club finished as runners-up (W26, D9, L7), missing out on the title only by goal difference, having been tied on 61 points.  Charlton also helped Leeds reach the FA Cup final for the first time, which ended in a 2-1 by Liverpool.  His fine performances at the back for Leeds and upon becoming one of the best centre halves in the game, he earned a first England call-up in April 1965 against Scotland.

The 1965/66 season saw Leeds finish as runners-up again in the First Division (W23, D9, L10) once again, behind Liverpool and reach the semi final of the Inter-Cities Fairs Cup.  Charlton played 54 times helping Leeds keep 21 clean sheets.  He was selected for Sir Alf Ramsey’s 1966 World Cup squad and played in every game at centre back as England won the World Cup for the only time to date, defeating West Germany in the final.

Charlton was made captain of Leeds, but due to a superstition about his need to be last out of the tunnel, passed on the honour. The following season, Leeds finished fourth (W22, D11, L9) and reached the Inter-Cities Fairs Cup Final, with Charlton named the Football Writers’ Association Footballer of the Year after collecting 17 clean sheets at the back, whilst scoring seven goals. 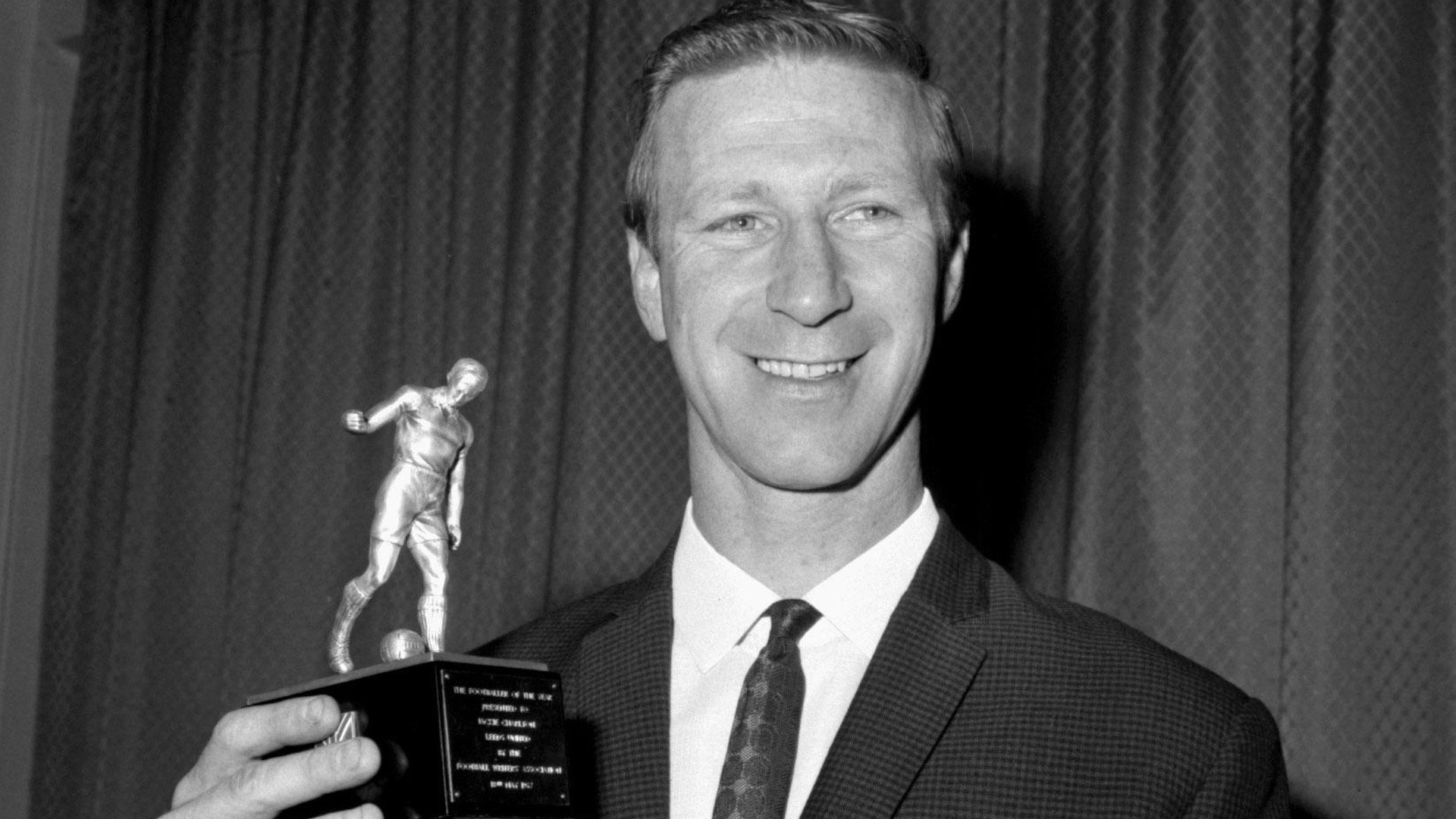 1968 saw Charlton the club pick up its first major honour, as Leeds United defeated Arsenal 1-0 in the League Cup final at Wembley, which was soon followed by the Inter-Cities Fairs Cup. Charlton scored a vital 87th minute goal in the third round second leg against Hibernian (his 60th for the club), to put Leeds through to the quarter final on the way to success.  He also helped Leeds keep two clean sheets against Ferencvaros in the final over two legs, as Leeds came away with a 1-0 win.

The 1968/69 campaign saw Leeds crowned First Division champions for the first time (W27, D13, L2), with Charlton playing in 41 of the 42 league matches and netting six goals on the way to glory.  Leeds lost just two games all season, racking up 67 points and recorded a staggering 25 clean sheets in a formidable partnership between Charlton and Norman Hunter.

Charlton netted what proved to be the winning goal in the 1969 Charity Shield, as Manchester City were defeated 2-1 at Wembley.  He was again on the score sheet at Wembley in the 1970 FA Cup final in a 2-2 draw, with Chelsea going on to win the following replay, as Leeds finished as runners up in the league, with Charlton making 51 outings in all competitions.

Leeds finished as runners-up for a third and fourth consecutive season in 1970/71 and 1971/72.  The Inter-Cities Fairs Cup was won by Leeds in 1971 with Charlton playing in both legs of the final against Juventus in a 3-3 away goals victory.   He featured 104 times across the two seasons alone, with Leeds fighting on all fronts for silverware and he finally got his hands on the elusive FA Cup to complete his domestic collection in 1972.  Charlton headed the winning goal in the Sixth Round against Tottenham Hotspur on the way to glory and lined up in the final as Arsenal were defeated 1-0.

The 1972/73 campaign proved to be Charlton’s last for Leeds.  After he was unable to be fit for the FA Cup final which Leeds had again made, he announced his retirement, with his last game and 773rd game coming against Southampton on Saturday 28th April 1973.  He retired a one club man and no player has made more Leeds United appearances than Charlton.  He left a club legend and was part of the club’s most successful era to date.  He is also the ninth all time top scorer of the club with 96 goals. 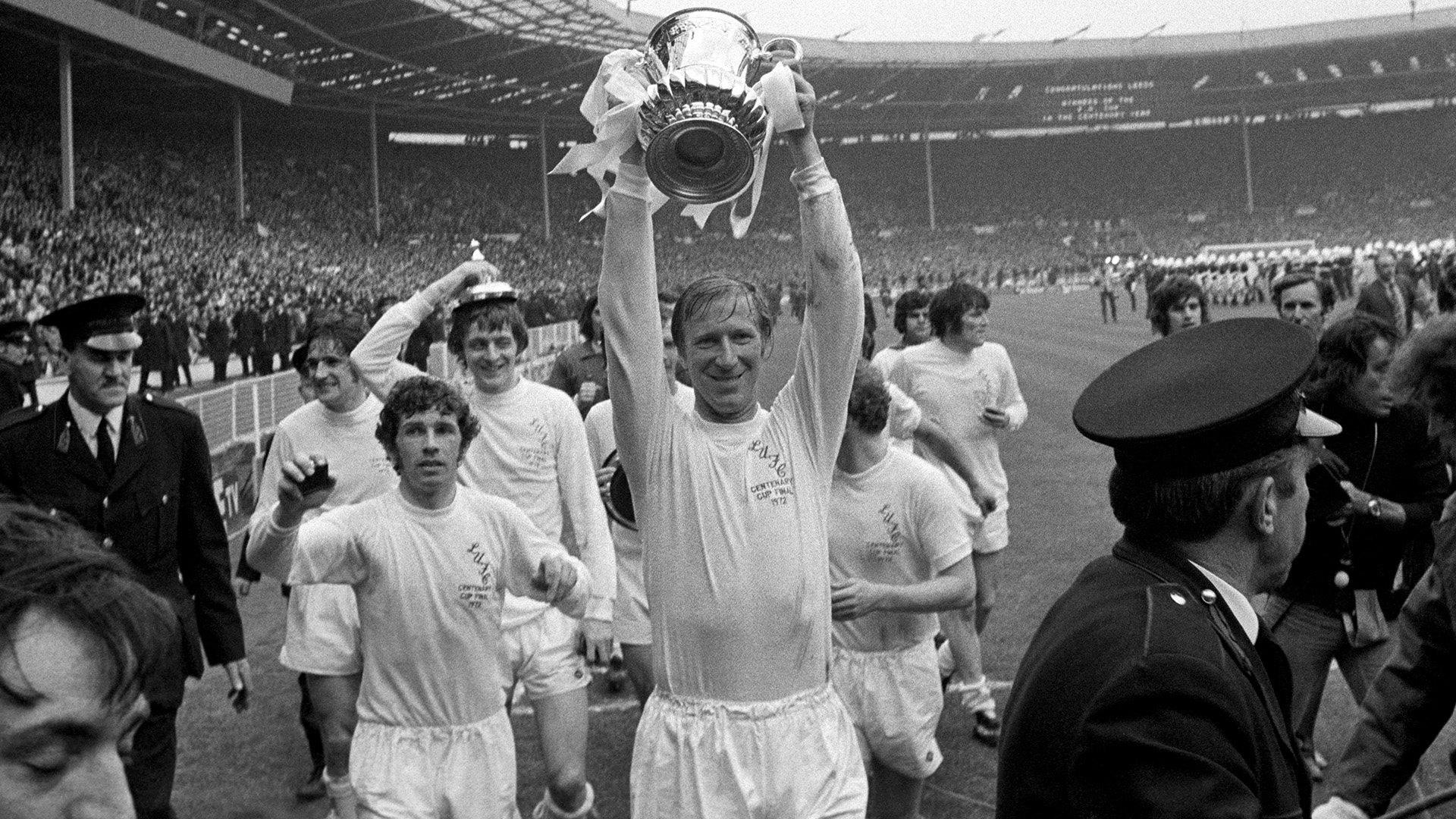 Your chance to own a match-worn Leeds United shirt.