Klich opened the scoring in controversial circumstances, with Jonathan Kodjia down injured, which led to a melee on the field.

Whites head coach ordered his side to allow Aston Villa to equalise and Klich spoke both about the incident and the game itself.

“I didn’t see the Aston Villa player laying on the ground,” said Klich.

“The referee didn’t stop the game and I thought we were playing on and I got the ball and was focused on the action.

“If I’d seen he was injured then I wouldn’t have done this, but it happened and we gave them a goal and it finished 1-1.

“In the last couple of games we have had a bit of a problem with scoring goals and we need to recover ourselves for the game against Ipswich, score more goals and build momentum for the Play-Offs.

“We need to build our confidence up, get a good win against Ipswich and we want to win the Play-Offs.

“We don’t want to waste our season, we’ve come so far and we want to go to Wembley and win, we need to do everything to build our confidence and fitness and win, that is all that matters to us.” 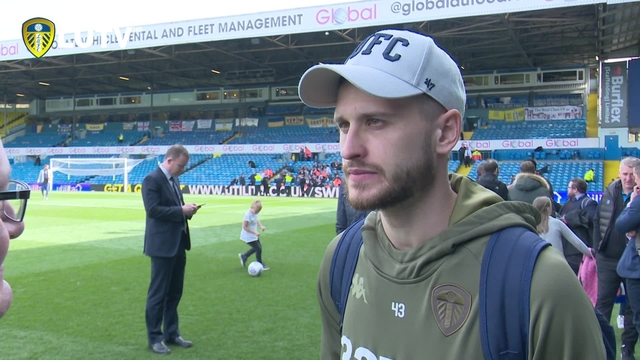 Head coach ahead of Brentford clash.