The striker thanked the Whites for the faith shown in him and can’t wait to get going in the famous number nine shirt.

“It feels brilliant, it means a lot that the manager and the club have put their trust in me, hopefully I can repay them- I think it is going to be a good season,” said Bamford.

“I saw the interest in the press about a week and a half ago and I was interested- Leeds was a big club looking at me.

“It kept going with more paper talk, before Leeds lodged a bid with Middlesbrough and it started becoming a reality.

“I remembered Leeds from last season when we played at the Riverside, random things can stick in your mind and the away fans and the noise they made stuck with me and it is great to be part of such a big club.

“I try and score goals obviously being a striker, but I also try to bring other things to my game as well and hopefully the fans will enjoy watching me.

“I can see the project, I knew Victor Orta from his time at Middlesbrough and I spoke to him and he explained the philosophy with bringing the new manager in, the football Leeds want to play and what everyone wants to achieve, which sold it to me straight away.

“Leeds is a massive club, I know it’s a cliché to say I’m joining a big club, but it is true and that along with the project made it easy to convince me.

“I’d been speaking to Adam Forshaw ever since I knew about the interest and he was egging me on to come and we’re good friends.

“I’ve been needing to play up front and wanting to be the main man somewhere for a long time and Leeds have offered me that opportunity, so it is really something I grabbed with both hands.

“I’ll try and play my part for the team, even if I don’t always chip in with goals, I’ll always try and help the team and as long as we win, that is the main thing.

“I’ve come here to help get this club back to the Premier League and that has to be the aim of everybody.” 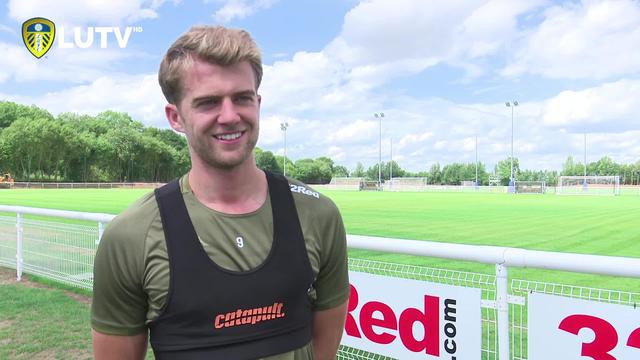