Tyler Roberts took part in one final zoom call ahead of the last match of the 2020/21 season in support of the Premier League wide No Room For Racism (NRFR) campaign with young pupils from Holy Trinity Primary School in Rothwell.

The online session took place in the final week of what was an incredibly successful first season back in the Premier League for Leeds United, with the Wales international not only making a difference on the pitch but also off it through his hard work helping to tackle racism, discrimination, and inequality in the local community and further afield.

The teachers and students at Holy Trinity Primary School work closely with the Premier League Primary Stars (PLPS) coaches at the Leeds United Foundation, developing their skills and increasing their knowledge on important subject matters, such as Equality, Diversity, and Inclusion (ED&I).

Following one of the ED&I workshops with the club's official charity, pupils from Year 5 were joined by the Leeds United forward to take part in an exclusive Q and A session that included discussions around racism and how often it appears in the world of football, the work of social media companies and the effects on mental health along with learning more about the Premier League’s ‘Draw Together Challenge’.

The creative challenge was launched earlier in the season to encourage youngsters to draw or paint a picture on the theme of allyship, detailing positive thoughts and actions they would take to help challenge discriminatory behaviour. During the online session both Tyler and the children took part in the challenge, drawing pictures to showcase what equality and inclusion means to them. 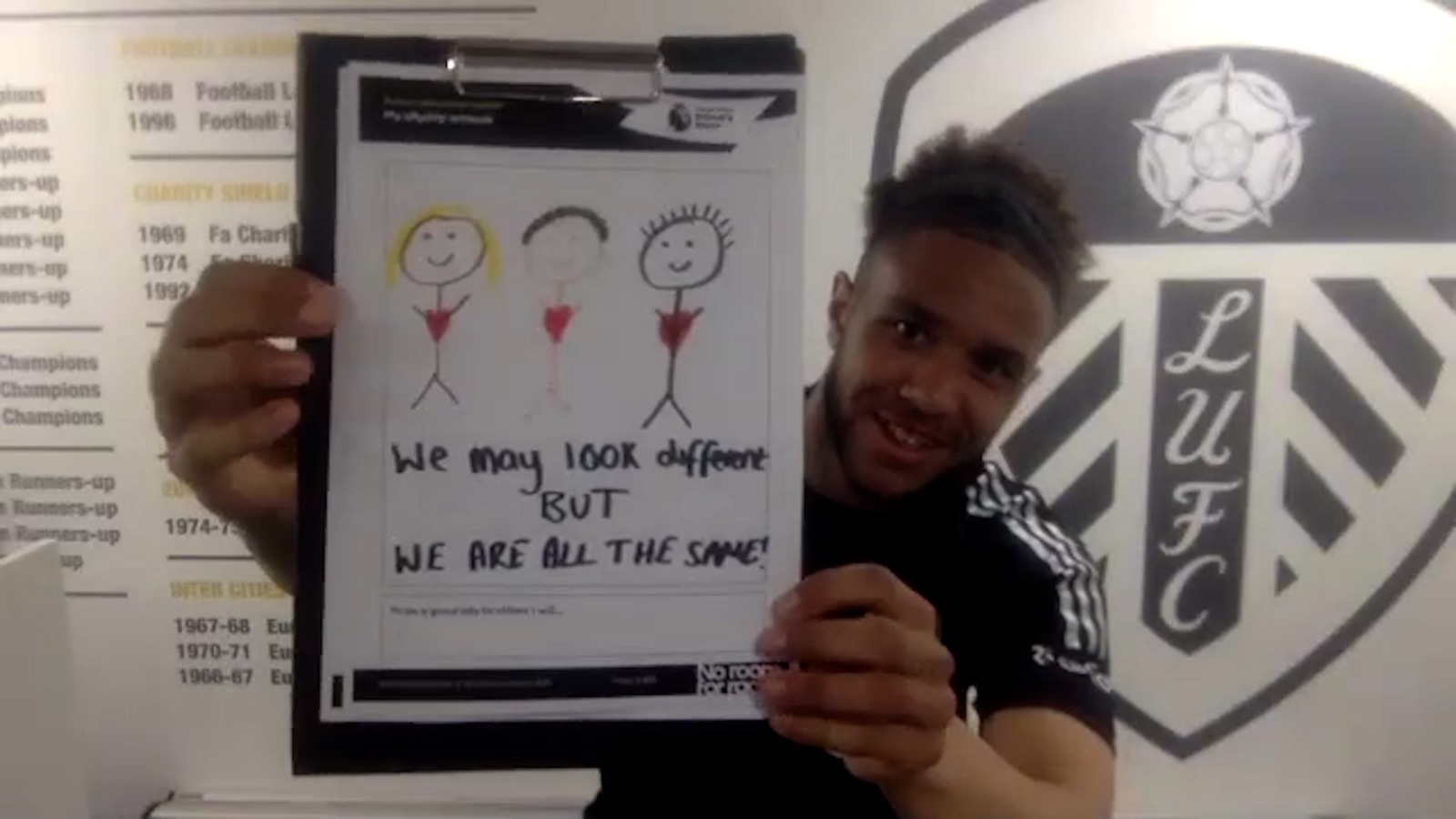 The 22-year-old, who has just signed a new contract with the club, spoke to LUTV after the call and said: “Today we’ve done a No Room For Racism Primary Stars project with Holy Trinity School in Rothwell, and it was great to talk to the kids about the Premier League campaign and equality and hopefully I was able to inspire them and teach them about the things that we need to be doing to make sure the future is a more equal place.

“Discrimination is particularly bad on our mobile phones with people writing negative comments, so that’s the one thing that everyone needs to be careful of and especially the younger generation should be aware of. It’s important for them to make sure that if they’re sending comments on social media, it’s nice, positive messages - otherwise you just shouldn’t say it.”

The 'Draw Together Challenge' comes to a close today with submissions being made for individual students in Key Stage 2 (7 to 11-year-olds) and group submissions for Key Stage 1 pupils (5 to 7-year-olds).

The artwork and pledges of 20 pupils will be selected at random to be displayed in a No Room For Racism gallery on the Premier League website, with other prizes up for grabs.

For more information on the Premier League Primary Stars programme and the work being done to support the NRFR campaign, please contact Mathew.Everett@leedsunited.com.

Enjoy a great day out this winter!