Leeds United came together with football clubs from across the country this weekend to help kick off the biggest conversation on mental health.

Showing support for the Heads Up Weekend which has been spearheaded by HRH The Duke of Cambridge, the aim of the campaign is to harness the influence and popularity of football to normalise conversation regarding the topic of mental health.

With over 15 million football fans in England, Heads Up aims to use the power of football as a way to show the nation that we all have mental health and it is just as important as our physical health. We will all face ups and downs in life which will affect our mental health, but we can all do more to support each other - and that starts with talking.

Over the past two seasons, the EFL has joined forces with Mind, the mental health charity, to help improve football’s approach to mental health and raise awareness around the country. Ahead of the Heads Up Weekend, Leeds United duo Kalvin Phillips and Ben White sat down with a representative from Leeds Mind to talk in depth about the campaign and how important it is to speak to someone if you are struggling with your mental health.

Charli Brunning, Corporate Fundraising Officer for Leeds Mind, said: “This campaign is all about encouraging the largest discussion around mental health ever and we’re using football as a catalyst for that. The Heads Up initiative comes from Heads Together and The FA and Mind are one of eight mental health partnerships that have been brought together to discuss the importance of talking and making sure everyone knows they can reach out for help and that it’s OK to not be OK – mental health is just as important as our physical health.

“The reason we’re doing the campaign through football is to try and break into this hard to reach demographic in the male population. It’s reported that suicide is the highest killer of men under the age of 45, with peaks in the late 20s and then again from 40 to 49.

Leeds United midfielder Kalvin Phillips added: “I think it’s massive that football is helping to raise awareness around mental health, a lot of people have come out recently to say they’ve been struggling over the years and it’s great that more people are starting to realise and trust that they speak up and talk to someone if they’re struggling.

“Relating it to footballers, as young players especially you can see stuff on social media which can affect you and I think that it’s become one of the main things that are causing people problems, social media has a bad reputation now for being negative and effecting people so it’s being mindful of that.”

Whether you or someone you know is struggling, or if you want to help dispel the stigma around mental health, kick off a conversation around the topic using #KickOffAConversation and #HeadsUp.

Those wanting immediate support can text ‘HeadsUp’ to 85258 to connect with a trained crisis volunteer – a service run by ‘Shout’ and powered by Crisis Text Line, which is available 24/7 and free to text from most mobile networks.

Take a look at the video here. 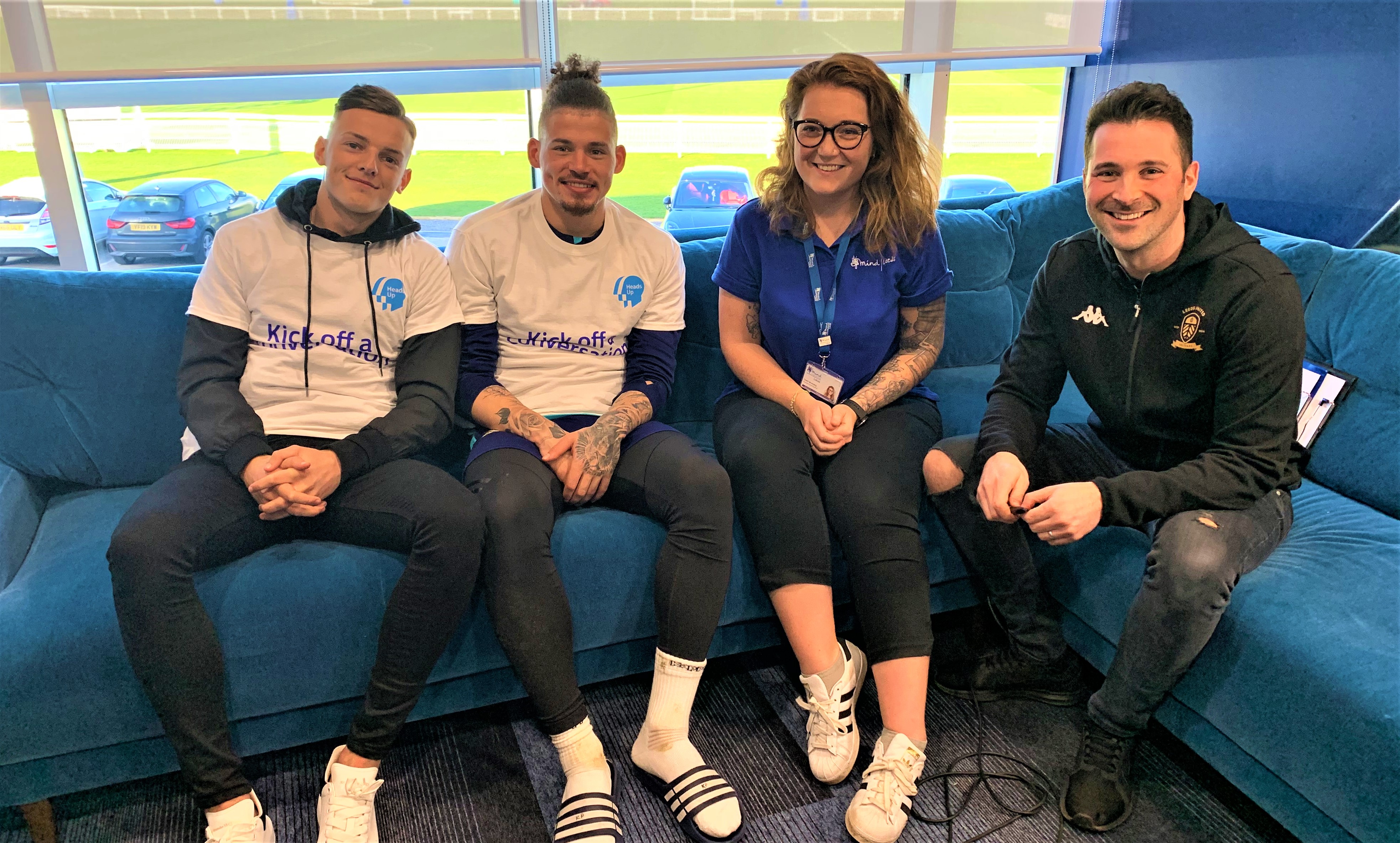