The Leeds United winger was on hand to meet with young students taking part in a Primary Stars PE session with coaches from the club’s official charity. The class had spent time researching the player currently on loan from Premier League side Wolverhampton Wanderers ahead of his visit, discussing his position on the pitch and learning about how he supports his teammates and how this can be translated into other situations in life, especially at school when working as a team to achieve something.

During the appearance, Costa watched on as the youngsters played a number of games all linking back to how they could support each other and help their fellow classmates. With the help of a bilingual young student who helped to translate between English and Portuguese he then spent time chatting one-on-one with some of the pupils, offering advice and asking questions about the programme before having photos taken, signing autographs and handing out some certificates to those that had excelled during the lesson.

Coaches from the Leeds United Foundation work at Roundhay School Primary Campus five days a week, supporting teachers and helping to inspire the young pupils through the power of sport and encouraging the children to become more engaged with their curriculum, assisting them with their studies. 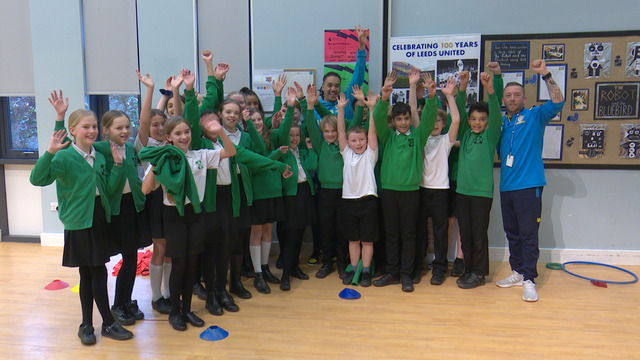