Leeds United player invited down to University to help with recovery

Leeds United’s Izzy Brown was invited down to Leeds Beckett University recently to help with his return from injury.
The loan signing from Chelsea had surgery nine months ago and is now working his way back to full fitness, he was asked to go down to the university as part of his recovery where he was given the chance to use some of their world class facilities to test his strength, power and agility.
The club has been building a partnership with Leeds Beckett over the last few years which continues to grow with students having the chance to gain experience working with the science and medical department at Thorp Arch and in turn the club is being given the opportunity to use facilities at the university they may not usually have access to so readily.
The midfielder spoke to LUTV during the visit to Leeds Beckett University and said: “It’s gone really well here today; I’ve just been doing some hop tests and jump tests to see the strength in my right leg compared to my left. It’s great that they have these facilities here where injured players like myself can come and do tests that we might not necessarily be able to do at the training ground.
“After watching the lads during the matches I just want to get out onto the pitch and play but I know I’ve got to wait for my time and hopefully do everything right, get stronger everyday and be back before anyone knows it.”
First Team Physiotherapist for Leeds United, Daryl Carter, added: “We’ve got a great relationship set up with the university where we can come and bring players down to use their facilities, it’s all top of the range equipment we can use to measure their strength and performance and that enables us to have a much better idea of where players like Izzy are in their recovery and how close they are to being able to return to training and then playing.
“Today we’ve been looking at hop testing, distance, how the hop compares from left to right, his landing and how he controls the landing. We’ll also look at some functional tests around agility to see how quickly he can turn on his left and then his right and again if it’s symmetrical and then lastly we’ll look at strength, where we’ll see if his strength is equal left to right and if the muscles around his knees are balanced.”
Dean of the Carnegie School of Sport, Peter Mackreth, said: “We’re delighted to work with Leeds United to support their players in being the best they can be.  As a University with world-leading expertise and facilities in sport science, we’re keen to use these to positively impact the reputation the City of Leeds has for sporting excellence.  Leeds United have had a great start to the season, and we hope our small contributions will help them in their quest for promotion to the Premier League.” 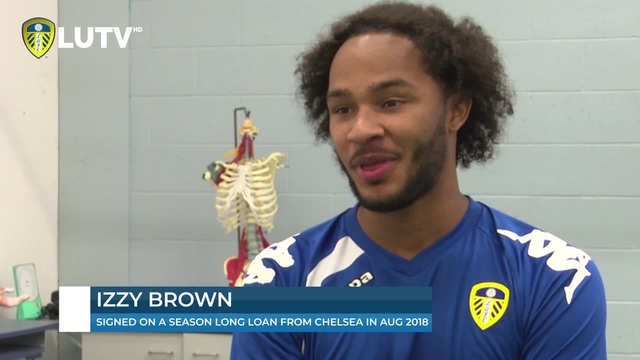