Tyler Adams has spoken to LUTV after the midfielder joined the club from RB Leipzig, becoming the latest summer signing for Leeds United!

The 23-year-old has signed a contract until 2027 with the Whites and links back up with Jesse Marsch, who coached him previously in his career, and also with international teammate Brenden Aaronson.

The USA international spoke of his desire to join the club and the main reasons behind the move.

“Walking in for the first time, meeting people today at the training ground and coming to the stadium, which is empty now, but I can’t wait to play in front of a full crowd!

“I know a little bit about the club. I watched the documentary which is quite popular and I was able to learn a lot of important things about the club.

“The one thing for me is the passion of the fans and the city, what it requires to be a Leeds United player.

“So far what I have heard is that it’s electric here. Talking to my friends who have played in the Premier League, they say it’s one of the best atmospheres they have ever played in.

“Now to have those fans supporting me, it’s going to be something special.” 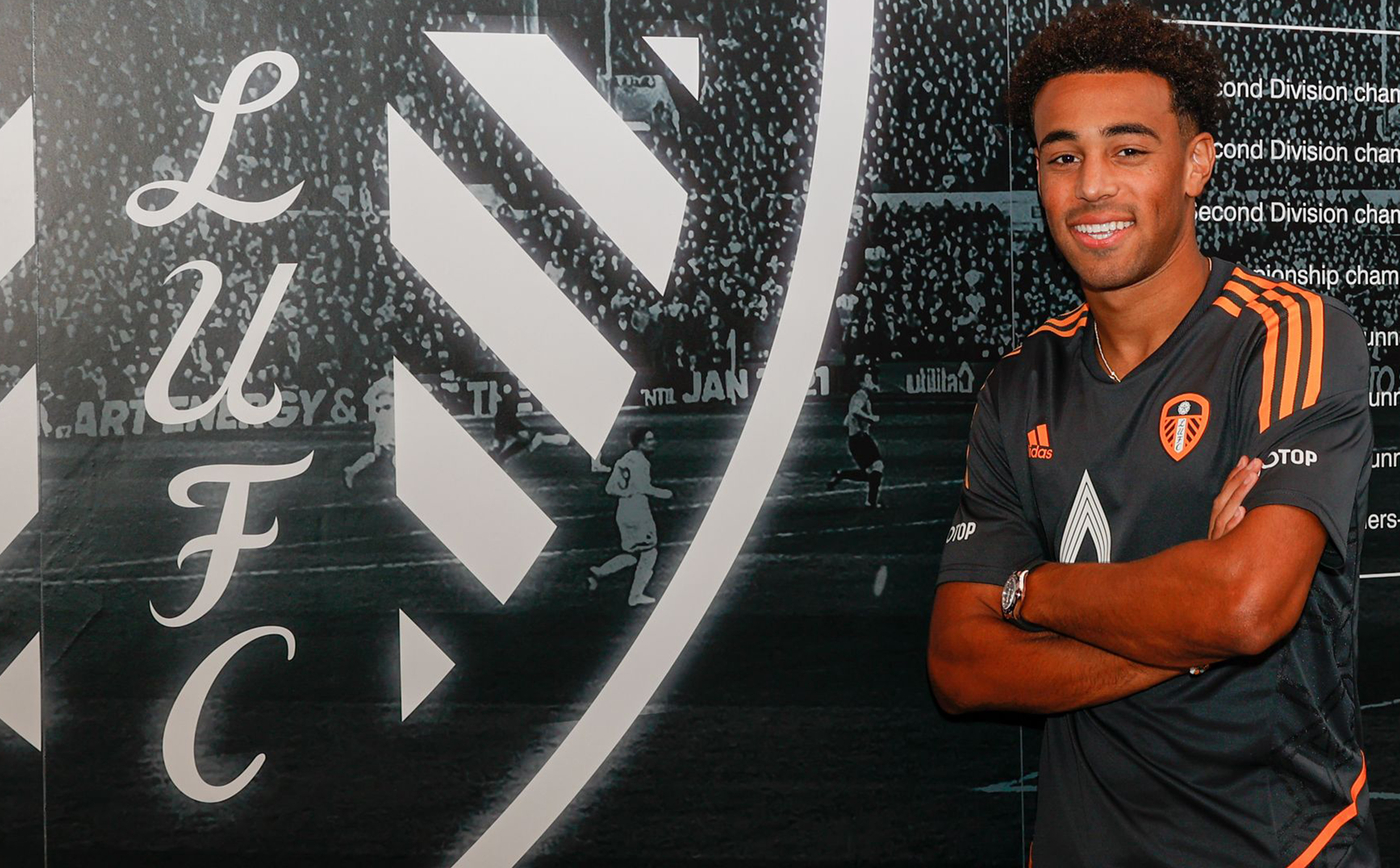 Adams brings the experience of international football, as well as top level experience in both Germany and the USA, as well as playing in the Champions League.

The versatile midfielder stated to the fans what they can expect to see from him on the pitch now he’s signed, as well as going into his career so far.

Adams said: “I love to win the ball, press hard, run hard and most importantly, compete to win. I’m the biggest competitor, so whatever it takes in order to win games, that’s what I’ll do!

“I’ve played under different coaches who had different styles of play, I’ve had to adapt and offer a wide variety of styles to my game.

“For me, [Bundesliga] it’s also one of the best leagues in the world so I have been playing against good teams like Bayern Munich and Borussia Dortmund, so I think that’s set me up for success to come here now.

“Playing in the MLS first at New York, I was able to start at a pretty young age and get a lot of games under my belt before transitioning to RB Leipzig.

“Fortunately enough my coaches have played me in some big games, big moments and given me the experiences I’ve needed to gather experience as a young player.” 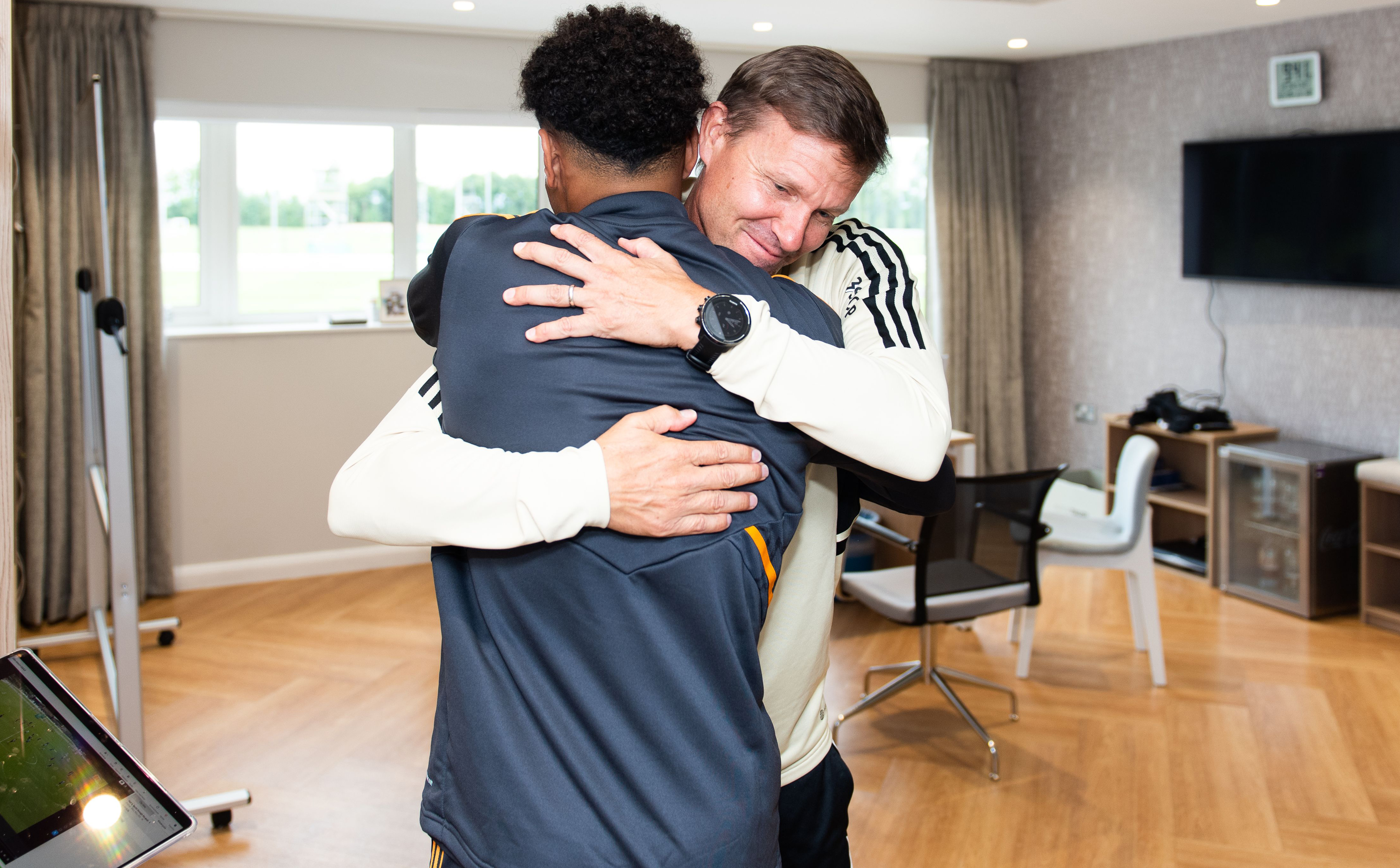 Tyler and Jesse Marsch are reunited at Thorp Arch!﻿﻿

Tyler will now be reintroduced to some familiar faces and he can’t wait to get going in a league he has always dreamed of playing in.

“Jesse [Marsch] was a huge influence on my career so far, he’s given me a lot of experiences as a young player that other players may not have received.

“So, he was definitely a big influence [in coming to Leeds United] and so was Victor Orta, he played a big role for me. There wasn’t much convincing he needed to do for me to come here, but he had a great plan in place for me to develop as a person and a player.

“Then Brenden Aaronson, we play together for the national team, Jack Harrison I’ve had the opportunity to play against him a bunch of times and he’s a great player, so they made me really comfortable on my first day.

“For me growing up, it was only watching the Premier League, that’s all I had on the TV. I would always turn that on and watch every game whichever I could get my eyes on.

“So coming to the Premier League was always a dream of mine and now I am able to experience it.

All the action from the FAWNL Plate win.