Leeds United star Kalvin Phillips has been named the BT England Men’s Player of the Year for 2020/21 after an incredible first year on the international stage.

Having made his debut for the England senior team back in September 2020 against Denmark, the fan favourite has gone on to win 15 caps, starting every game of England’s run to the UEFA EURO 2020 final and gaining well-deserved plaudits along the way.

The honour caps a real breakthrough period for the midfielder, rising from the Championship to the Premier League to become a Three Lions regular all in the space of a year.

England fans voted in their thousands for the 25-year-old ahead of Mason Mount and Raheem Sterling who finished in second and third place respectively.

Phillips was presented with the special award whilst back at St. George’s Park as the England team prepare for the 2022 FIFA World Cup qualifiers against Hungary, Andorra and Poland.

Huge congratulations to our Yorkshire Pirlo who continues to impress for club and country. 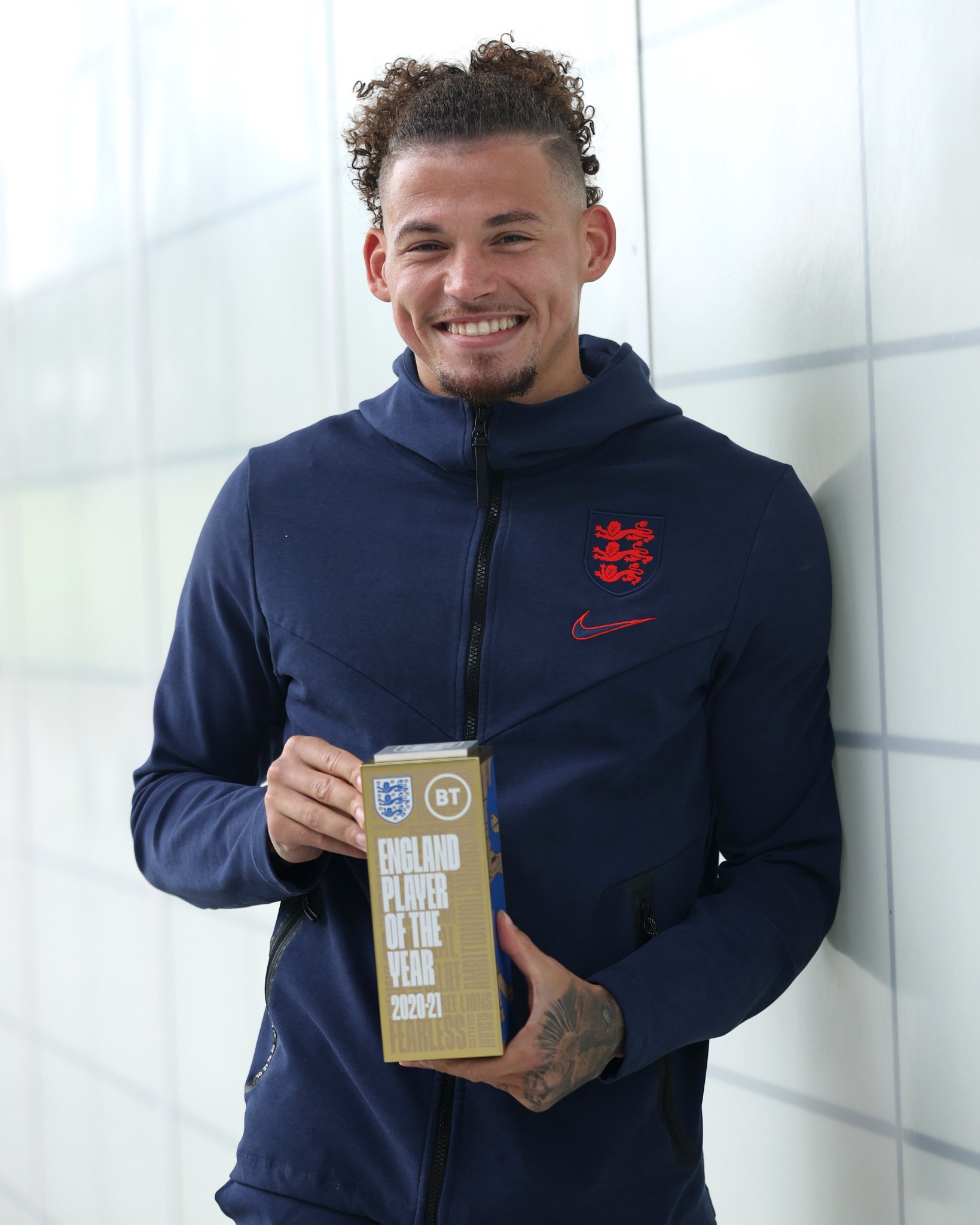