Duo to leave at the end of the campaign.

Leeds United can confirm two more of our promotion heroes, Gaetano Berardi and Pablo Hernandez, will sadly leave the club at the end of the season.

Both players have had a huge impact at Elland Road and will go down in history, for being part of the group which got Leeds United back to the Premier League after a 16-year absence.

The club cannot put into words the gratitude and thanks we share for both players.

Their loyalty, dedication and enthusiasm both on and off the pitch is unquestionable, they are model professionals and extremely popular in the dressing room. 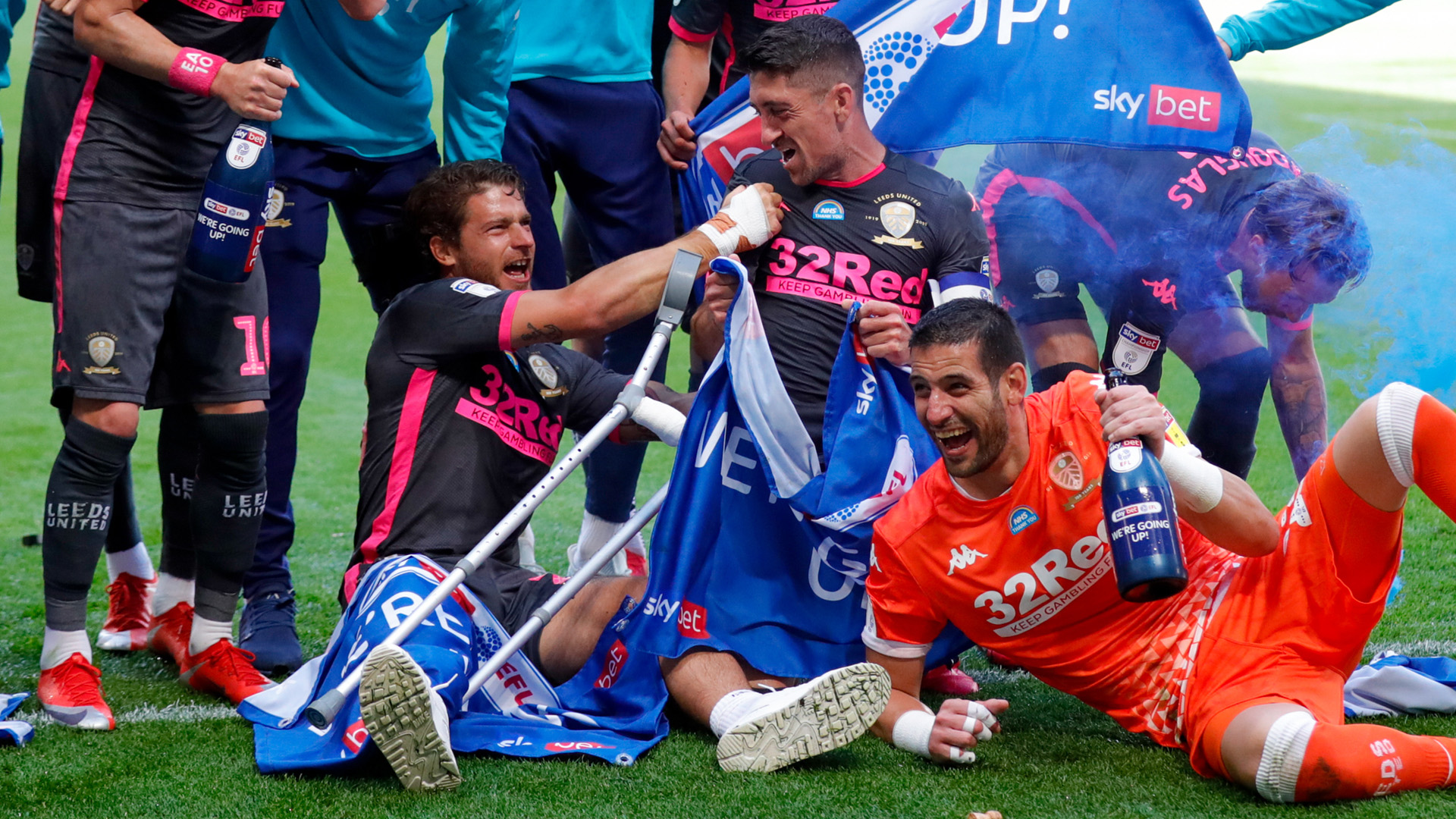 Berardi arrived at Leeds in the summer of 2014 from Italian outfit Sampdoria, having been capped once by his native Switzerland and is the club’s longest serving first-team player.

He made his debut in the 2-1 victory against Accrington Stanley in August of that year and became renowned for always giving 100 per cent and showing a “side before self” attitude, meaning Berardi quickly became a cult hero at Elland Road.

His second season saw him make 29 appearances in all competitions and he made the same amount in the following season, which saw Leeds narrowly miss out on the Sky Bet Championship Play-Off places, finishing seventh. 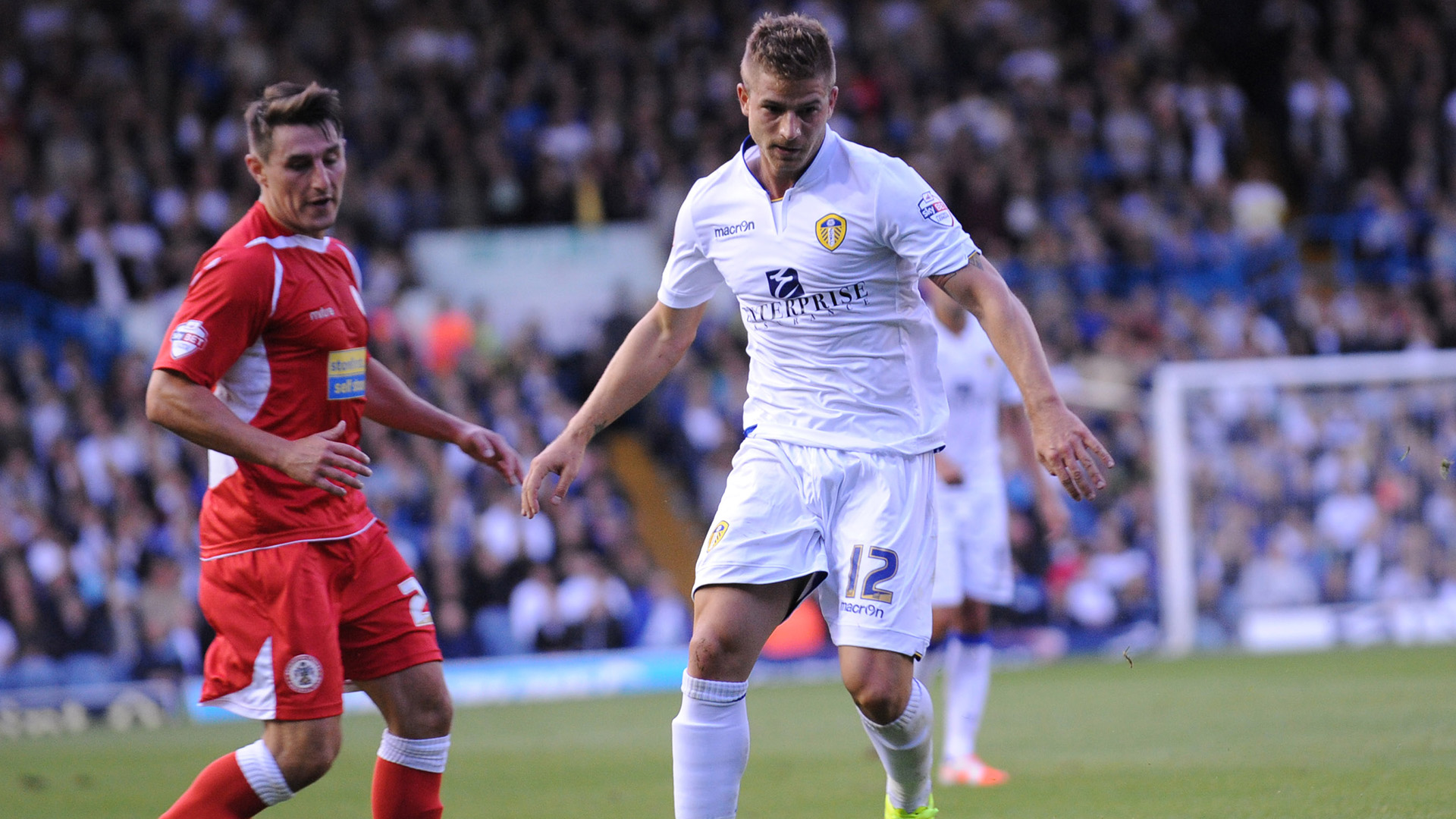 The 2017/18 campaign saw Berardi make his 100th appearance for the club, captaining the side at St Andrew’s against Birmingham City, before scoring his first Whites goal against Newport County.

The arrival of head coach Marcelo Bielsa at the start of 2018/19 saw Berardi switched from his usual full-back position to centre-back and despite a serious hamstring injury which saw him ruled out for a large chunk of the campaign, he still made 15 appearances as Leeds reached the Championship Play-Offs, but ultimately missed out on promotion.

Targeting redemption after being sent-off in the Play-Off semi-final second leg of the previous season, Berardi began 2019/20 with a goal away at Salford City in the Carabao Cup, his second ever for the club. He went on to play a key part in helping Leeds win promotion to the Premier League making 24 more appearances in all competitions as the Whites made history. 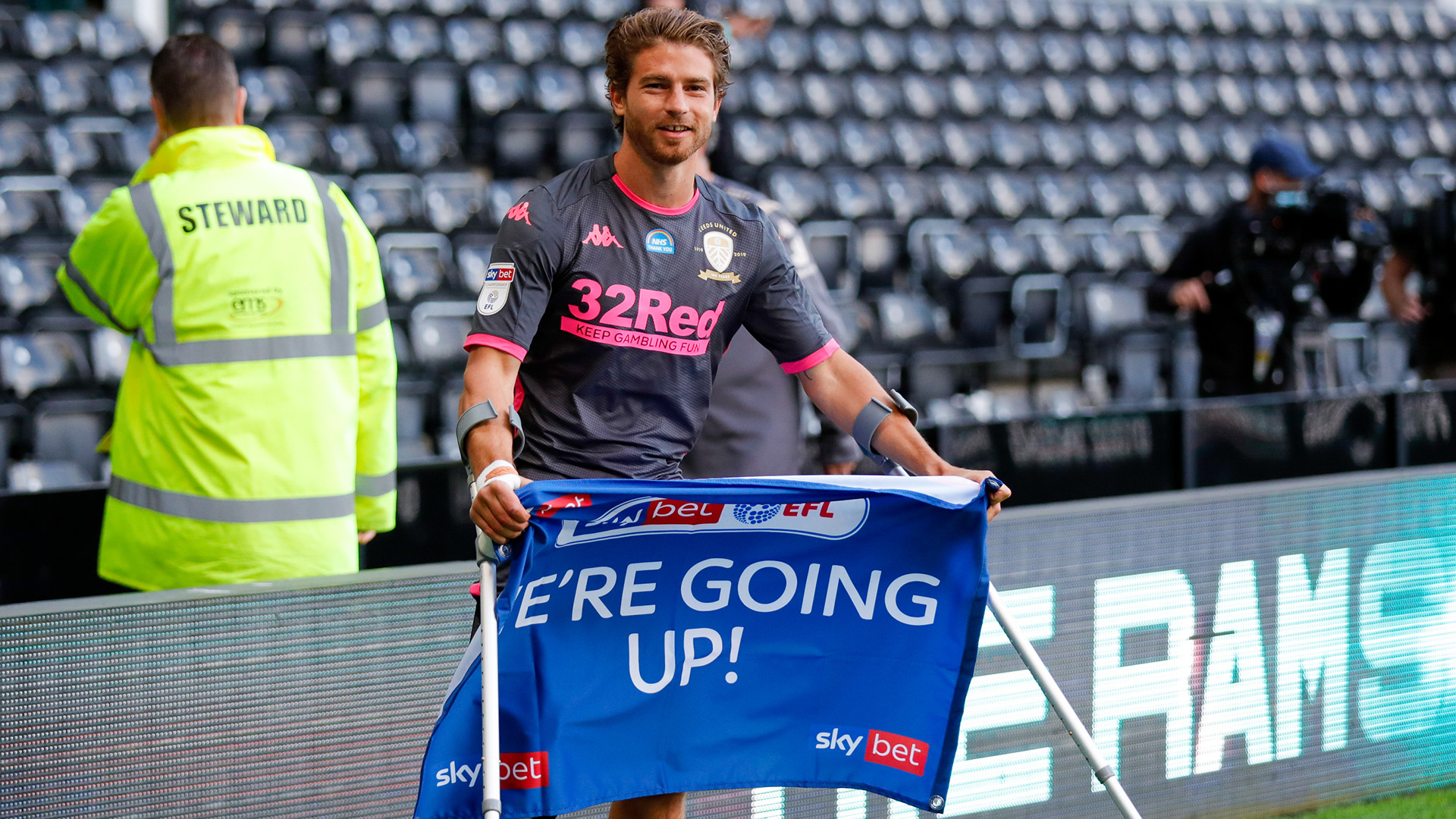 Berardi’s “side before self” attitude was again highlighted after the season was temporarily suspended due to the Coronavirus pandemic. With the campaign having to extend into June and July, when Berardi’s contract would have expired, he risked his future by signing a short-term deal, to ensure he could achieve his dream of helping Leeds United win promotion to the Premier League, which he did.

However, in the penultimate game of the season, away at Derby County, with top-flight status now secured after West Bromwich Albion lost to Huddersfield Town, Berardi unfortunately suffered a serious knee injury.

He was given a further extension until the end of this season to help him through his rehab and he has since recovered, played a part of the matchday squad on a regular basis throughout the current campaign, and made his first ever Premier League appearance as a second-half substitute away to Southampton last Tuesday. 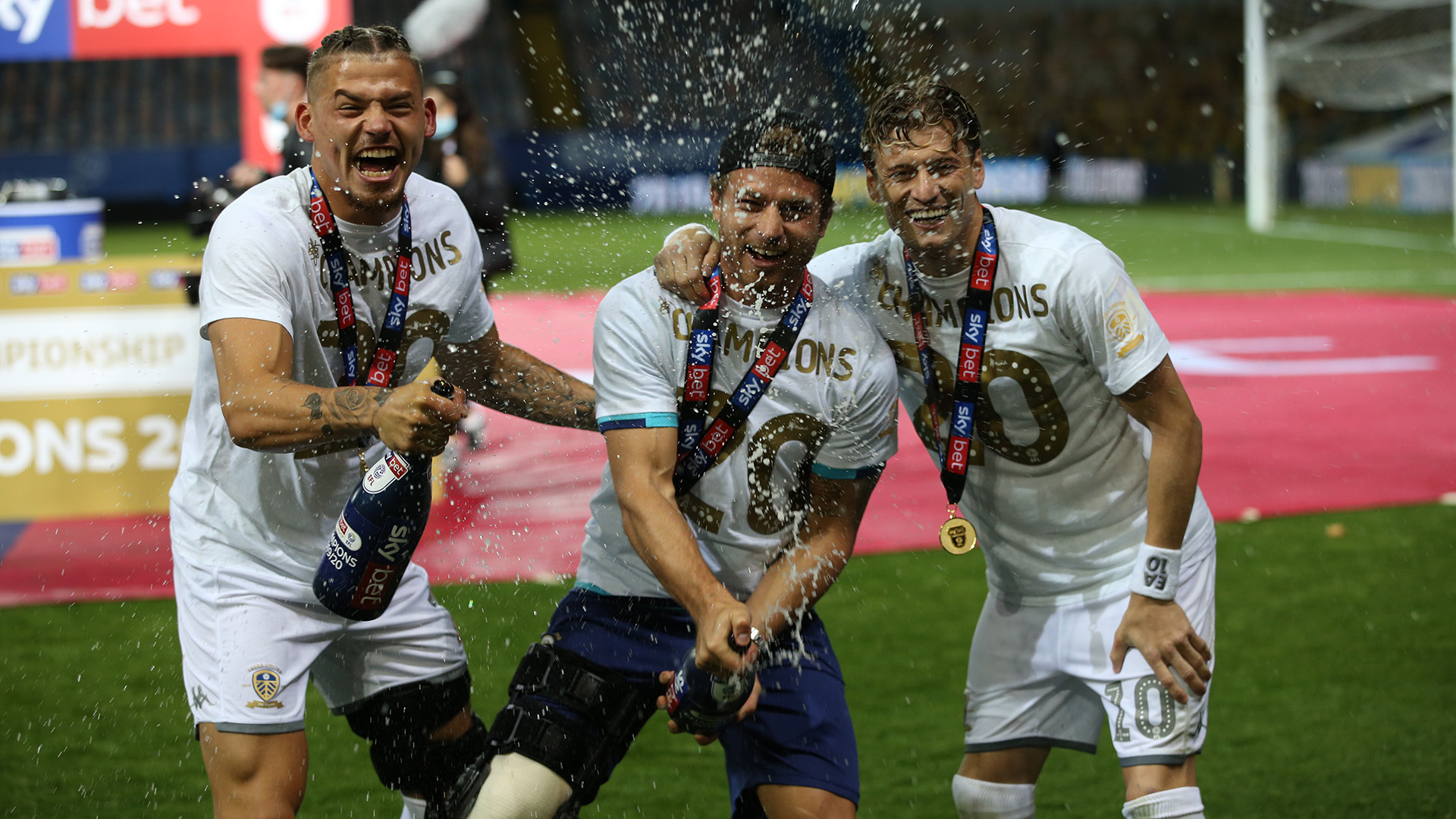 “El Mago”, as Hernandez has become known over the years, had been capped by Spain four times and won the League Cup at Swansea City prior to joining Leeds United initially on loan at the start of the 2016/17 season.

He made his debut in the 2-2 Carabao Cup draw with Fleetwood Town, scoring a penalty as Leeds progressed following a 5-4 shootout.

His first goal came in September 2016, when he scored with a wonderful strike as Leeds United defeated Cardiff City 2-0 at Cardiff City Stadium and he ended his first campaign having made 38 appearances, scoring six goals, with a series of dazzling performances keeping fans on the edge of their seats.

The former Valencia man saw his stay at Elland Road made permanent and he continued to have a major influence on the side in the following season, featuring 43 times and netting nine goals, three more than in his debut season. Exquisite goals against Leicester City and Hull City, coupled with his fine displays saw him named Leeds United’s 2018 Player of the Year and the Players’ Player of the Year. 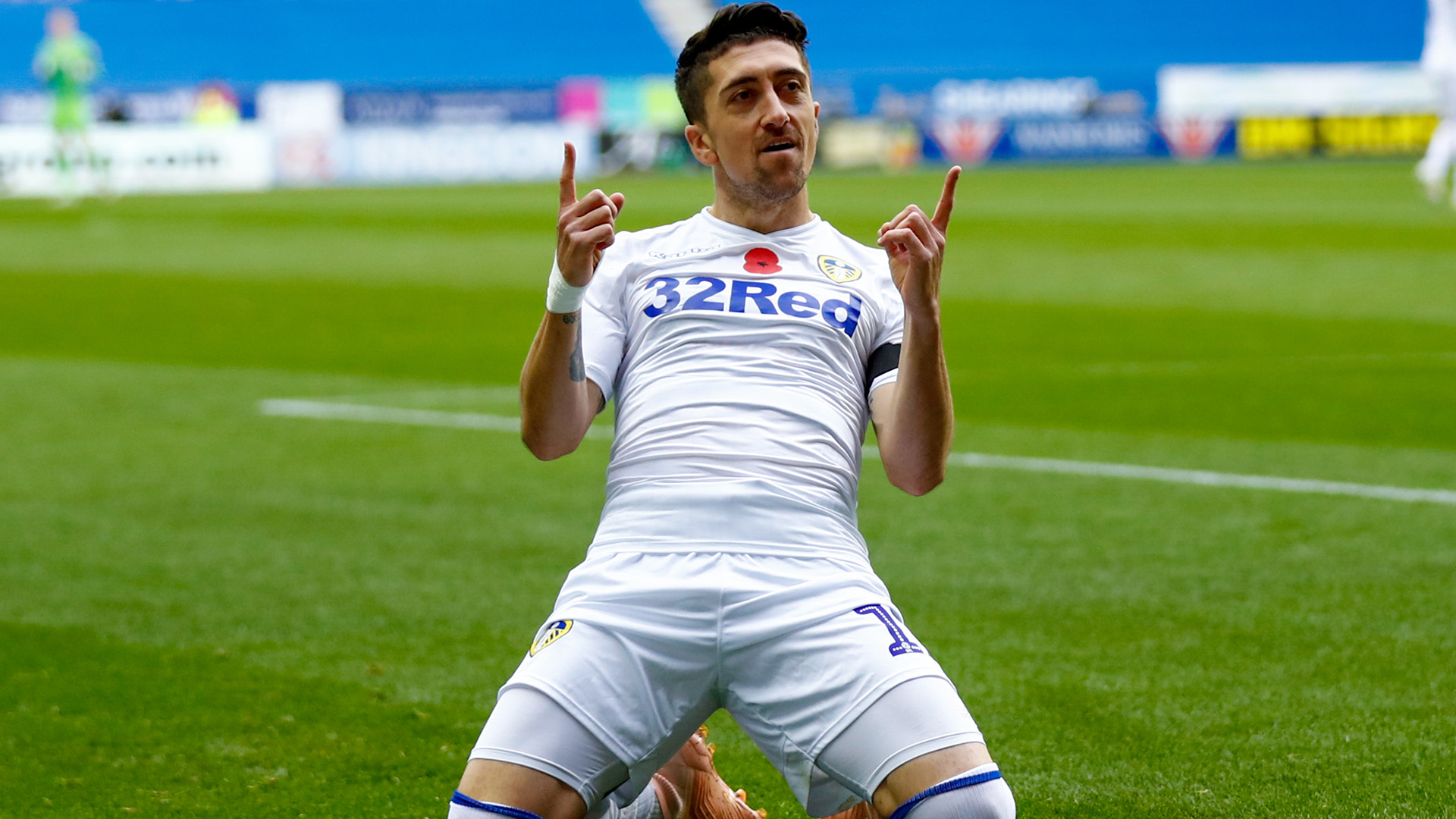 With Bielsa named head coach ahead of Hernandez’s third season, the Spaniard continued to improve in the famous white shirt. He hit three goals in Leeds’ first five league matches, an opening day strike in the 3-1 victory over Stoke City, a late equaliser against former side Swansea in a 2-2 draw at the Liberty Stadium, before a lovely strike in the 3-0 away win at Norwich City.

After finding the net three times in three games in November, another memorable goal came in the away victory at Sheffield United where he scored a late winner to give Leeds a first victory at Bramall Lane since 1992.

In March, it took Hernandez just 17 seconds to give Leeds the lead with a wonderful strike against promotion rivals West Bromwich Albion in a 4-0 victory, in what was one of the finest atmospheres at Elland Road.

He hit a brace against Millwall, with another late winner securing Leeds a 3-2 victory at Elland Road, however the season would end in disappointment as the Whites narrowly missed out on automatic promotion, before being defeated in the Play-Offs.

As Leeds looked to go one better and secure promotion back to the Premier League in 2019/20, once more Hernandez started the campaign with a bang, scoring a with a trademark strike in the 3-1 victory at Ashton Gate. This was followed with another goal in the 1-1 draw with Nottingham Forest in the next match, as Leeds started the league campaign unbeaten in five matches.

His next goal came against Yorkshire rivals Huddersfield Town in December, before scoring against Millwall in January as Leeds fought from two goals down to win 3-2 at Elland Road.

Strikes in February followed in wins against Reading and Hull City, before the season was interrupted due to Coronavirus. Once the fixture programme was allowed to resume, Hernandez proved to be hugely influential in the final nine games, despite managing injury and having to play through the pain barrier.

After losing at Cardiff City, he helped Leeds beat Fulham, draw with Luton Town and beat Blackburn Rovers, before providing a goal and assist as Stoke City were brushed aside 5-0 at Elland Road. 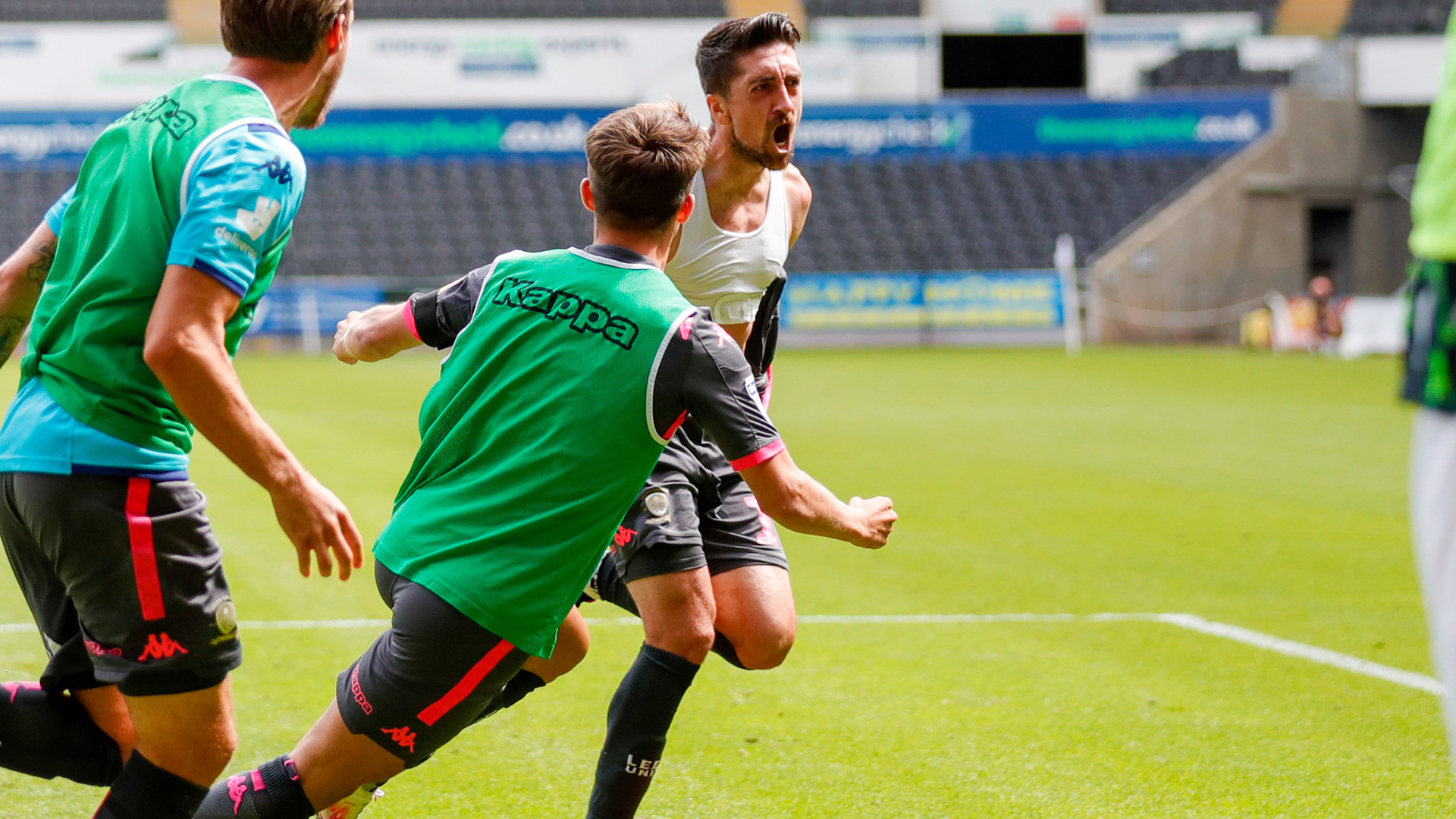 Hernandez’s finest moment in a Leeds United shirt came in the next game against former club Swansea City. Introduced for the second half and with Leeds needing to find a winner to stay on course for automatic promotion, Luke Ayling’s low cross fell for Hernandez, whose inch-perfect strike in the 89th minute found the back of the net via the post. For many it was reminiscent of Gordon Strachan’s late winner in 1990 against Leicester City and the moment supporters knew Leeds United were going back to the top-flight.

After helping the Whites defeat Barnsley, promotion was secured and the Spaniard captained the club in the penultimate game of the season at Derby County, netting in the 3-1 victory at Pride Park as Leeds celebrated a return to the top-flight in style.

He ended the season with two assists in the 4-0 win against Charlton Athletic and for a third season in a row, he made history by again being named the Player of the Year.

Hernandez started Leeds’ first game back in the Premier League against Liverpool and in total has made 16 appearances during the 2020/21 campaign. 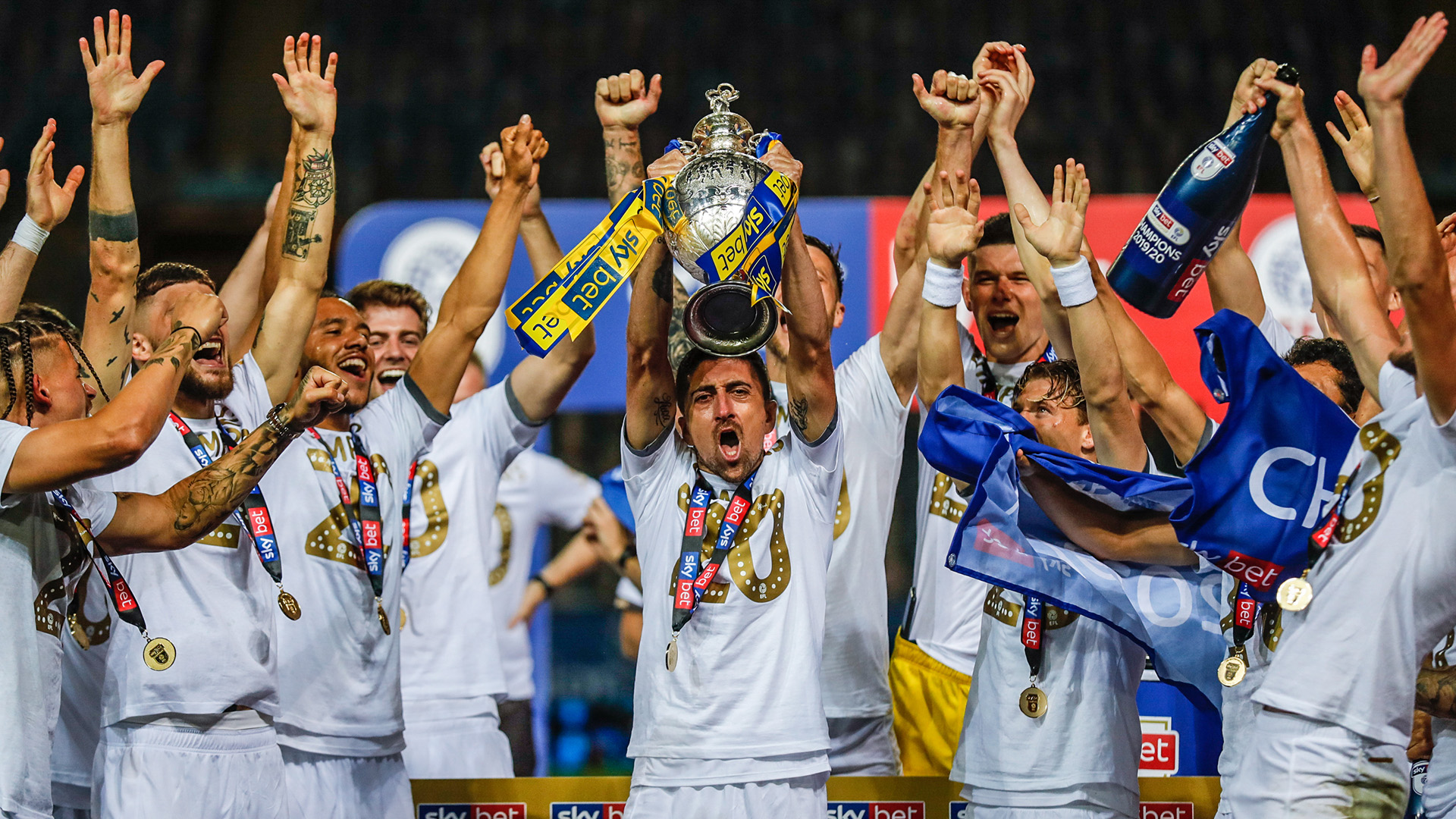 Both Gaetano and Pablo will always have places in history at Leeds United, moments supporters will cherish forever and will always be welcome back at Elland Road.

We’d like to wish both players all the very best for the future and we’re sure supporters will give both of them a worthy send off at Sunday’s final match of the season against West Bromwich Albion. 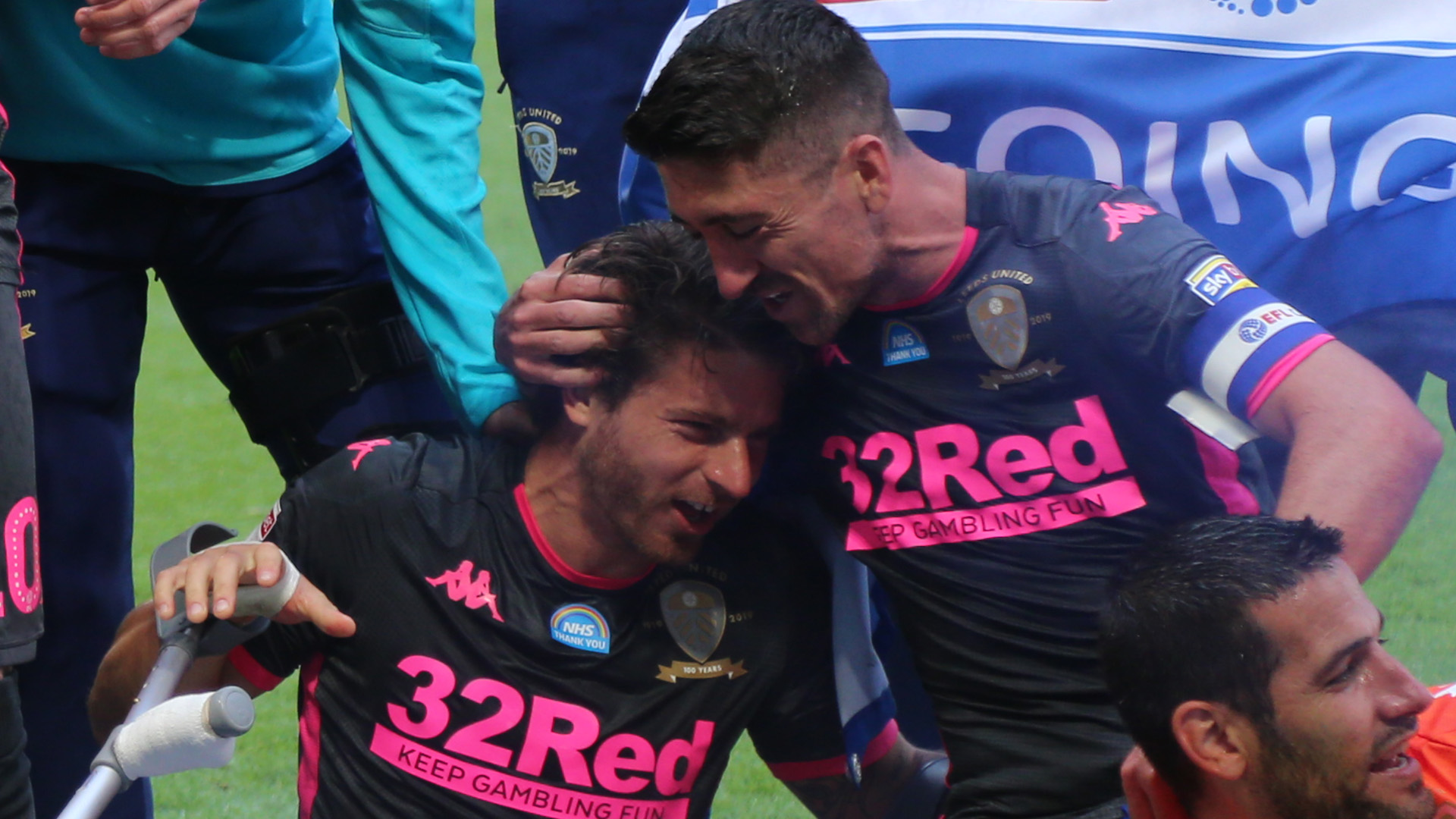