Leeds United's #ASK series is back for a second series, and first up in the hot seat is our Spanish international Rodrigo.

Having scored earlier in the week against Newcastle, Rodrigo sat down to answer questions submitted by fans across our social channels.

From his new found love of Sunday roasts to who is the best player he's played alongside, we find out more about Leeds United's record signing.

How are you finding life in Leeds? (@jakanjii)

I feel really really well. I feel really comfortable with my teammates, the staff, the city. We know that we're in this lockdown situation, so I've not had much chance to visit the city, but my first month here I managed to go into the city centre, to get to know it and I feel really great and happy to be here.

What is your favourite thing about England? (@Jackkleeds3)

My favourite thing... I haven't had the chance to play at Elland Road with the fans yet, but I have already tried the Sunday roast with the Yorkshire pudding. I had it once with my mother in a restaurant before lockdown, and so I think it's the best thing I've tried since I've been here.

What do you think of the English weather? (@Federico_Greaves)

Haha yeah there's no problem. I already played here in England 10 years ago, everybody knows it's not the best in the world, so it doesn't surprise me. I've spent the last six years in Valencia, before that Lisbon, both of which have very good weather, but I'm ok here and I feel really happy.

What were your first feelings when you arrived at the club? (@LeedsArg_)

My first impressions were really good. I think we've got a really good training ground, we can see that the club is trying to improve all the time, in the structure, the stadium, better conditions for the players to continue growing, both as individuals and as a team. That's why I said before that I feel really happy, as I think we have everything we need here to improve and make Leeds a better club every season.

How excited are you for fans to return? (@mitchellemmers2)

Yeah for sure, everyone has told me about Elland Road. Not just people from Leeds, but also people from outside. I have a couple of Spanish friends that have lived here in England for a long time, they love football, so they came to Elland Road and they said it was an incredible atmosphere, the best in the Premier League. So I'm really excited to experience it. 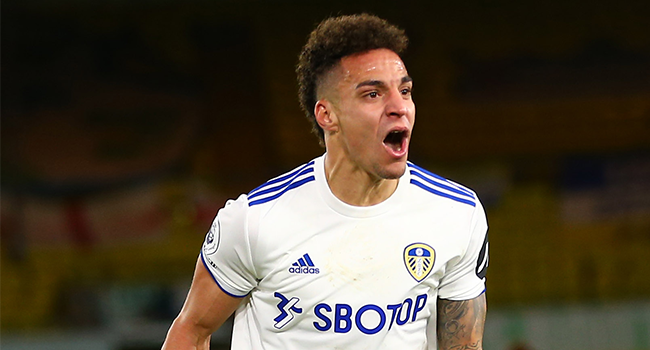 Had you heard of Leeds' big rivalries before joining? (@Olli3king_)

Yeah! Before I came here, Victor and James, our Head of Communications, spoke about the rivalry, especially against Manchester United in the past, how some of the players had moved between the clubs. I think it's something nice in football, these kind of rivalries, of course with respect for everyone, so I'm excited to play in these games.

Any differences between La Liga and the Premier League? (@SGonano)

Both are very good leagues in my opinion. The best in football right now. I think last year's Premier League was probably better, I think it grows a lot, the best coaches are here and a lot of players came over to La Liga from the Premier League, especially this year. I've not experienced the atmospheres of the Premier League yet, so it's difficult to speak about it, but you can see the competitiveness. Each game is like a final, it's very unpredictable, every team has very good players, every team has good facilities, and that's why it grows every year.

How did you find your first 'murderball' session? (@MrDavidG723)

It was incredible. It was at Elland Road, everybody talks about it, you see how hard it is, and it was scary. I arrived after the international break, it was hard, but it was good. It's a good way to improve and train ourselves. The training is very close to the competition, which is important as you're always trying to be at the same level as the game.

Which team do you support (apart from Leeds obviously)? (@LUFC_FC)

My favourite team is Flamengo, a very big club in Brazil. When I was a kid I loved  to go to the stadium, I really enjoyed the atmosphere. I like to watch football on the tv but nothing compares to being in the stadium.

Best player you've played with and against? (@laurenbragan.x)

I've played with some very good players, but I would have to say [Andres] Iniesta. I played with him in the national team, he was incredible in training and in games.

Against, for sure, Cristiano Ronaldo and Messi. I've been lucky to play against them a lot of times in La Liga during my years with Valencia, and they were another level. They've had an incredible career, they've achieved things that anyone would be proud of, but the most important thing of them is that they could maintain a high level during more than 10 years. No one in the history of football has done that, even Maradona, Pele, Zidane, Ronaldo. So I think that's incredible, as those of us who play football, know how hard it is to maintain this level.