Youngster with FOXG1 syndrome invited to enjoy special day at Thorp Arch with his family.

Youngster Jack has FOXG1 syndrome which is a very rare and life-limiting condition that means the nine-year-old is unable to attend football matches - so instead the club invited him and his family to enjoy a special day out at the Leeds United training ground.

The condition Jack has means that he is both deaf and blind (multi-sensory impaired), cannot communicate or eat or drink and he suffers multiple seizures most days. Jack's dad, James Gilvarry, has become a full-time carer for Jack along with caring for his wife and daughter who also have disabilities and because of this the chance to enjoy special days together is very important to them.

James is a massive Leeds United fan and he was just three-years-old when his dad bought him his first Season Ticket, all of his life he dreamed of being able to do the same for his son, which unfortunately will never be possible, but ever since Jack was born he has taken him to Elland Road to walk him around the stadium and buy him the new kits.

James wrote to the club a few weeks ago with the hopes of being able to create an extra-special memory with his family as he knows that time with Jack is going to be limited. He asked if there was anything the club could arrange that would be suitable for Jack to be a part of - the chance to meet some of the people they idolise or the chance to experience something that not many others get the opportunity to.

So in the week running up to the first-leg of the semi-final Play-Off the entire family, including; Jack, his dad, mum, sister and young cousin, were invited to Thorp Arch for a behind-the-scenes experience with the chance to have a tour of the facilities and to spend time with some of their footballing heroes. They met all of the first-team players during the afternoon, having photos with each of them, chatting to them and getting autographs.

We hope the Gilvarry family had a fantastic day together! 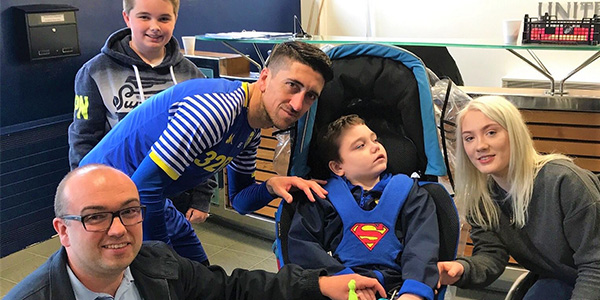 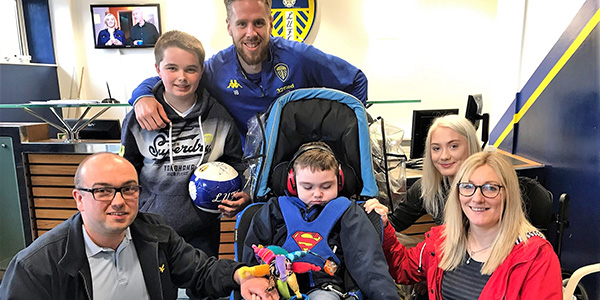 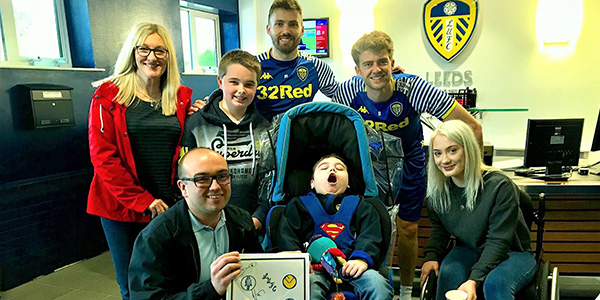 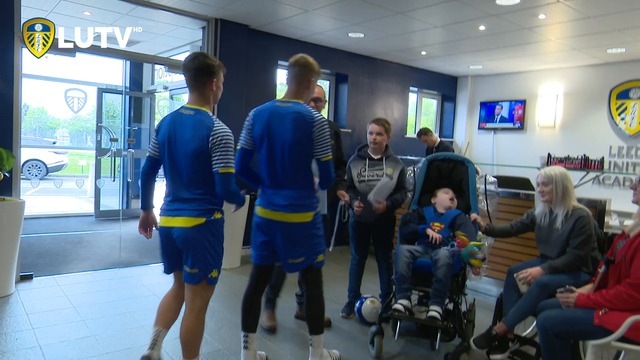