Goalkeeper on joining the club.

The 22-year-old stopper has joined the club after leaving Huddersfield Town Women this summer, opting to sign for the club she supports.

The ‘keeper will compete for the number one jersey with Georgia Wattam as the Whites aim for a successful campaign in the 2021/22 season.

Lauren, welcome to Leeds United! What does it mean to you to join the club?

"It’s amazing, I am really excited about getting started properly. It’s so good to be here, I have been a Leeds fan all my life, my Dad forced me into it when I was younger and since then I have just been at Elland Road all the time. So to actually sign, I have made myself proud and my family proud so I can’t wait to get going.

“To be able to pull on the shirt is amazing, it’s what dreams are made of. When I was little I dreamed of playing for Leeds so to be able to do that is amazing. Football is a massive part of my life, I’ve followed the club up and down the country so to actually play for them is a dream come true. My friends and family will be at the matches, you’ll see the Laois Supporters Club there cheering us on for sure!”

Other than being a supporter, what made you want to be here?

“I think the whole ethos about the club right now is exciting. The men’s side are doing so well and that has filtered through the whole club and on to the women’s as well. We’ve got our own ambitions to be promoted and see how far we can progress, so I think with that kind of ethos around the club and in this environment, it was an absolute no brainer for me to sign for the club.

“Saying promotion gives you something to aim for. I think this season is about taking it game by game which will help us to aim for promotion, but we’re taking it step by step and seeing what happens.” 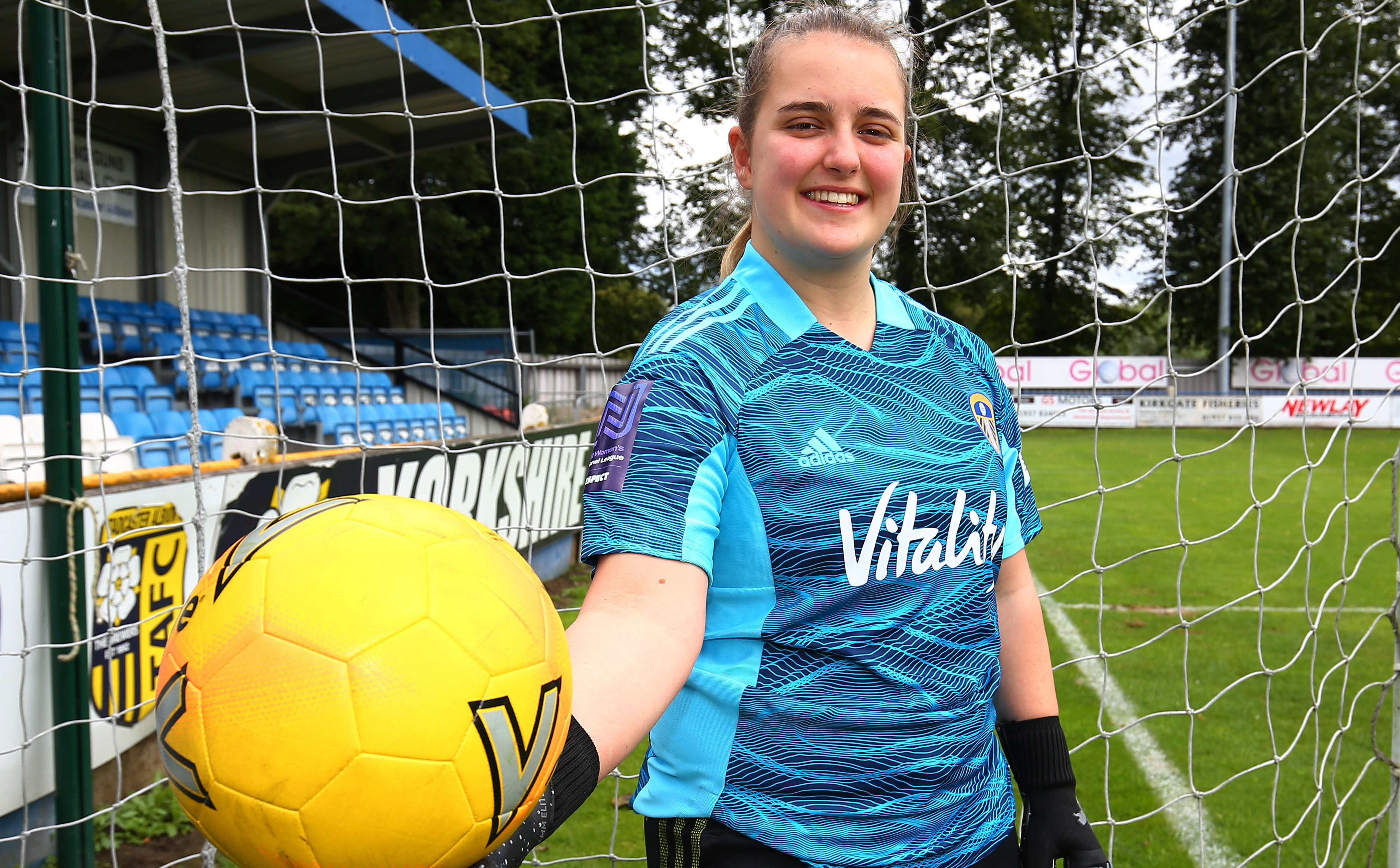 What can we expect to see from you out on the pitch, between the posts and are you looking forward to the competition to get in the side?

“I think I am quite a calming influence at the back. I am a good communicator and strong with directing the defence. I also love playing out from the back, helping us to keep hold of the ball and keep possession. I like to think that can help to filter through the team when you have a goalkeeper who is calm and comfortable with the ball.

“I think it’s a modern style and you can look at goalkeeper’s like Ederson at Man City, Alisson at Liverpool and of course Illan Meslier at Leeds, they are all comfortable on the ball and can play it around the back, but they also know when to go long, not just kicking it randomly to lose it but it’s a genuine pass.

“It’s great to have competition, it is important for everyone and it pushes you to be the best you can be at all times. Bob, our other keeper, she is really quality and I hope we are able to push each other this year the whole way. Whoever starts we will be happy I am sure, obviously both of us want to play but I know I’ll be supporting her and she will be supporting me with whatever Dan decides each week. That competition is essential to help us all progress.”

Have you modelled your game around anyone in particular, or had any inspiration up to this point?

“When I was younger I used to look up to Shay Given. He’s Irish and that’s where a lot of my family are from so we always used to watch all their games. He was known as a small ‘keeper, and I am not blessed with height so to see a smaller goalie doing really well in his game was inspirational for me. 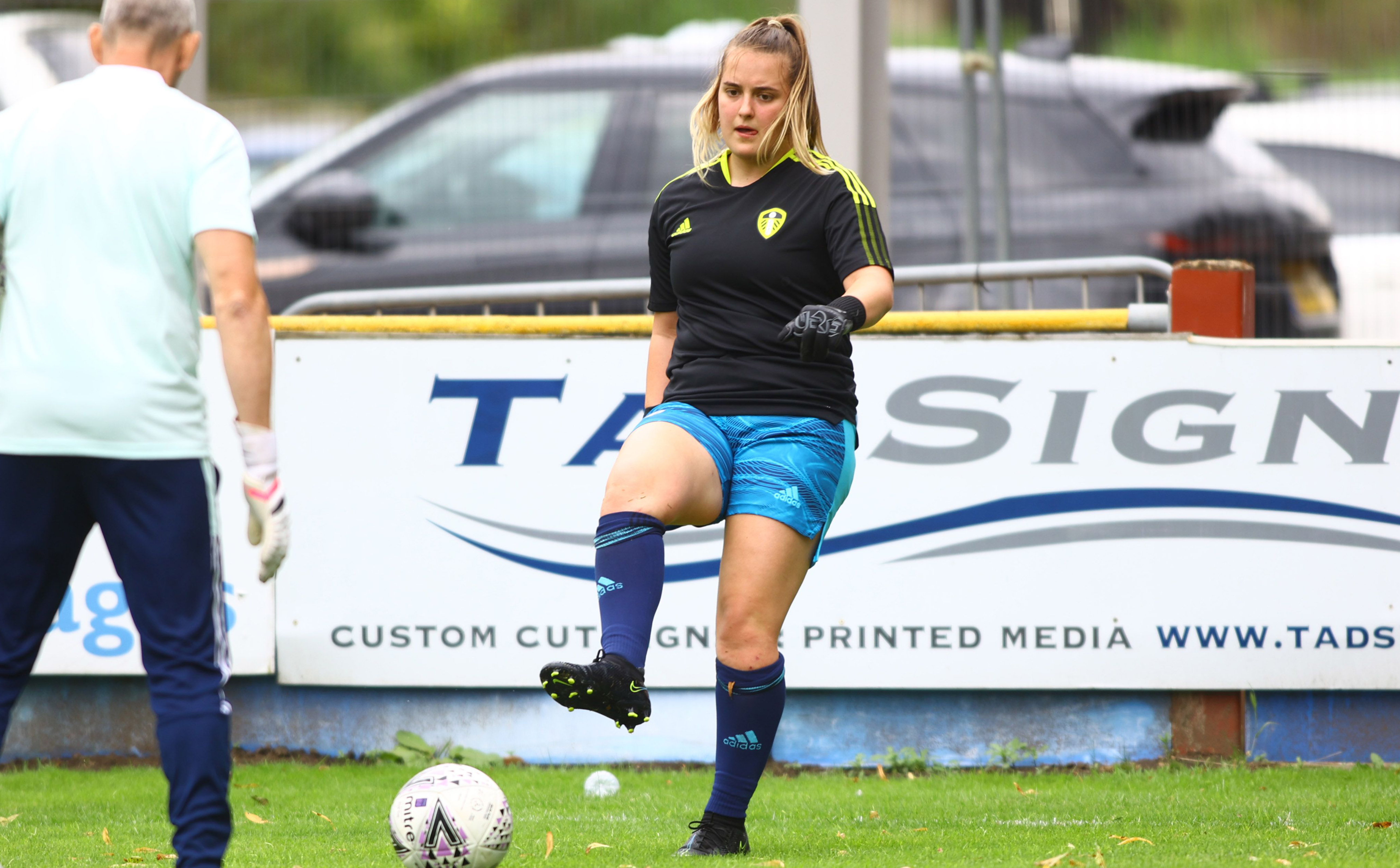 So how did it all begin for you, how did you begin playing football?

“My dad was always watching football around the house so I started to watch with him and take an interest. I used to do ballet when I was younger, but my friends were mainly boys who didn’t do that, they played football so I asked my mum if I could join in with them for a bit and she was happy for me to do that, so it all just went from there really. I began in a boys team for about three years at my local club, Rastrick Juniors. My dad was a coach there, so I got a good bit of game time there as well which helped.

“I didn’t really realise girls could play football when I was there, I thought it was just me as I never played against anyone else who had a girl in the team. I went for trials at West Riding and from there I saw plenty of girls who were really good at football so I’ve been playing with them ever since then. After that I went to Bradford City for a couple of years, but they reduced academies down and unfortunately Bradford was one that went, so I then joined Sheffield United which is where I spent the rest of my time in the academy, then I had a short spell at Sheffield FC before joining Huddersfield! Now I am at Leeds and absolutely buzzing about it.”

What do you know about the league and what would you like to achieve with the club?

“Short term, I want to focus on this season and try to get into the squad and try to play as many games as possible, then win promotion which is the absolute key one. Going forward, I am a Leeds United fan so I would love to stay with the club for as long as possible and progress with the club as it looks to achieve its ambitions. To see both the men and women wanting to do so well is an amazing feeling to be apart of so that’s the aim, to progress as far as we can with the club I support.

“I’ve played in the league above this one and I know how hard it was for teams to get out of this division and into the league above. When I was at Huddersfield we played Liverpool Feds in the FA Cup who are the same league as Leeds this season, and we only just scraped past them in extra-time after drawing 2-2. So I know they were one of the toughest teams we faced all season, which tells me how hard this league can be but I know we have enough quality here to overcome anyone on our day.” 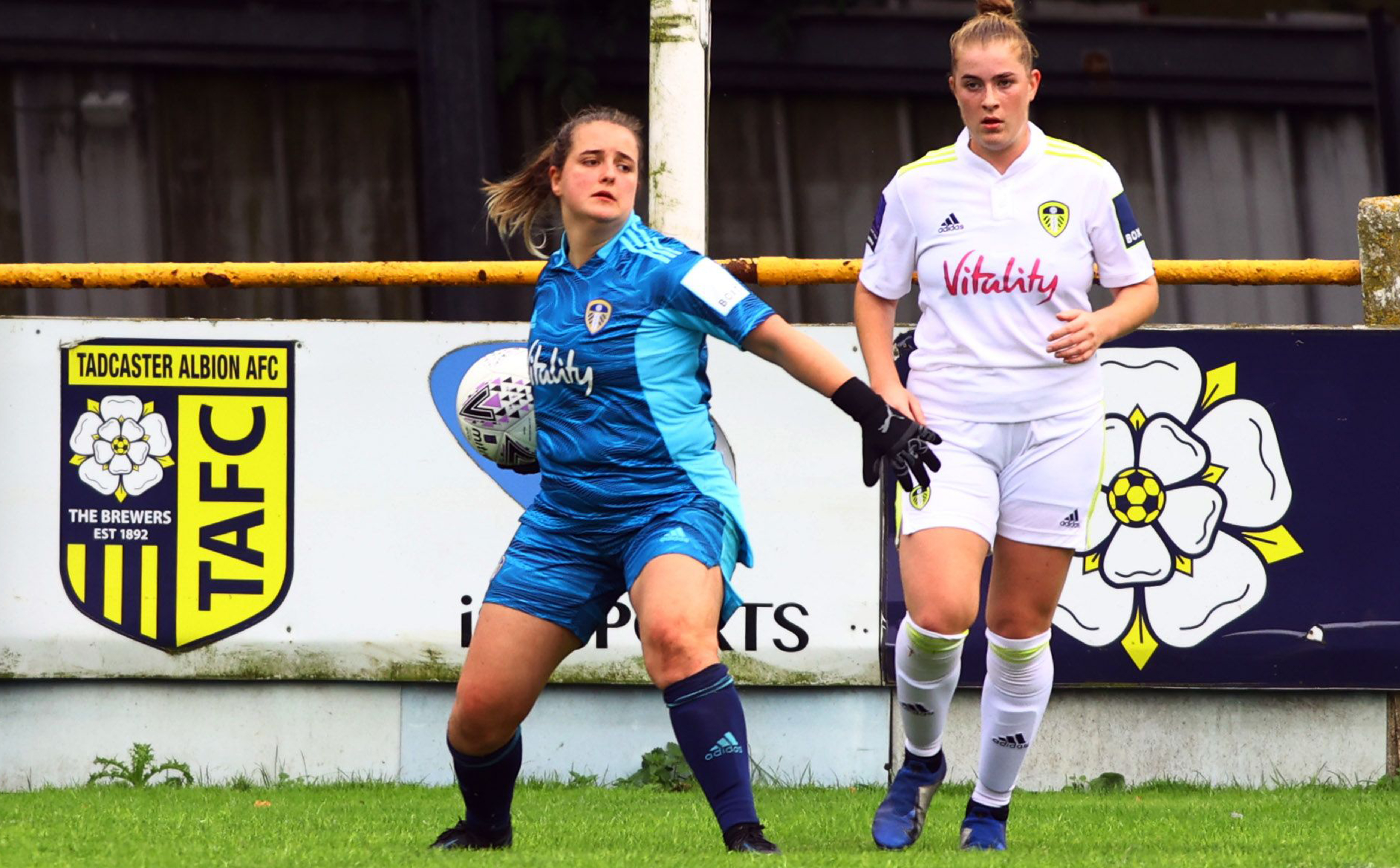