Thoughts from the manager as pre-season begins.

Leeds United Women’s manager, Dan O’Hearne is looking forward to competitive matches getting back under way for his side.

The Whites have been starved of action during the world-wide pandemic, but they are now back in training and looking forward to getting their league campaign going in August.

Dan, after a tough 12 months or so for the club, just how pleased are you to return to action?

“I am excited, we’re all really looking forward to the season beginning after the last couple were curtailed. We’ve all been really itching to get back, I have been speaking with our coaches and it was like kids in a sweet shop who were all excited to get back out there to training. There is a real buzz about the place, we’ve had lots of messages of support and it’s been great to see everyone smiling and back at training. We’ve got a few missing who will be returning in the next few weeks so it will be all good then once we’re totally back together as a group!”

You managed to get some friendly matches in at the end of last season, how has that helped your plans for this pre-season?

“We had some tough fixtures, we won one, drew one and lost one. It was obviously very stop-start over the last two seasons which was very frustrating for the coaching staff and the players. It was good to get a bit of game time, then they’ve had five weeks off and now we are back nice and early for pre-season!

“I always do a longer pre-season, this one is 10 weeks. We do that because we know that some of the players will be taking a holiday during the pre-season, so if I get eight weeks hard-work out of them then that is how we work it. Some teams at the end of last season have played right the way through, but we decided to have a big rest and now it is time to get down to work.” 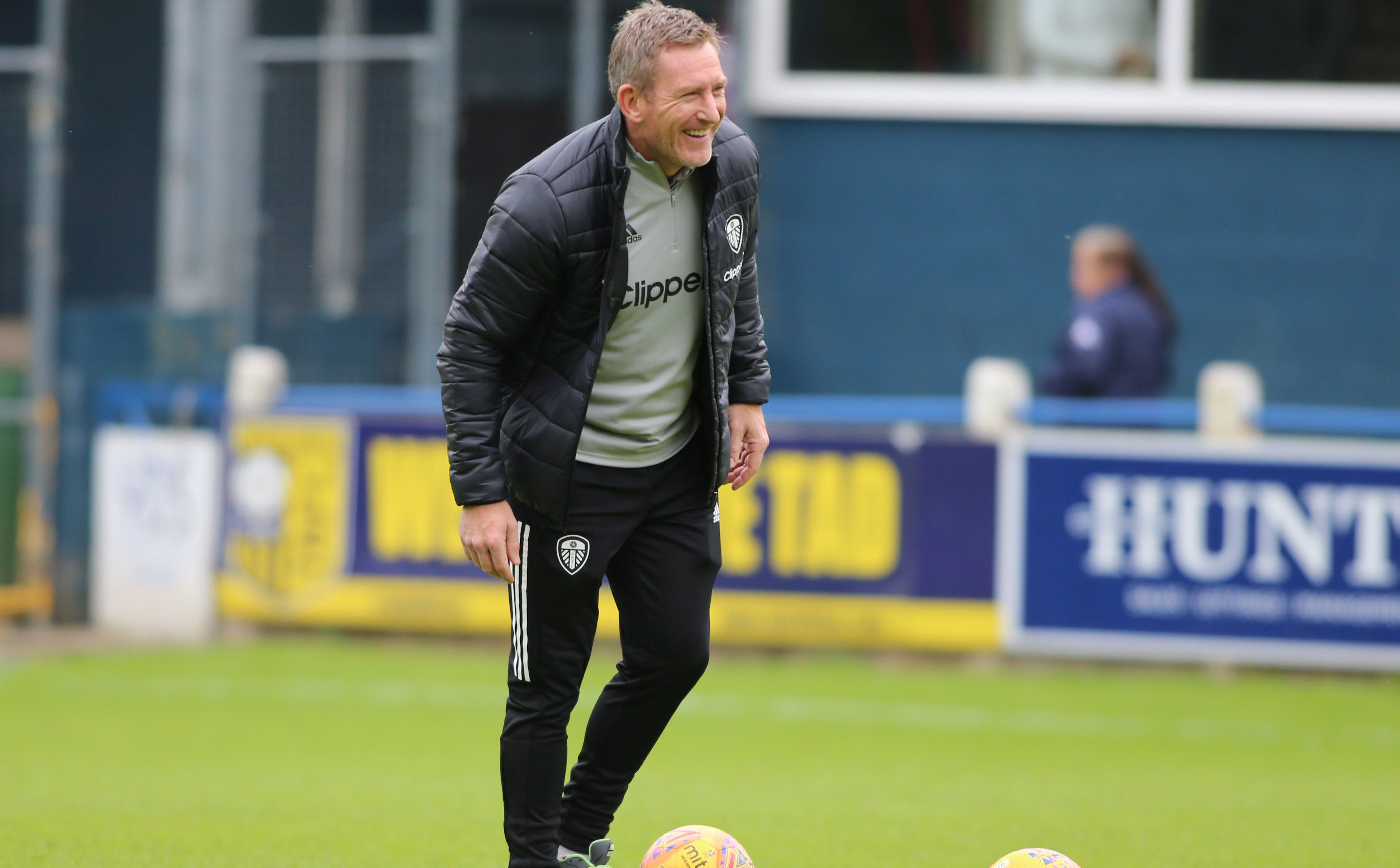 The club has clear ambitions and goals, how are you approaching the league this year?

“I have just spoken with the girls about that. I am not going to mention promotion this season, we’re going to be looking forward to the next game. I think it puts added pressure on the players, but playing for Leeds United there will always be pressure and you need to be able to deal with that. We’ve got a good core group, a good nucleus and we know what we want to do, so hopefully we can go one better this season.”

When games do get back under way, how important could the fans be when supporting from the stands?

“We would love to see the fans come and support us. We’re playing our home games at Tadcaster again this season so we want to see plenty of Leeds fans back supporting the girls in what should be an exciting season!”