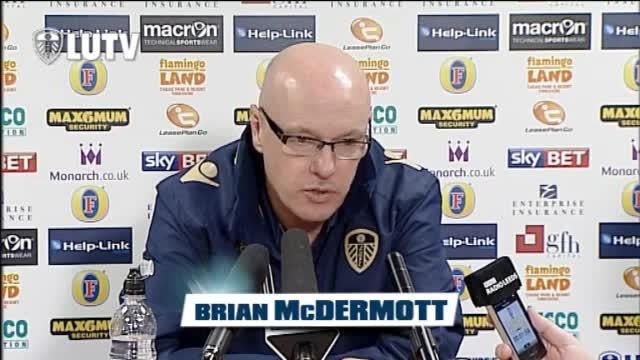 Brian McDermott has confirmed he expects to complete a deal for Crystal Palace winger Jimmy Kebe ahead of the weekend.

The boss was delighted to sign Cameron Stewart from Hull City on Thursday morning, and confirmed he expects Kebe to join up ahead of the Sheffield Wednesday game.

“It’s great to get Cameron in and we’re very close with Jimmy,” said the boss. “Jimmy has pace to burn, makes a lot of goals, and is very much a team man.

"It would be a loan deal, with an agreement in place to make things permanent should we win promotion.”

Brighton striker Ashley Barnes has also emerged as a potential target for the club.

"There's an interest,” said the boss. “There's others interested as well, and he’s talking to them. We do have an interest, but I can’t say a lot more than that at this stage.”

After a busy 24 hours in the transfer market, the boss also revealed that he has fielded some enquiries about members of his current squad.

“There’s been some interest in Luke Varney and Dominic Poleon,” he said. “I’ll be speaking to El-Hadji Diouf next week and having a chat with him. There’s nothing but respect between us, but we’ll have a conversation.”

Diouf was granted permission to return to Senegal once again for family reasons, but the former Liverpool and Bolton striker is expected back in the UK next week.

Defender looks ahead to Burnley clash.