Throughout the season, the match day programme includes a feature length interview with one Leeds United star, every home game.

We go into life on and off the pitch, giving fans an insight into the more personal aspect and life of our squad. Here is a taste of what you might have missed, and in the future, more of what you can expect to read!

We begin our look back over the season with Pascal Struijk, telling us about how he likes to walk his dogs, play on the PlayStation, wants to emulate the performances of Virgil van Dijk and working hard under Marcelo Bielsa.

Going back to earlier in the campaign, how proud were you to make your Premier League debut, at Anfield against Liverpool?

“I was a bit nervous to play in my first Premier League game. I had to pull myself together for the game and make sure I was there and especially just enjoy the moment. I don't know how many times I’m going to play here, I hope a lot, but enjoy the moment, see how they are, see what level they are, try 100 per cent and try to be better than them. I still remember the day like it was yesterday. It's just nice to play against this kind of level, and these world class players. The only thing I can do is enjoy it, and take it home with me. Since I was younger I always wanted to play in the best league in the world, and I have to say, I think that is the Premier League. The standard is so high, every team is good, so, ever since I was a young boy really I wanted to play here.”

You had to be patient to take your chance in the team, but you recently signed a new contract showing how highly thought of you are, how important was that for you?

“Yeah, well it’s the decision the manager makes, but every time I do come in, I make sure I give him 100 per cent. Well all I have to do is make sure I give 100% and then whatever decision the manager makes is his. All I can do is give my 100%. Signing a new contract recently gave me a big boost, it obviously shows the trust they have in me, all I can do is make sure that I can prove them right in what they offered me.”

You’ve shown your versatility to the squad as well, which is a big trait that Marcelo Bielsa looks for his in his players. Do you have a favoured position?

“I've played longer as a centre half, so that feels a bit more comfortable, but I don’t mind playing as a centre midfielder. I think from playing in the Ajax academy, I’ve got that positioning game and controlling the ball, so I think playing as a defensive midfielder it asks a lot, because the standards are very high in the premier league. I didn’t play for very long at Ajax, only two years. The only thing I did do there was make sure I improved and then take all the things I learnt there to my next destination, and that was Leeds.”

Do you take inspiration from other dutch players around the world? You can also represent Holland, Belgium or Indonesia at international level, is it good to have all those possibilities?

“Yeah of course, there are some really good players to watch. I would like to see myself playing at the same level as Virgil van Dijk, Matthijs de Ligt, Frenkie de Jong, all the players that came from not just Ajax, but the dutch players. I want to make sure that I work hard, and get to their level. For international, I’d just like to see wherever I can get my interest from. So if Holland is interested, but Belgium is always an option for me. I spoke with their manager, and it gives me possibilities to think about. I think everyone has their own path and everyone has their own way, and I’m trying to find mine.” 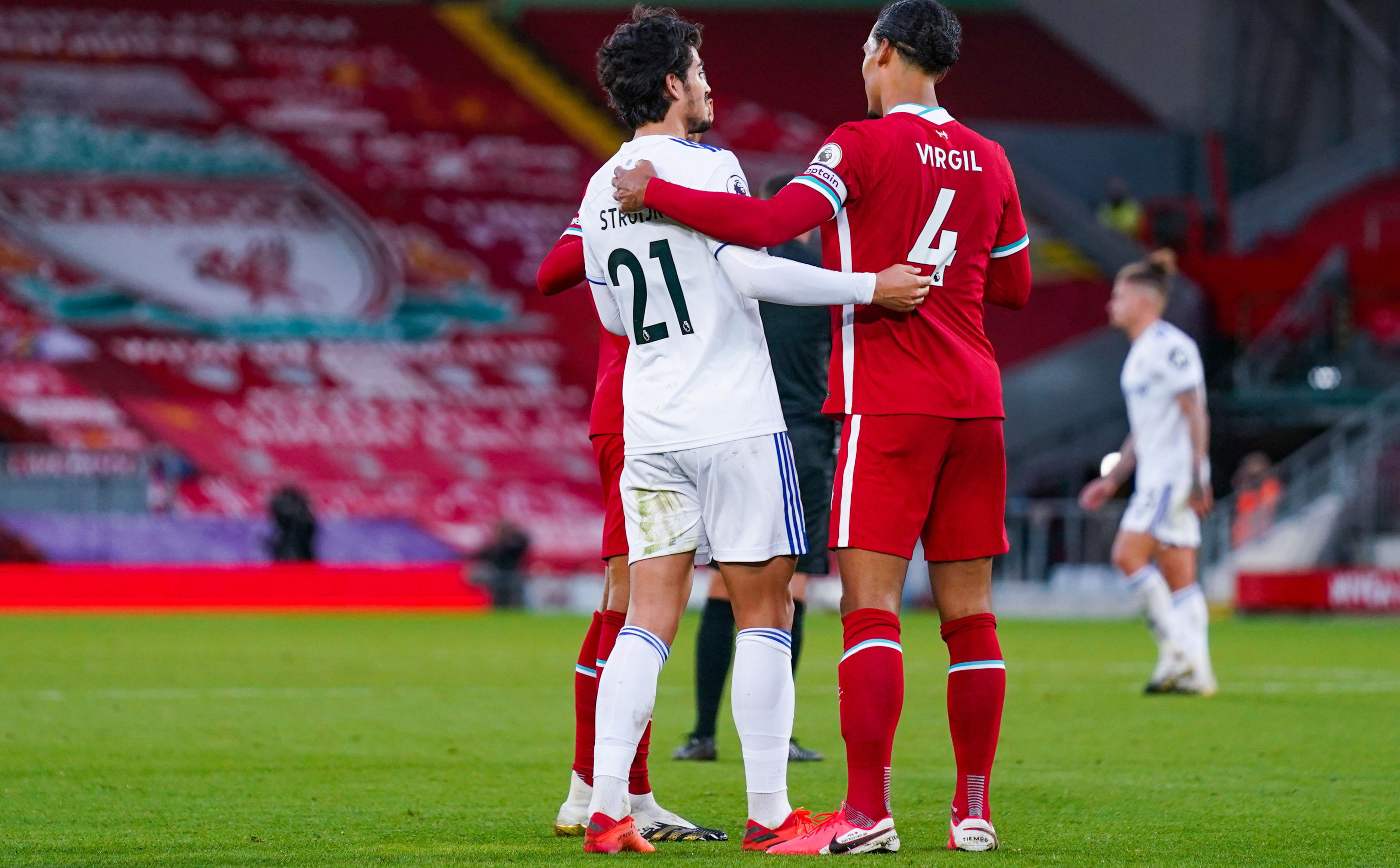 How much do you feel Marcelo has developed you as player?

“A lot. He has so many different drills to improve people in every aspect of the game, and all I can do every day is learn. It’s very fun at Leeds United, everyone here is all good players, very young, and it’s always a laugh at training.”

Away from football, what did you find yourself doing during the season when you weren’t on the pitch?

“Well, I didn’t do too much! I do like to go for a walk in the park with the dogs and my partner. I love to play some PlayStation, other than that I don’t really do very much! After the promotion some people saw me, and I was like “oh, that’s funny”! I’m glad to see people who recognise me, it’s nice. I’ve also got two dogs, I think you’ve seen them on my instagram pictures. I’ve got a ginger one she’s called Lily, and the brown one is called Coda. They’re always playing, running around each other, chasing their tails!”

🤍 She said yes! Congrats Pascal and Abby on your engagement! pic.twitter.com/xvjiaehWdf