We look back at five memorable matches.

Ahead of Wednesday’s Premier League clash between Leeds and Newcastle, we look back at five memorable matches between the two sides...

Leeds played their first four games of the season at Hillsborough - the home ground of Sheffield Wednesday - at the beginning of the 71/72 First Division campaign. Just 90 seconds were on the clock when the Whites went ahead in the match through Jack Charlton, turning home Paul Reaney’s shot. Peter Lorimer took matters into his own hands, smashing him a 30-yard effort to double the score then Johnny Giles made it 3-0 from the penalty spot. Paul Madeley made it 4-0 to Don Revie’s side before Newcastle registered on the scoresheet through Tommy Gibb. Terry Yorath restored the four goal advantage, taking the score to 5-1 and putting the gloss on a memorable night at for Leeds at their home, away from home.

A season in which both teams were battling to earn promotion from Division Two, saw an entertaining clash at Elland Road. The Whites - who had been relegated from the First Division in the previous season - were looking to overcome a Newcastle who they had beaten 4-1 in the Milk Cup just a few days earlier. The visitors went into an early lead through John Anderson. However, the fightback begin just moments after as Frank Worthington scored a header to level proceedings. In the second half, Kenny Burns netted his first goal for Leeds and with six minutes remaining Aidan Butterworth ran through on goal and settled the game, making it three-one and sealing back to back victories of the Geordies in a matter of days.

A packed out Elland Road was hoping to see promotion chasing Leeds avenge an opening day defeat to Newcastle, on David Batty’s 21st birthday. The Magpies had beaten Howard Wilkinson’s Whites 5-2 at St James’ Park, so the majority of the 31,715 strong crowd was hoping for a different result as Leeds looked for promotion from the Second Division. A tense first half meant that the game was goalless at the break, but when Gordon Strachan picked up the ball in the second half and played a stunning 50-yard pass to Mel Sterland, the full-back controlled and crossed into the box. Waiting there for the delivery was Ian Baird, who made no mistake and gave Leeds a 1-0 advantage with a diving header. That goal was the only one of the match, securing a big victory and helping towards promotion for Wilkinson’s side as champions, whereas Newcastle finished in third.

Mark Viduka played his 100th game for Leeds United in this fixture and if he was looking for reason to celebrate, the forward certainly found one after just five minutes of the match by giving the Whites an early lead. Newcastle had multiple chances throughout the game to equalise but the form of Paul Robinson between the posts for Leeds, meant that there was no way through. The ‘keeper would not be beaten despite the best efforts of Sir Bobby Robson’s Newcastle side and his heroics would allow Alan Smith to fire home with just a few minutes left on the clock, securing the three points for Terry Venables’ team. 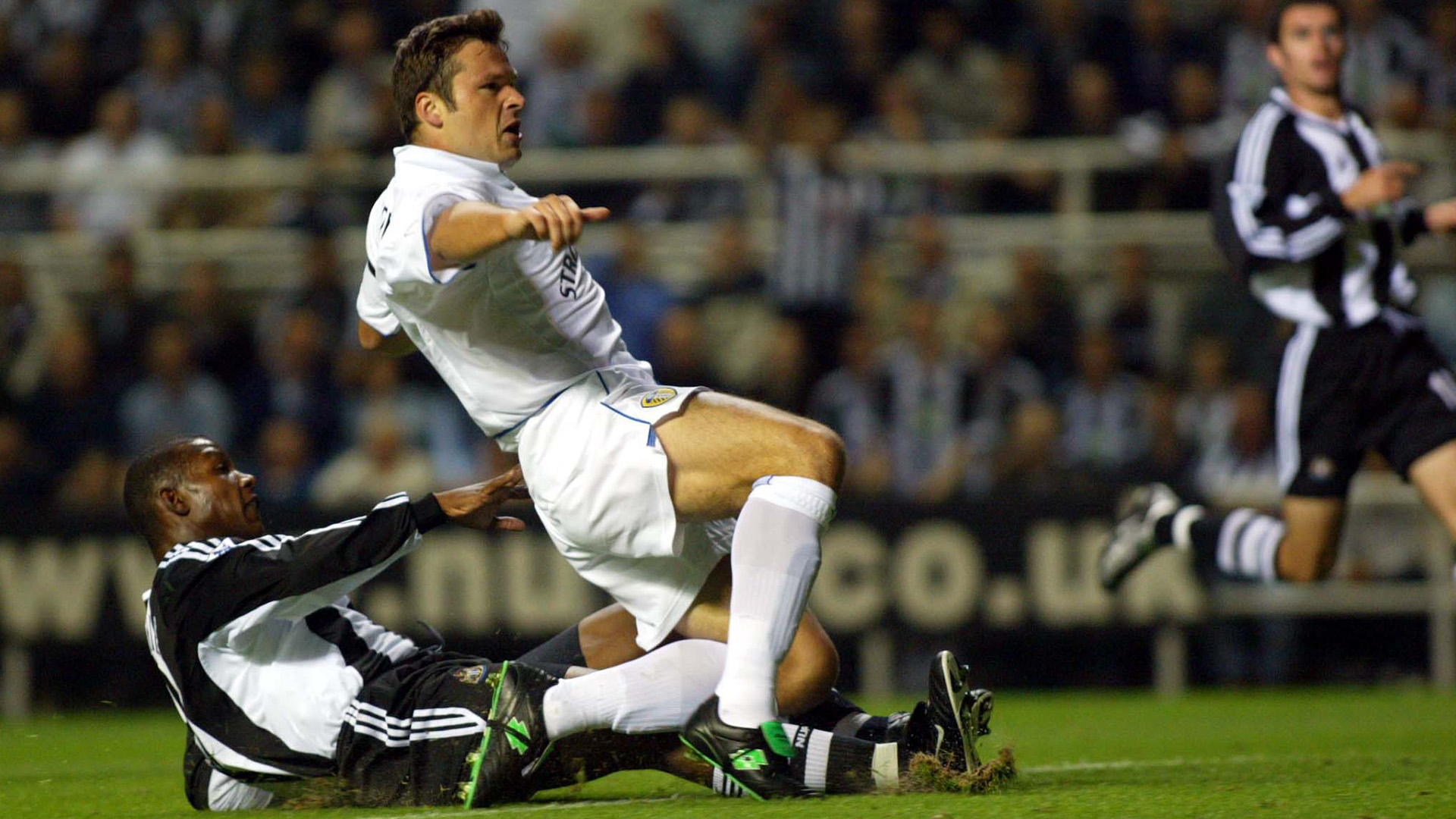 A Friday night fixture under the lights of a sold-out St James’ Park, between two teams fighting to get promoted from the Championship. Under the guidance of Rafa Benitez, the Geordies were looking to return to the top-flight and occupied a top-two spot going into the match, with Leeds sitting in the play-off positions at the time. Newcastle had the best of the overall 90 minutes and went ahead when Jamaal Lascelles scored a header midway through the second half, despite the best efforts of Rob Green to keep it out. With seconds left on the clock, neat footwork from bandaged up Pablo Hernandez created room to play the ball to Kemar Roofe. His chipped cross into the box found Chris Wood in space and the striker made no mistake, volleying home a 95th minute equaliser and sending the packed-out away end into raptures. If Wood’s goal doesn’t make it a memorable enough fixture, after this game you probably had ‘Woaahh, Ronaldo Vieira’ stuck in your head for weeks to come. 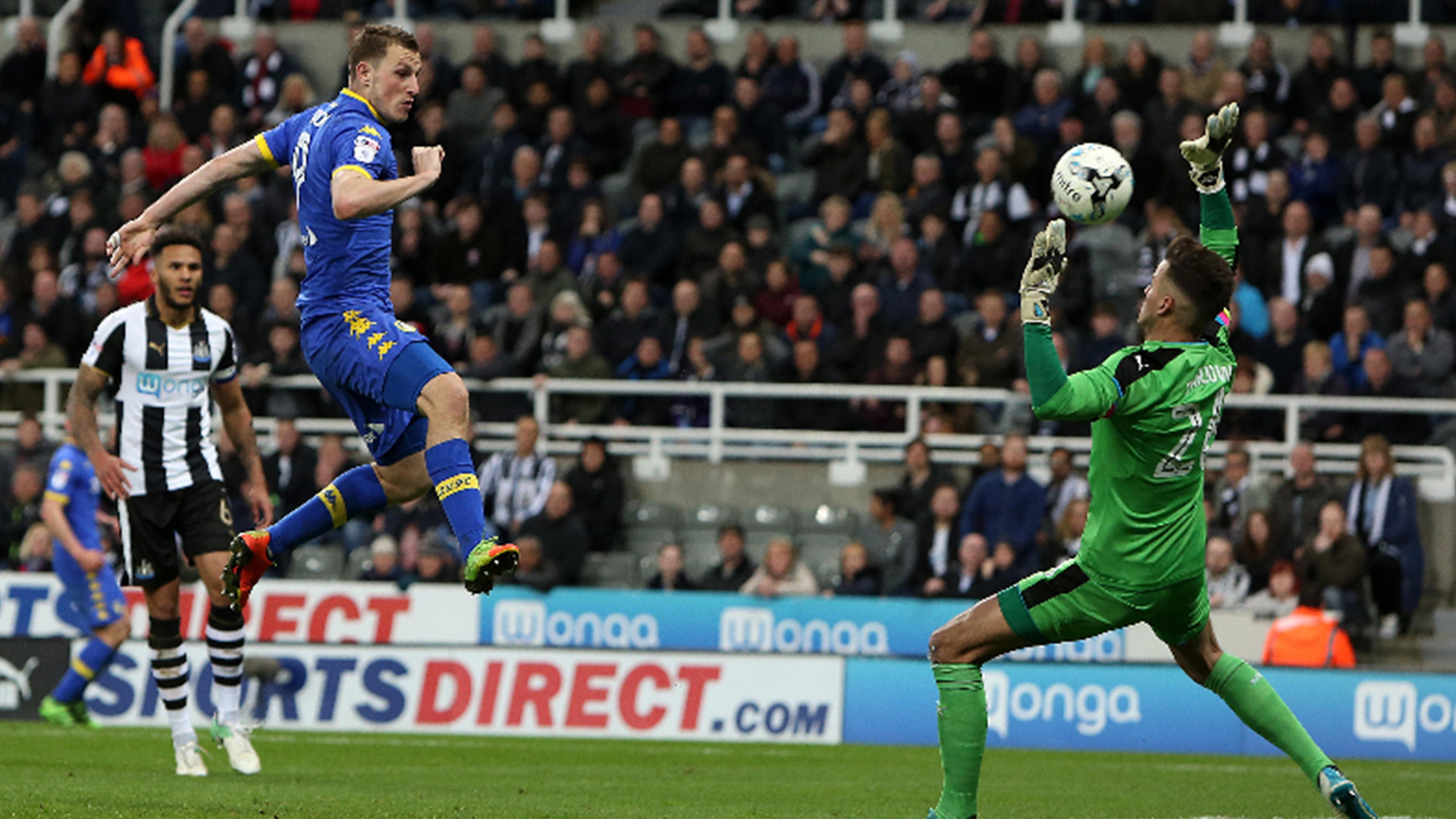