He's lived and breathed Leeds United his entire life, and the 2019/20 season saw midfielder Kalvin Phillips achieve what every fan could only dream of... getting their hometown club promoted back to the Premier League.

It's been just over two weeks since Leeds lifted the trophy at Elland Road, but we caught up with the Yorkshire Pirlo to get his thoughts on the title-winning season, being a Premier League footballer, what's next for his career and more!

Has it sunk in yet that you're a Premier League footballer?

No, not really. I've not had a chance to think about it to be honest. I've been away on holiday and enjoyed myself, but even coming back to Leeds, it still hasn't sunk in. I think that'll come in the first week of training and when we're just about to play our first game of the season.

What were your friends and family like after the promotion?

Absolutely buzzing! We celebrated after the game and for the younger members like my cousins and brother, it was just crazy, as they haven't seen it in their lifetime. My younger brother rang me up crying, so it was very emotional for us but obviously a great moment. 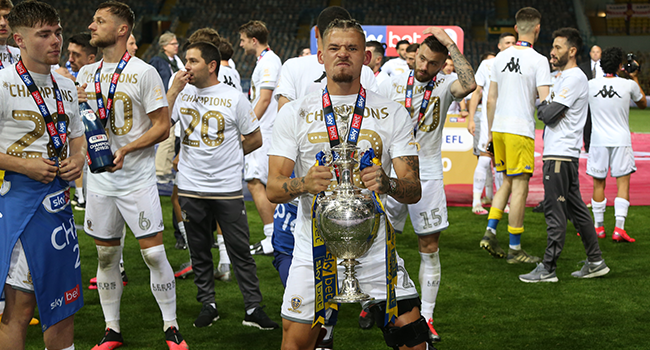 As a Leeds lad, what's it like being part of the team that got us back after 16 years?

Yeah, it's amazing. You couldn't write a better story. Even now, I don't think I realise how big of an achievement it is, but I think maybe after a good season in the Premier League, I can then look back on it. The fans are incredible, my phone is still going mental every single day and it's been two weeks now since we got promoted.

What was your favourite moment about the season?

Just coming in every day and being around the lads was great. I don't think there's many teams that could bond and get along as a group like we do. It comes down to having grounded people in the team, every person is humble and has humility. I think that's one of the reasons why we did so well, and why we'll keep striving to do better.

It's only a short break this summer, what you been upto?

I've been away with Tyler, Ben and some of the lads for a few days, then as soon as I came back, I've started working on the physio for my knee. It's all looking good, I'm just happy that I'm looking after myself and I'm probably a couple of weeks ahead of schedule.

What you most looking forward to about the Premier League?

Just playing football. Obviously I've not played in the competition, but we've faced Premier League sides, so I'm looking forward to all the big games like Manchester United, Chelsea, Arsenal and Spurs. Every game is going to be massive with it being our first season in 16 years, but we'll take each ones as it comes like we did last year, and hopefully we'll have a very good campaign.

How excited are you to see fans back for a Premier League game?

Very excited, we can't wait to have them back. We've missed them over the last 4 or 5 months, it's been hard but I think we adapted well to what had happened. Once they're back, I think that's when we'll see what it's really like to be back in the Premier League.

Do you feel like your decision to stay last year has been vindicated?

Definitely. It was a tough decision for me and my family, but I can't say I ever wanted to leave the club. A lot of people are thanking me, but I think Victor, Angus, Andrea and Marcelo played a massive part in my reasons for staying here, they said if I didn't want to leave, they weren't going to sell me. I'm just thankful that it worked out the way it did, as I couldn't imagine being at another club, looking over my shoulder and not being part of this Leeds United side getting promoted.

You've reached your goal to be a Premier League footballer, what's next for Kalvin Phillips?

Who knows! I've always wanted to play international football, whether that be with Jamaica or England, so hopefully I can step up and make an appearance. That's one key thing for me, but as a team I just want us to keep the good results coming and hopefully push on into the top 10.

What can the Premier League expect from this Leeds team?

Just the same as what the EFL saw, a team that was very hard working, very robust and always showed what they're capable of under pressure. As a fan base, we're probably the best in England if not the world and I think teams will be very surprised by that. Hopefully it all comes together for a very good season. 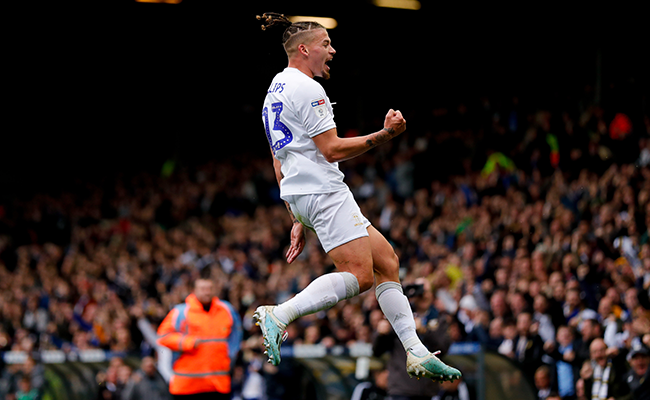