In his latest column for leedsunited.com, lifelong supporter Jon Howe looks back at his top 10 moments following the resumption of the league after lockdown. 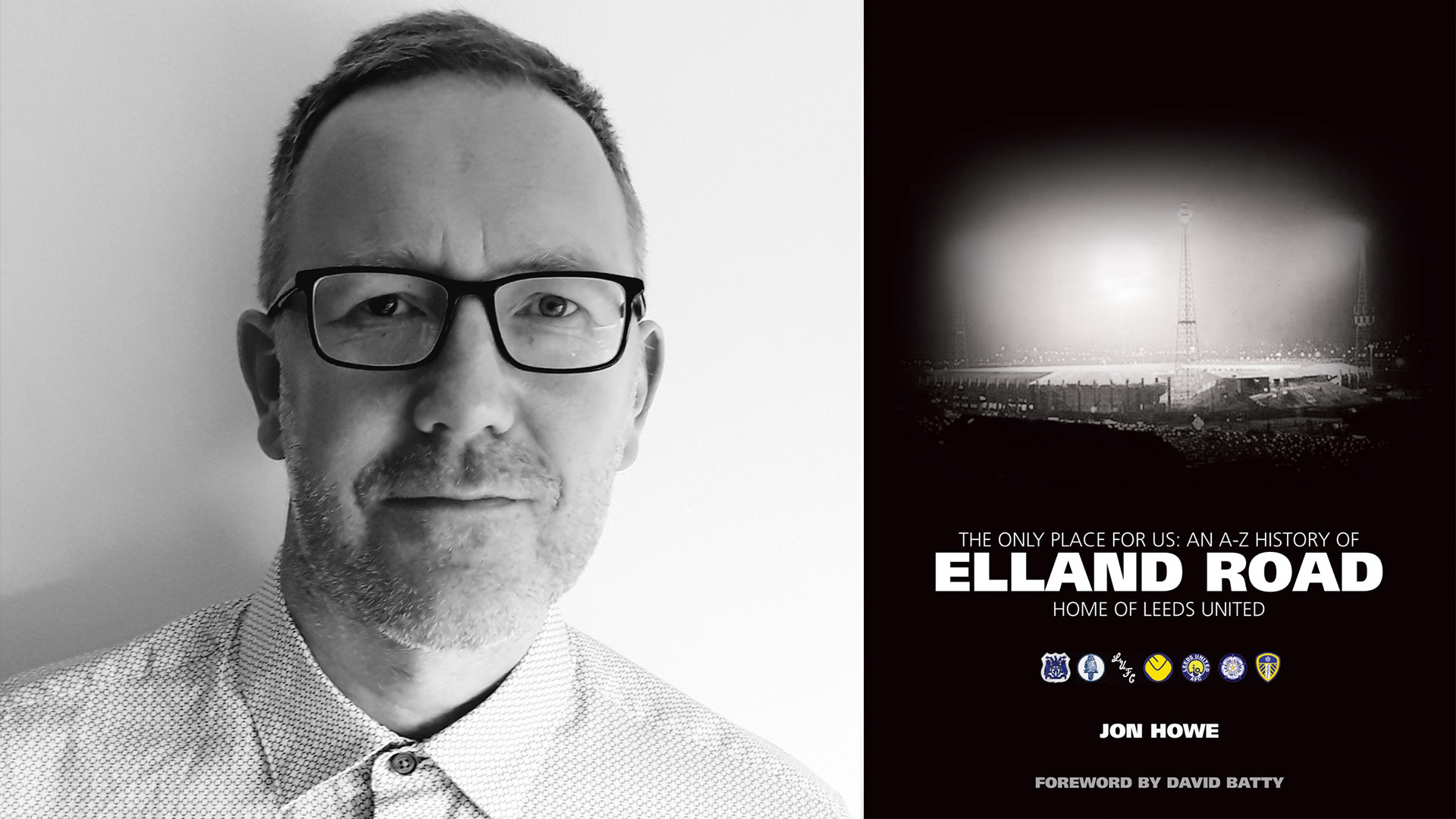 Back in March I put together a list of the top ten moments of the season so far. It was a tough choice to narrow it down to just ten, in a season which had been abruptly halted at a time when Leeds were beginning to show their ascendancy as potential champions. We then faced endless waking hours staring at the league table and the nine remaining fixtures. It felt like those nine games would simply pass in a flash, and in some ways they did, but so much happened during this whirlwind of a mini-season that I was faced with a similarly difficult task. Apologies if I’ve missed your moment, but from a dizzying four and a half week-period, here are my best bits:

The defeat at Cardiff and an awkward first half in the crunch game versus Fulham left us all feeling nervous. Leeds led 1-0 with a ruthless Patrick Bamford finish, but we were under the cosh and we knew it. Could the cavalier Leeds United of pre-lockdown ever find that groove again? The second half was a different story altogether; Gjanni Alioski added a second and once Pablo’s forty yard lofted pass fell perfectly at the feet of the onrushing Jack Harrison for him to dispatch the game-securing third, you knew Leeds United were back.

Three months locked in isolation left us all climbing the walls, for Alioski it was like leaving a dog staring at a bone through a triple-glazed window. His symbolic act of freedom was to release his inner child and blow kisses to the crowdies after his goal versus Fulham. And when he roundly applauded all four sides of an empty Elland Road at full-time it was a gesture that reminded the thousands of watching Whites at home, that we were still part of this too and hadn’t been forgotten.

A frustrating 1-1 draw at home to Luton made the Blackburn fixture a must-win game. Leeds took an early lead but Kalvin Phillips’ majestic free-kick just before half-time put Leeds in a comfort zone. Long before his first team debut at Wolves in 2015, Kalvin had made his name with some serious free-kick technique for the U23s, and his spectacular effort at Ewood Park reminded the neutrals that Kalvin was far more than just Bielsa’s midfield enforcer.

4) The entire second half against Stoke

Not a moment as such, but watching it was just one, long, forty-five-minute instant that merged together into a joyous episode you didn’t want to end. Leeds were brutal and merciless, but beautiful and artistic. We never said it publicly, but we secretly all knew that Leeds ‘had it’ from here.

5) ‘That’ Pablo goal at Swansea

This was it. This was ‘the’ moment. This was the bit in the movie that goes into slow-mo before an epic strings crescendo bursts out. This was a combination of things; Jack Charlton’s sad passing two days before, the juxtaposition of crestfallen defenders and elated Leeds forwards, the involuntary explosion of joy from the bench, directors’ box and media seats, the procession of subs trotting down the stairs in the stands faster than their legs could carry them, Illan Meslier covering sixty yards with one giant stride. And Pablo. This was Pablo.

A mystique surrounds Marcelo Bielsa and how he truly operates on a day-to-day basis. And that’s how it should be. We shouldn’t be party to everything, and as such, we don’t really know what his everyday relationship with the players is like. Bielsa seems sometimes remote, studied and aloof. But if we had any doubts that the thousands of hours the players had spent with their mentor hadn’t translated into a warm, deep and respectful fondness, that all evaporated when we saw Bielsa and his senior players greet each other at Elland Road moments after promotion had been secured. The protracted and sincere bear hugs weren’t just recognising a mutual professional achievement; they candidly demonstrated the devotion that Bielsa demands but also reciprocates.

Again, a two-for-the-price-of-one moment, because his first ever senior goal which gave us a 2-1 lead at Derby was lovely in itself. Shackleton is the definition of the ‘cherubic’ youngster, but he has earned his corn, quietly racking-up 24 appearances this season without getting the run in the starting line-up he perhaps deserved. The Leeds-born midfielder appealed to every Leeds fan’s paternal side as we proudly saluted his first goal, and then when he combined with Pascal Struijk and Ian Poveda to score the last goal of a regal and magnificent season versus Charlton – and at the same time suggest the future was in good hands - you had to agree that was just about perfect. 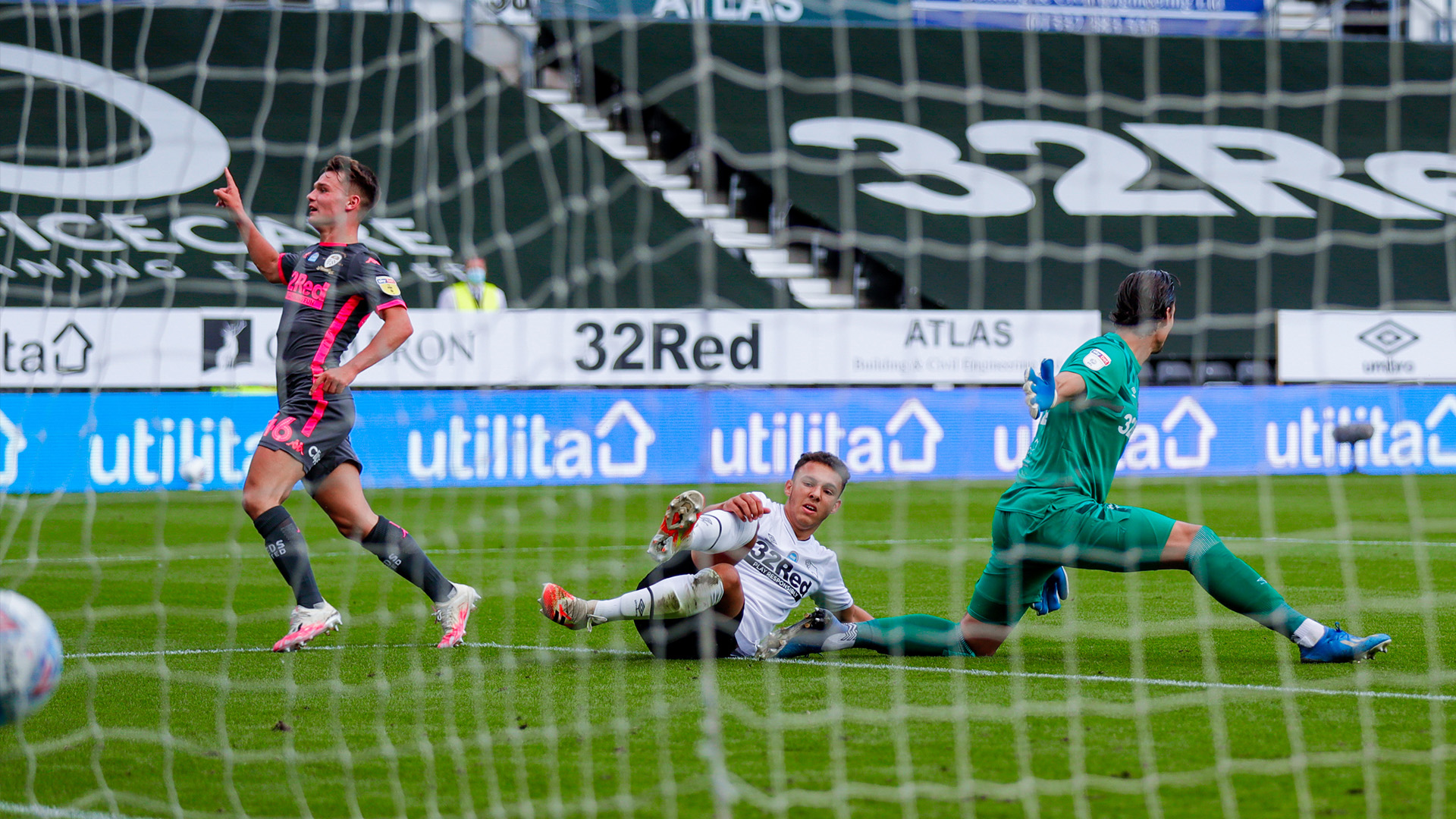 8) Klich in the stands

Having Pride Park to themselves brought out the playful side of the newly-crowned Champions, and Mateusz Klich making up a one-man away end to salute his teammates was like the kind of harmless prank we’ve all pulled on a sixth form outing to the seaside; childish, pointless and utterly hilarious. 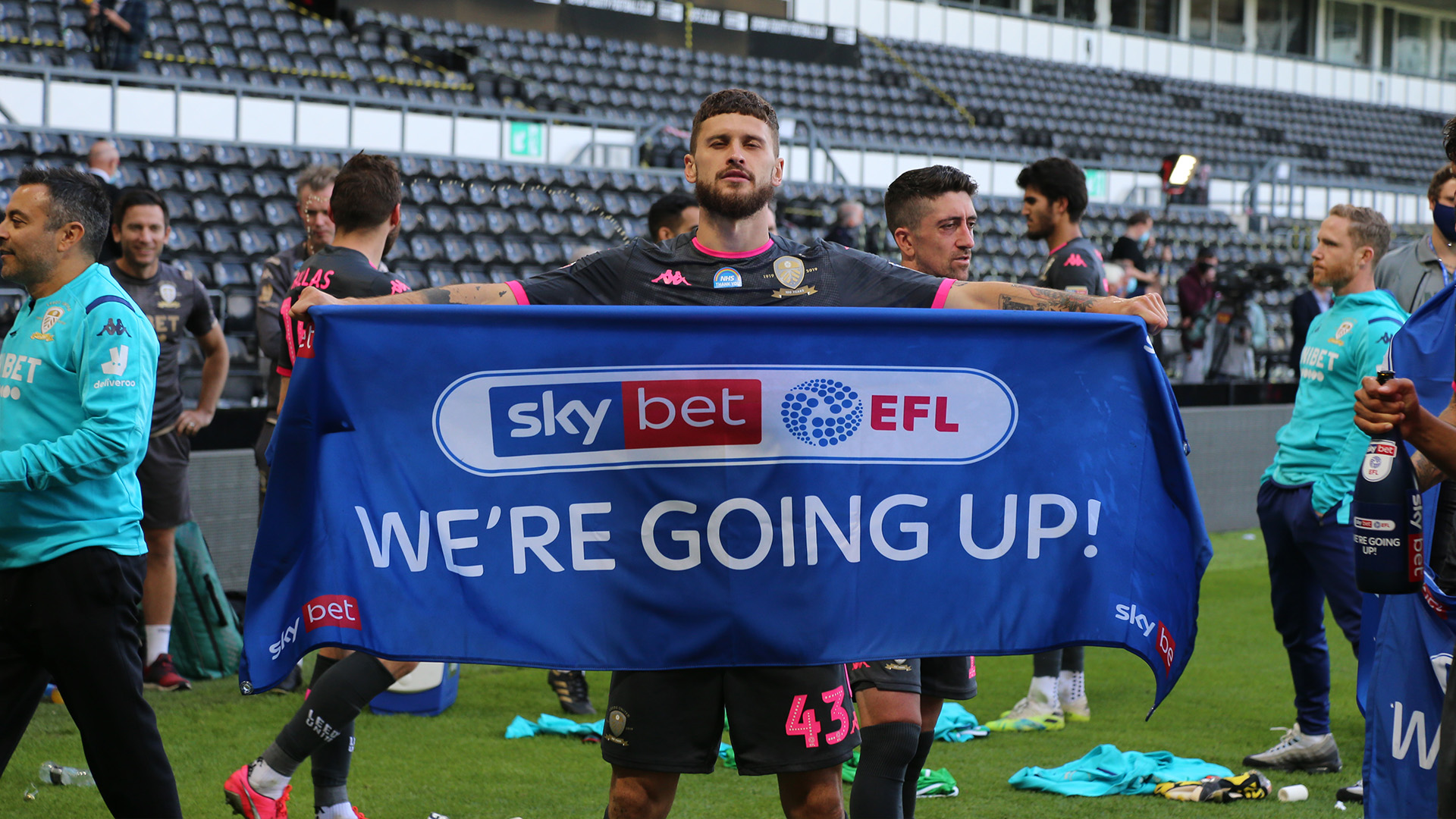 Every other regular outfield starter had scored this season, but perhaps our most consistent performer, and the only one to play every minute of every game, chose the final game to score his first goal for the club. And Ben White being Ben White, it was no ordinary goal. Doubtless Jack Charlton was looking on from above wondering what on earth a centre half was doing that far upfield, but then Big Jack had a devilish streak and enjoyed the odd foray upfront himself. And he would have licked his lips at the resplendent technique White used to thunder in that 25-yard volley.

It was the moment we all wanted; shrouded in ‘Would he? Wouldn’t he?’ uncertainty. But finally Marcelo Bielsa was reluctantly pulled into centre stage and he couldn’t resist a beaming smile. And his awkward, one-armed lifting of the Championship trophy – as he refused to let go of the blue Sky Bet flag he had tucked under his armpit but probably never unfolded – was an impeccable ending. It was a flawless depiction of his selfless humility, his refusal to demand attention and his orderliness in not just chucking something on the floor to improve the artistic impression, even if it isn’t needed. Such qualities have driven Bielsa for years, and they have driven Leeds United to the Premier League. He deserved that moment in the limelight, however brief and however un-coordinated. What a moment, what a man, what a season. 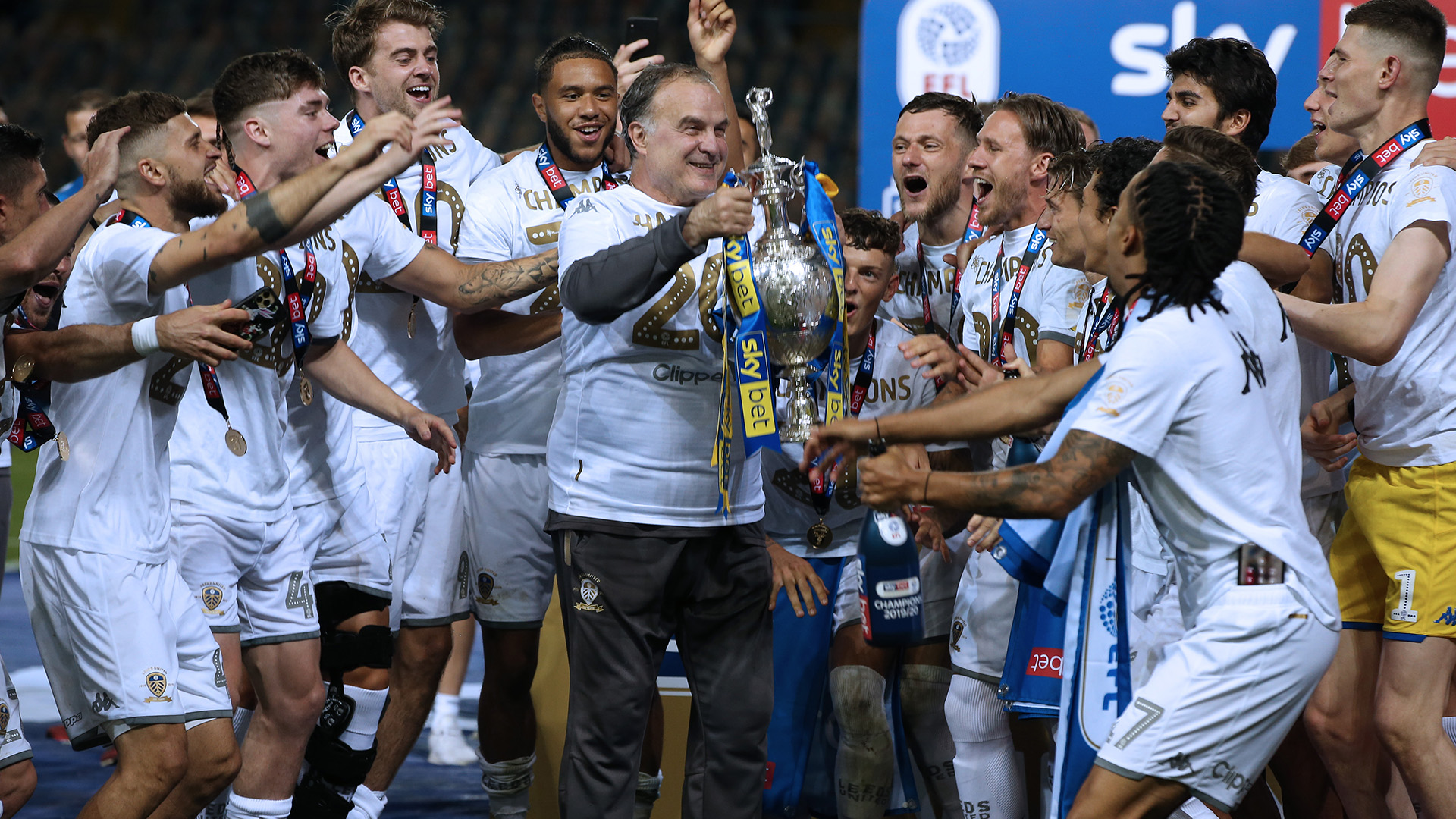