Leeds United defender opens up on Derby, photography, his future and more!

Each week we've been speaking to Leeds United players past and present as part of Deliveroo's #Ask series. In our latest episode, we were joined by the club's longest serving player, a man who embodies the 'Side Before Self' motto to a tee.

Taking time out from a busy training schedule, defender Gaetano Berardi spent 20 minutes answering fans questions on everything from the Derby game to his love of photography.

Read some of his answers below, or watch the full episode now:

How did you get into football?

When I was a kid, I used to watch games with my dad, especially when AC Milan were on. I also remember watching FC Lugano, the team of my city,  and from that moment I started to like football and sports.

Did you always want to be a defender?

When I started to play football, I would play as a winger, or sometimes as a striker scoring goals, but even then I liked to defend.

How did your move to Leeds come about?

I stopped my contract at Sampdoria at the end of June 2014 and my agent was already talking to [Massimo] Cellino and [Nicola] Salerno, the Sporting Director. I had to wait a few weeks to decide because I wasn't sure if they wanted me. I said after a few days that it was good for me to come here, I was happy to go on a new challenge, different country and to try something different. Then a few weeks later I signed. 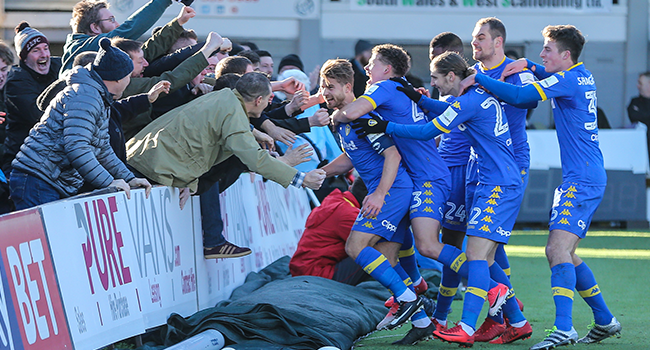 First thoughts about the club?

When I first arrived, I didn't know much about the league. I knew about the Championship but I didn't know exactly what it was like. I quickly realised that it was a hard league and that I would have to start from the beginning, to fight for a place in the team, which was not easy. The feeling was not so nice at the beginning because I knew straight away that it was going to be a really hard challenge, but after a few months I said 'Ok, let's start', so I fought for my place and did what I had to do for the team.

For us as players, it's a good feeling playing at home, it's like you feel stronger, especially when you see the stadium full and the crowd are going mad when you're doing well in the games. It's an unbelievable feeling. I can't remember another atmosphere compared to Leeds.

I don't really know when I play nice games. Sometimes we think we've played a good game, and then the next day you get killed in the video analysis. In my opinion, I don't remember previous years, but I think played well against Hull City at home, and Middlesbrough away this season. 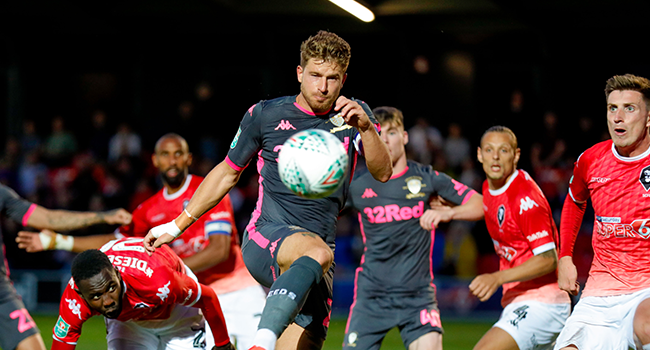 How did it feel to be named captain for your 100th game?

That day was actually Thomas' [Christiansen] idea. He asked Liam if he was happy with it, because it was my 100th game, Liam said 'No problem' and that he was happy to do it for me. It was a nice feeling. It was a big responsibility, I had the chance to do it in other games, but even without the armband I feel the same. If I remember the day, I remember that it was a nice gesture from Thomas and Liam.

Most difficult moment at the club?

That's easy. It was after the play-off game against Derby. It was really difficult for everyone, but if I have to say about me, it was really hard to take. It was the first time I had felt like this. I don't know. I spent many weeks thinking about that. I couldn't enjoy any moments, even if I was at home. But that's part of football, I was already thinking that I had to change it and I had to move on.

You were wrongly sent off against Millwall. What was your thoughts on that?

I couldn't believe it. That day was not easy. My first reaction was in the changing room, I was alone and I was just thinking 'If I have to accept this, maybe I need to go away and not come back'. After a few days, I started to realise that the club was working towards getting it rescinded and helping me, so when it was finally taken away I was happy about that.

Who are you closest to in the squad?

I'm close to Gjanni, Pablo, Kiko, Barry. Barry is a good friend. Everyone is nice, they're good people. Gjanni is a special guy, when I first met him, I knew of him as a player, but I didn't know him personally. I could see from the first day that he was crazy. He's a smart guy, a good friend and it's nice to have him as part of the team. 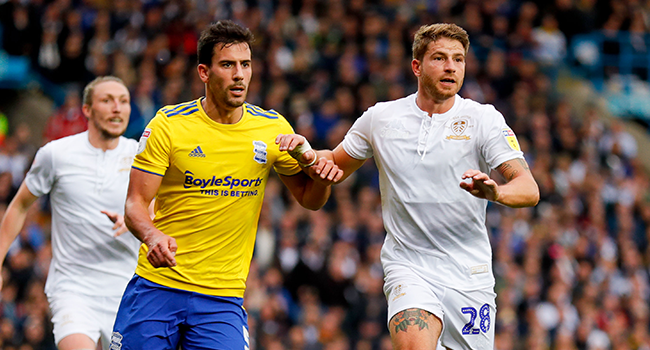 You've been described as the squad's 'father figure'. Is that something you enjoy?

Yeah, I like to help my teammates when they need help. I don't talk a lot but I try to speak up when it's needed. I think I'm at the right age to give the younger lads some advice, and I like to stay close to our captain, to talk about the team and understand some moments. It's a good feeling.

After yourself, who is the hardest teammate?

I'd say Kalvin is really hard. Nice guy but good fighter. Liam is good too. Gjanni! Maybe he doesn't look like it but when we need to fight he's always there. Then there's also Adam Forshaw, he's not with us at the moment but I remember that he's a good fighter.

We've had a lot of messages from fans saying how much they love you. What do they mean to you?

When I remember the nice things that I read, the nice messages that I receive, it's a really good feeling. Of course there might be people that don't like me but it's a good feeling when I remember the people that like what I do and most importantly, those who respect me. It helps me in a really good way, so I will always be thankful for this, especially after times like the Derby game. Many people were on my side during that tough time and it was nice to have, even if I was suffering.

What would winning the league mean to you?

It would be the best memory ever in my career. We've been fighting for this for many years, the six years I've been at Leeds, the fans for many more years, but also for my teammates who are fighting. It doesn't matter if it's been one, two or three years, we have to just focus on this one and it would be the best present for everyone.

Given any thoughts to next season yet?

I don't know, I just want to finish the season as best we can. There are bigger things to do before I think about my future. 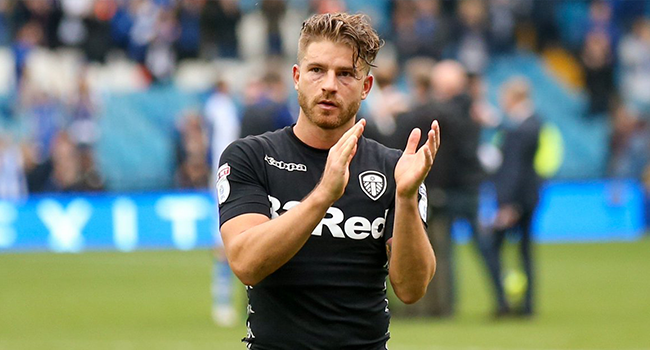