Following on from Lucas Radebe last week, we were joined by Leeds United forward Tyler Roberts for our latest episode of Deliveroo's #Ask!

The call was put out for fans to submit their questions, and Tyler happily took time out to answer as many as he could, from THAT Magnum video to why he had 'T. Roberts' on the back of his shirt.

Read some of his answers below, or watch the full episode now:

How have you found your first week back in training?

It's been enjoyable to be fair. It's nice to get back to a bit of normality, back on the ball and actually passing to someone. It's been a challenging few months because you're not doing things that you usually do, like waking up at a certain time for training etc, so it's been hard to keep a routine and keep going, but it's also been refreshing to clear your mind of football and have a little break away.

What was the hardest training session in lockdown?

It would have to be the running session where we did four minutes, twice, as quick as you could, then three minutes twice, two minutes twice and one minute twice. Yeah, I was finished for a couple of days after that.

You know I've been doing a load of cooking! Just working on getting my recipes right. I'd probably say the best thing is a Asian sticky beef teriyaki kind of dish, I might bring it out and share the recipe.

I could bring a cook book out, I haven't been writing them down, but I've taken loads of pictures so I might post a few of them. 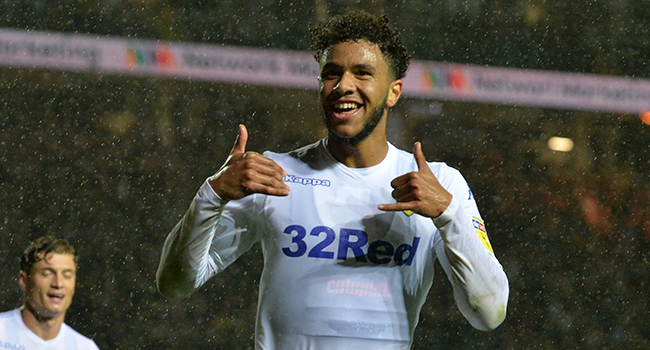 Favourite Magnum flavour? And What was the Magnum video all about?﻿

Haha! I don't know why this Magnum video is still being brought up, but it makes me laugh every time. I don't even eat Magnums but my favourite would probably be the white chocolate one.

I don't really know what it was about to be honest. I was sat in my garden, it was off-season, I had just come to Leeds, I hadn't played yet, just chilling in the sun, had a little Magnum and thought the lighting is hitting me well here. So I took a little video and since then, can't get it behind me, it's always coming up.

How did your move to Leeds first come about?

I was at West Brom, I had just finished a loan spell at Walsall, and I wanted to cement a first-team place there. It was made obvious that it wasn't going to be that season or maybe the season after, I kind of had enough of going out on loan and moving to different teams, so I wanted to settle and fight for a spot. Leeds were interested, said that I'd be part of the first-team, it's a massive club and it was pretty much a no brainer for me.

The best one would have to be my first goal for Leeds when I lobbed the keeper. It was a nice goal, I took it quite well, but it was more being at home, it was my first goal, I think it was my first league start and the noise that I heard from it was unbelievable, I hadn't experienced it before. It was special.

Why do you have 'T. Roberts' on the back of your shirt?

I was in my first loan at Oxford, and when I was growing up I always thought it looked cool when players had their first letter, a dot and then their last name. It was a bit different and I've always wanted to be different from the norm, so I had it at Oxford, didn't have it at Shrewsbury, then had it again at Walsall. When I came to Leeds, they gave me 'Roberts' and I kind of just questioned it, asked if I could have 'T. Roberts' and because I'd had it previously, it was signed off. 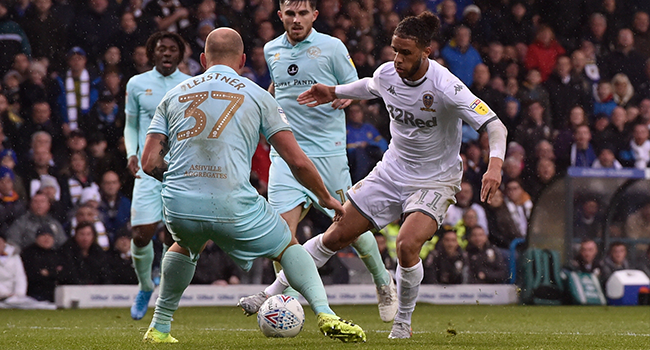 What would it mean to win the Championship with Leeds?

It would mean so much. Winning the Championship is a massive thing, but just to get promoted and get Leeds United back into the Premier League would be crazy. For the city, the fans who are so passionate, the lads who have put so much effort in, it would mean a lot for different reasons.

Who is your biggest inspiration?

Without a doubt, it's my mum. She's done absolutely everything and more for me, without her I wouldn't be where I am today. I do everything for her, so as long as she's happy and smiling, then I'm happy.

How did it feel when you got your first Wales call up?

It was such a proud moment. My grandad is from Wales and he's done so much for me as well, so I called my grandparents first, they were so proud and buzzing. Then I was excited and just wanted to get onto the pitch.

What advice would you give to a 15 year old trying to make it in football?

To do more than the minimum. If you've got training, be the hardest worker, then afterwards, do extra training. It's just about doing anything that will put you ahead of everyone. The biggest thing for me has been nutrition, so as soon as you can learn about that, get into it, because it changes you massively.

Where do you see your career in five years time?

Hopefully the top of the Premier League in five years time. I think that's a goal that me and a lot of players probably have, but I believe that it's achievable.

What's it like to play in front of the Elland Road crowd?

The Elland Road crowd is the best I've ever played in front of. The atmosphere that they create for us, and against the away team, it's crazy. It definitely gives us an advantage, 100 percent. I've seen teams come to Elland Road and crumble because of the fans so it's great to have that behind us. 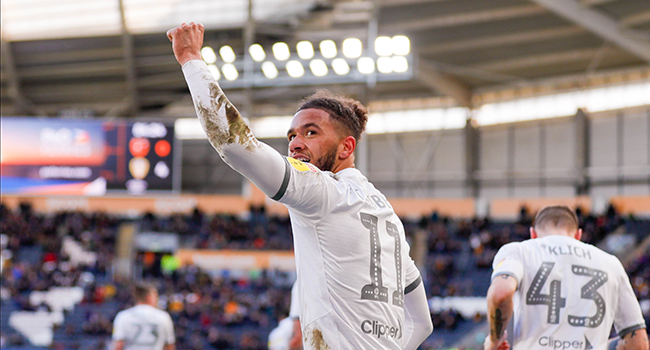