Find out more about Stuart Dallas.

Full-back Stuart Dallas is one of the longest serving members of the current Leeds United squad.

Here we find out more about the Northern Ireland international from his favourite career moment, to how he ended up being the odd one out, without pink boots when playing for Whites earlier this season...

“I think it was a Rangers game, my brother is a massive Rangers fan and he used to go a lot, so I used to go to a few games as a kid.”

“Not really to be fair.  I used to support Liverpool when I was growing up because my dad supported Liverpool and my brother supported Rangers, so it would be between the two.  Robbie Fowler and Steven Gerrard when they were playing purely because they played for Liverpool, but I wouldn’t say a hero as such.”

“You’ve caught me out here, I can’t remember specifically, but henever I was in a team we used to wear adidas Men's Copa Mundial and we used to keep the tongue out and put the tape around the tongue to keep it down, I wore those for years.”

“I wear Nike boots now, it’s just whatever colour and model comes out.  Whenever the new colours come out I tend to keep wearing my old ones for a while because they’re comfy and I don’t like wearing new boots straight away.  I think there was a situation not so long back where the whole team was wearing pink and I was the only one not!  That’s just down to me wanting to be comfortable!”

“I’ve scored a couple of good ones for Leeds, but going back to my Brentford days I really enjoyed one I scored at Craven Cottage against Fulham.  It was my second one, it was a really good one and it was good because of the rivalry between the two side as well.  The best team goal was the goal against Stoke City earlier this season though.  All I had to do was tap it in, but the pass from Pablo Hernandez was incredible.”

Is this the definition of Bielsa Ball @LUFC fans? Tidy finish from @dallas_stuart as well. 👌💥#EFLonQuest | #LUFC pic.twitter.com/1ktuGAG0Eu

“I’d say reaching and playing in the Euros with Northern Ireland.   Promotion with Brentford was good, but hopefully the best is still to come with Leeds.  It’s a dream come true to play for your country at a major tournament, with the whole build up to it.  I actually got married a couple of weeks before, we were in camp and I had to leave to go home and get married.  I think that might have had an impact on Michael O’Neill’s decision for me to play or not, but I came on and played every game after that.  It was an unbelievable experience to play at a tournament, the Northern Ireland fans were the best there and I got goosebumps every time I went on to the pitch.  When we won against Ukraine it was incredible.  Nobody gave us a chance to even score a goal and we qualified from the group, it was unbelievable.” 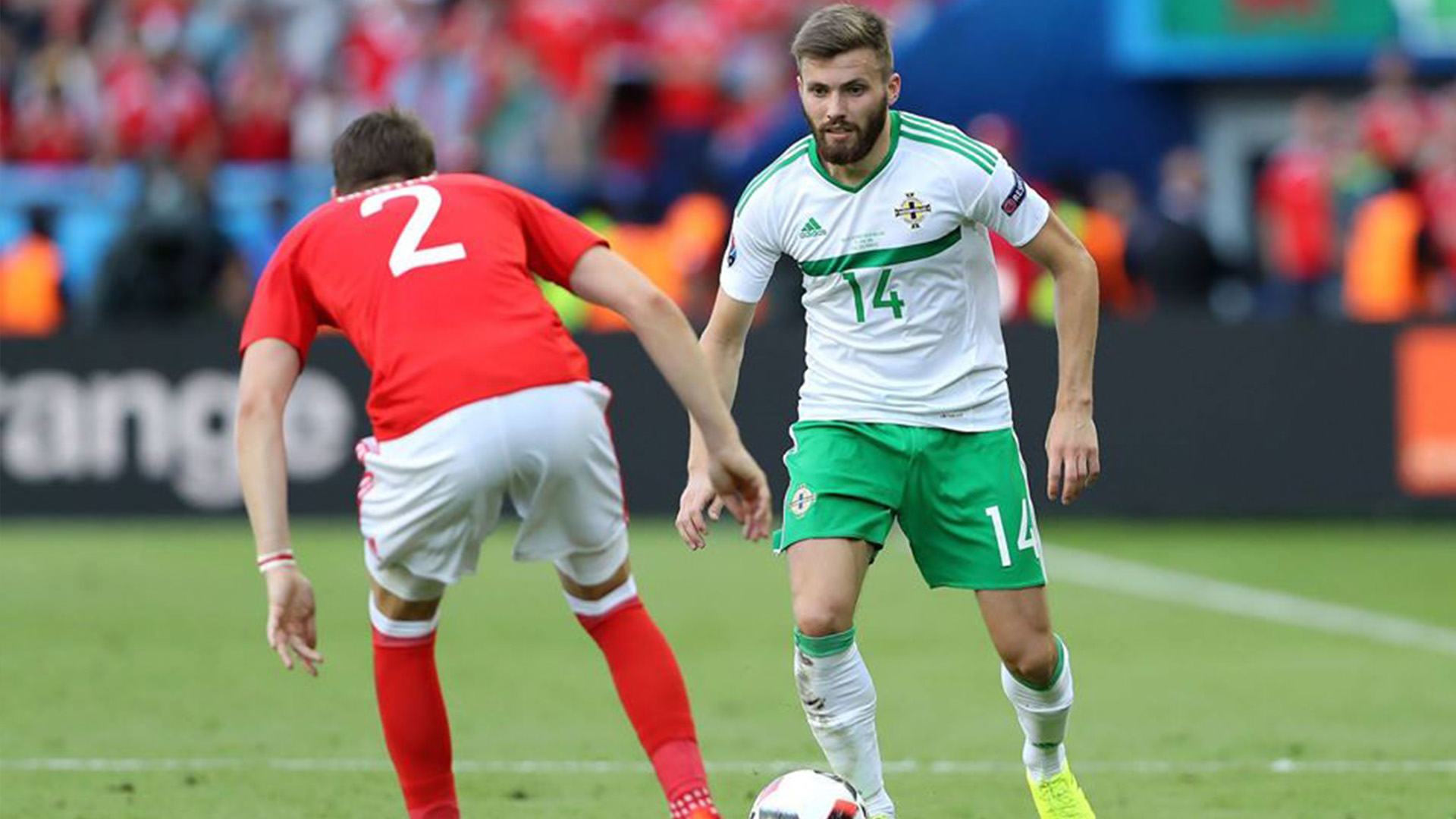 “I’ve played with a lot of good players.  You look at Pablo now, he’s been there and done it all.  He really is a brilliant player.  With Northern Ireland you’ve had players at the top level like Jonny Evans and Steven Davis as well.” 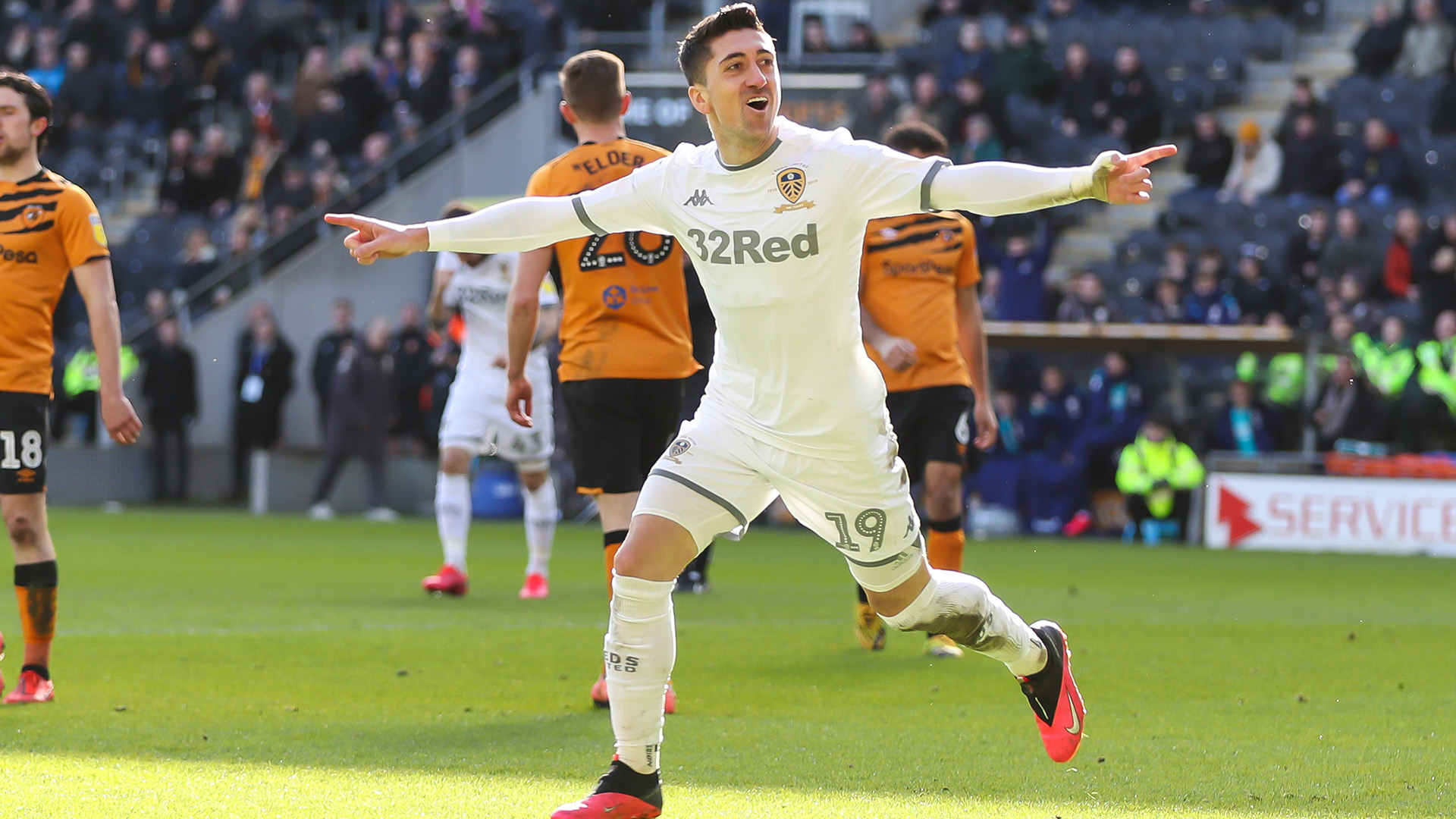 “You can look at the massive names you’ve come up with, particularly on the international stage and the world class players.  The one who always sticks out in my mind is Joshua Kimmich from Germany when we played them in the Euros.  I think he was making his debut and I was playing left -wing or wing-back.  I remember Michael saying to me before the game ‘they’ve brought in a young lad here and it’s a chance for us to get a little bit of joy, he hasn’t played before, this is his debut’.  But he just kept going forwards, he attacked and attacked and attacked.  I don’t mind tracking back, but as a full back he attacked and attacked and attacked and since then he’s been a mainstay in the German side.  He’s moved into the centre of midfield with Bayern Munich, but for me, one-to-one playing against him, he was very good.  I’ve played against him a number of times now, but he really is brilliant.”

“The Birmingham game has to be up there earlier this season, it was a rollercoaster game!  The second leg of the Play-Off semi final last year, the atmosphere before the game was incredible and when we went one-nil up during the game it was amazing.  Goals obviously get you so the Birmingham game is right up there and two years ago under Garry Monk when I scored at Blackburn in front of that full away end, just because of the fans obviously, and the joy you get when you score.” 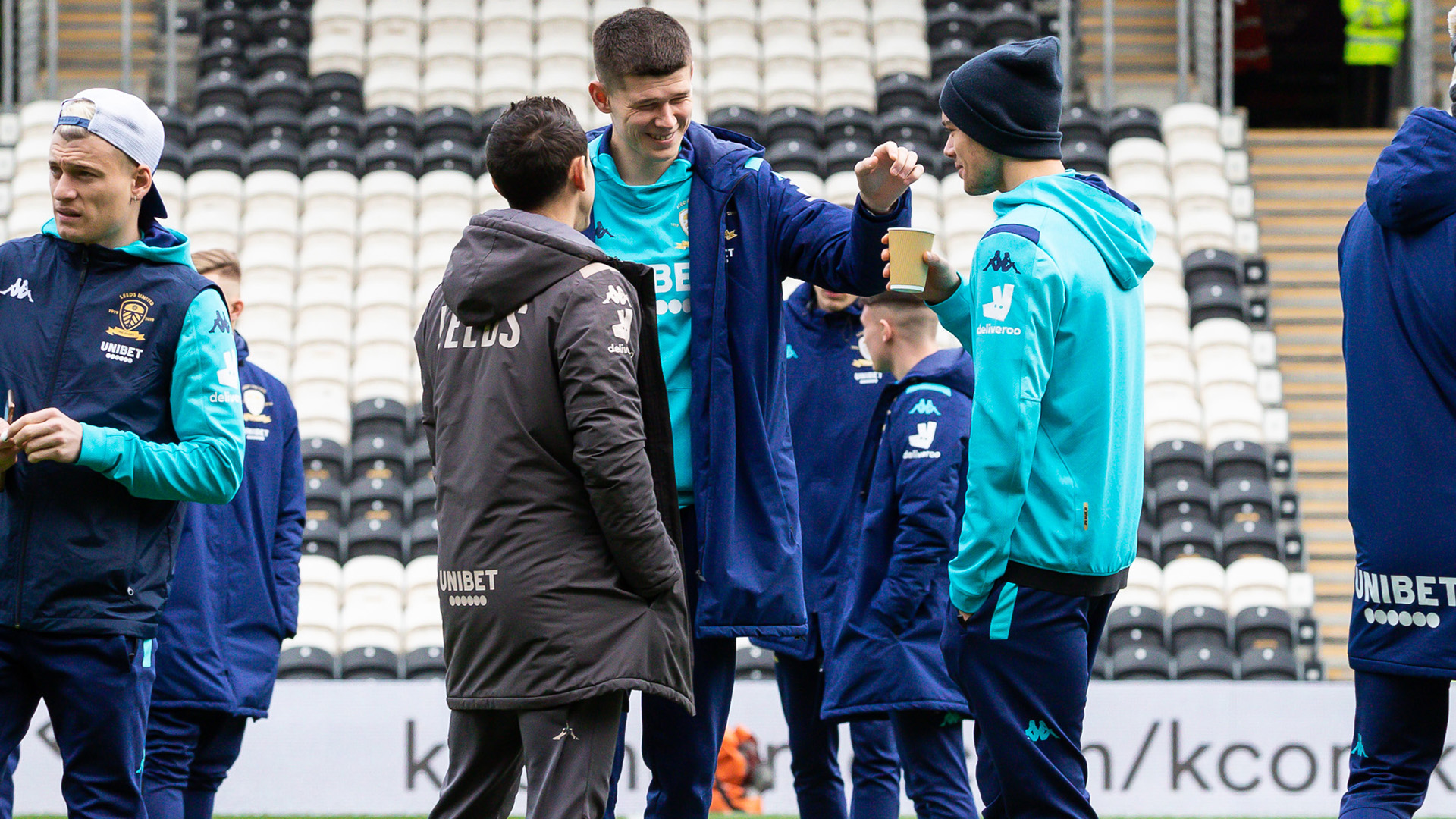 “There are quite a few that think they’re funny, but they’re not, they’re quite annoying at times haha!  Big Illan, he’s quiet but some of the things he comes out with are really funny.  He’s a good lad, really loveable and the boys have taken really well to him.  Obviously you have your jokers as well like Ezgjan Alioski, but I’d say Illan, he’s just so funny.”