On this day in 2001, Leeds United recorded a memorable 3-0 victory over Deportivo La Coruña in the quarter final of the UEFA Champions League.

It was one of the greatest nights in the club’s 100 year history and we look back at how it all unfolded.

Ahead of the meeting with the Spanish side at Elland Road, there were mind games between the two sides.

Deportivo were La Liga champions in Spain and midfielder Victor was clearly pleased with the quarter final draw.  He said: "I suppose you have to give them some credit for putting out Barcelona and qualifying alongside Madrid, but we were very pleased when we heard Leeds would be our next opponents.  They are the weakest team in the competition and when you compare them to the other sides we've got the easiest draw."

Leeds United’s Norwegian international Eirik Bakke was annoyed at the outburst and hit back saying: "Victor can say what he likes. We know we are not the weakest team left in the competition.  He is only saying what Lazio, AC Milan and all those teams said about us, and look where they are now - out of the tournament.  I have seen Deportivo on television a couple of times and they are very strong, but we have beaten better teams than them earlier in the competition.  They won the Spanish League last season but we know we can beat them over two legs, that's for sure.”

Following previous results in the competition with wins over the likes of AC Milan and Lazio, Leeds midfielder David Batty tried to be realistic.  "We've upset a few big teams on the way so I hope fans don't now expect too much and think that we can walk through to the semis.  We may not have one of the bigger name teams in Deportivo, but as we've shown, it's against teams like that you can end up on your backside.  They are a skilful team and against teams like that if you give the ball away you never get it back.  We will have to be at our best, but we are really confident at the moment so we fancy our chances against anyone at the moment.  We've come a long way since we were well beaten at Barcelona, and now we have nothing to lose and can look forward to these two games." 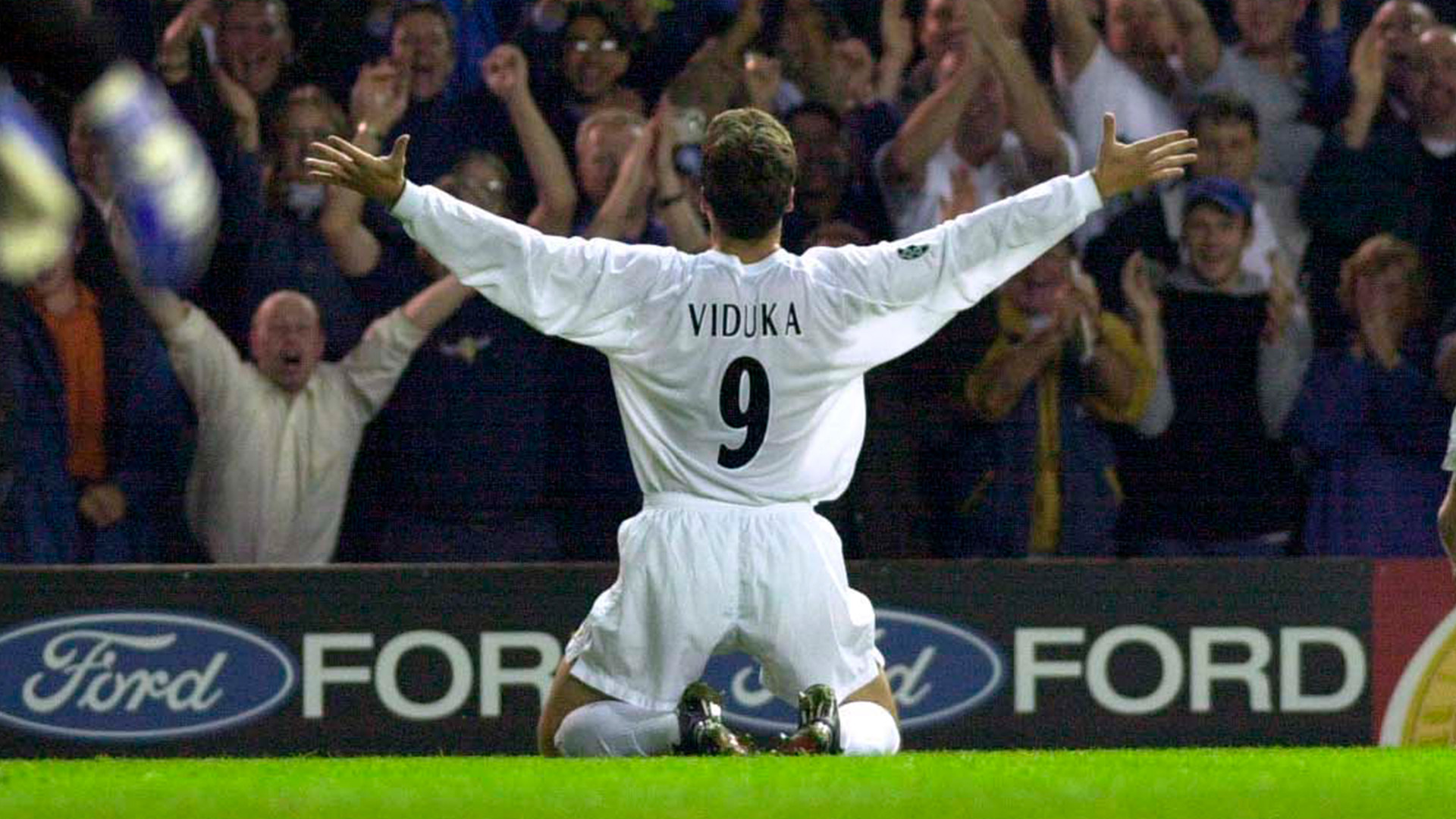 Meanwhile striker Mark Viduka admitted he came close to joining the Spanish side from Celtic, admitting: “It was between Deportivo and Leeds last summer, but Leeds were more keen, more direct, and the club appealed to me.  The whole set up at Elland Road, the coach and the ambition impressed me, although I was flattered by the approach from Deportivo.”

Leeds were dealt a blow when skipper Lucas Radebe who returned to action in the previous weekend's win at Sunderland picked up a knee injury ruling him out for a month.

The Sunderland game had also caused more problems for the Whites, striker Alan Smith picked up a calf strain, whilst Olivier Dacourt was stretchered off with a shoulder injury and replaced by Eirik Bakke.

The duo, along with utility player Dominic Matteo who had a strained ankle, all faced late fitness tests.

Deportivo coach Javier Irureta admitted concern over the absence of two of his club's most faithful servants ahead of the trip to Elland Road.

Mauro Silva, who had been the backbone of the Deportivo midfield for the past decade, was nursing a groin strain and looked set to be replaced by Juan Carlos Valeron or Argentine Aldo Duscher.

Defender Donato, sidelined with a thigh injury, was the other key absentee.

The 38-year-old had been important in marshalling the back four during the Champions League campaign and had missed only 47 minutes of the 12 games. 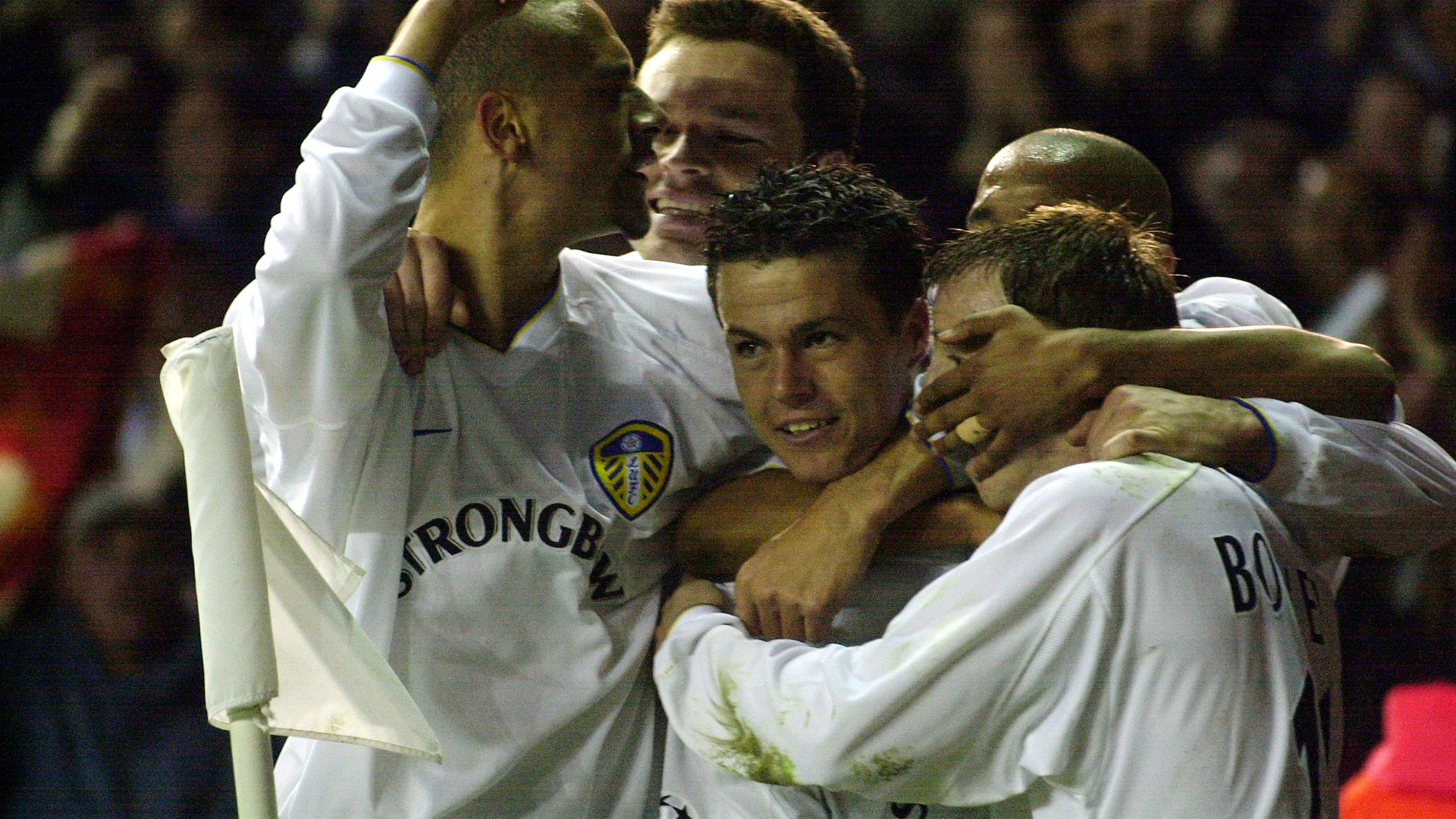 The Whites produced a stunning display at Elland Road against the current La Liga champions, taking a huge leap towards the semi finals.

It was Deportivo who had an early chance when Djalminha latched onto a Dominic Matteo header, before Ian Harte saw a strike saved by Francisco Molina after he drove forwards.

Harte then turned provider, picking out Lee Bowyer on the edge of the box with a wonderful pass, but Molina did well to close his angle down and make a save, whilst Harry Kewell went close, firing just over after weaving his way through the Deportivo defence.

Set piece specialist Harte was afforded a good opportunity in the 26th minute when Alan Smith was hacked down on the edge of the box by Cesar.  Harte then left Molina rooted to the spot, smashing home a wonderful free kick via the crossbar, sparking jubilant scenes.

Leeds continued to create openings, Mark Viduka found Smith with a header, but his effort was easily saved by Molina.

Smith had a great chance to double the lead before the break when he met a Kewell cross, but saw his diving header go just off target.

Leeds made a bright start to the second period, Viduka held the ball up and laid the ball off to Lee Bowyer who set up Smith to strike and he was denied by a fine Molina stop.

Smith did get the better of Molina six minutes into the second period.  Following the corner Smith had won, the ball came back out to Harte and he delivered a lovely cross and the forward nodded home his fifth Champions League goal of the campaign.

Harte almost added a third with another trademark free-kick and having already beaten Molina once, this time saw his attempt go just wide of the near post.

The Whites were to go further ahead though, when Molina flapped at a Harte corner and Rio Ferdinand was at the back post to provide a powerful header which found the roof of the net, his first goal for the club, lifting the roof off Elland Road.

Nigel Martyn provided two invaluable saves late on to deny substitutes Diego Tristan and Walter Pandiani, to deny Deportivo and away goal as Leed came away with a crucial clean sheet.

At full time the Elland Road crowd was buoyant, “three-nil to the weakest link” rang around the famous ground, in response to the pre match comments from the Deportivo camp, with a first semi final since 1975 now looming for the Whites. 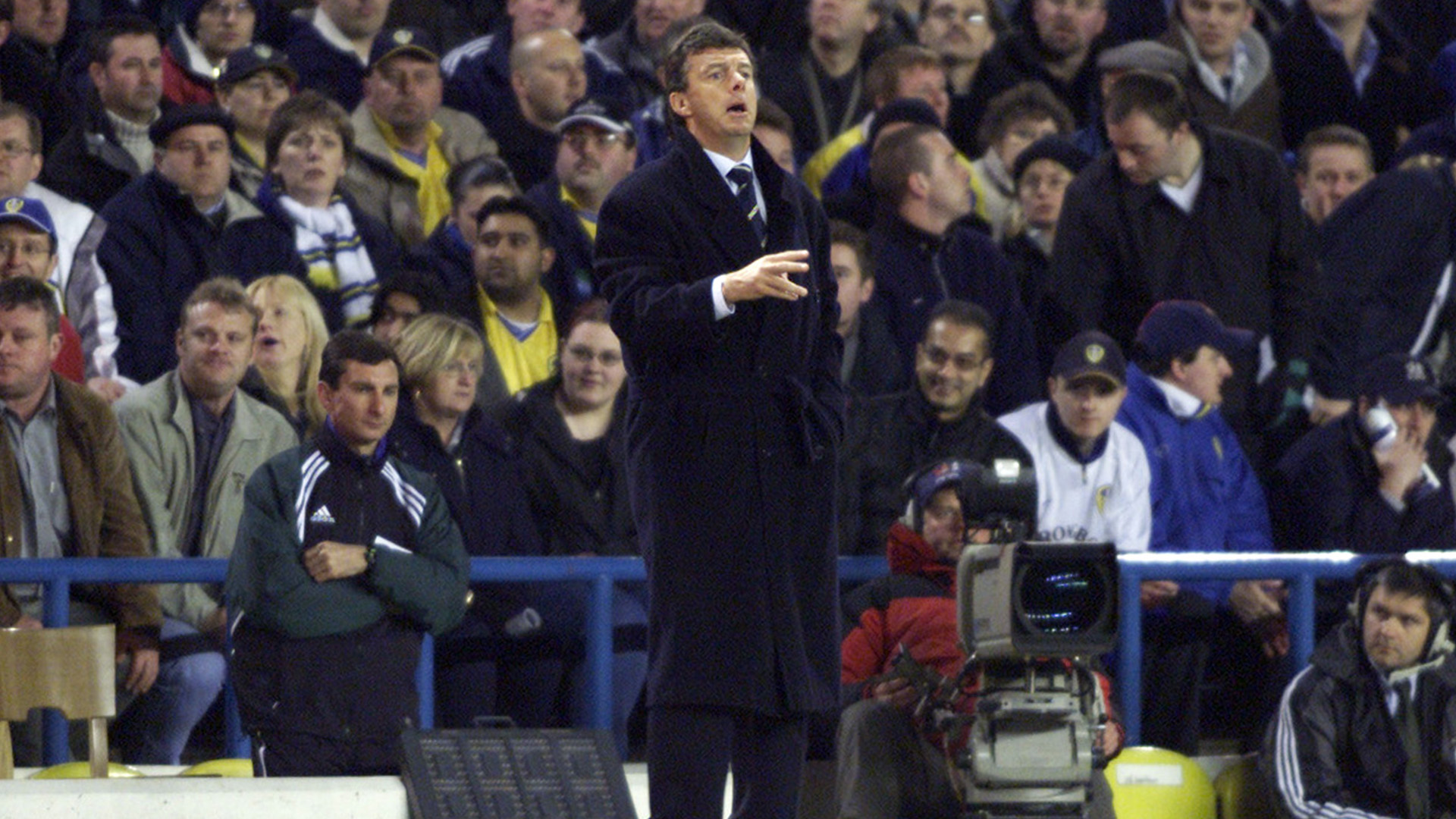 Manager David O'Leary was delighted with the super show by United and said afterwards: "They were all heroes. I only pick the team and they go out and do it. I'm delighted and so proud for them.  We played good football from the very start. For a young side I thought they showed a lot of maturity and experience.  I'd have been delighted with that result before the game. I'd have taken 1-0 to be honest, just as long as we didn't concede an away goal.  This is possibly the best night in Europe for us this season. But it's only half-time and the important thing is not to go there and concede a goal.  I've seen leads like these turned round, PSG got beaten there after leading 3-0 as we know. I know people are jumping on my back for talking us down all the time.  We've come a long way, long may the adventure continue."

Olivier Dacourt, who was outstanding in midfield, said: "We aren't surprised by this result as we've done well in the Champions League.  We've learned a lot along the way after watching Rivaldo, Patrick Kluivert and co in that first game back in the Nou Camp.  We knew we had not to concede a goal and we were always confident we could score against Deportivo. We played with passion and played like a big team.  When we played Anderlecht we showed that people shouldn't speak before a game. Another manager did and once again we have proved him wrong.  I must say thank you very much to the manager of La Coruna for saying things like he did and we are very happy!”

Rio Ferdinand, who scored his first goal for the club said: "Everything went just as we planned it.  This was the first time I had captained Leeds in a European tie and to score my first goal for the club was extra special on a terrific night.  To be honest I can't remember my goal it is a bit of a blur it was definitely the most important of my career because I've only ever scored two. This was the first with my head but hopefully they'll be a few more to come.  The tie is not over yet but to score three goals in a game like this is brilliant but we have the second leg to play and Deportivo have come back from there down before against PSG.  To get three goals was a dream result. We had to work very hard for this but the important thing was not to concede a goal."