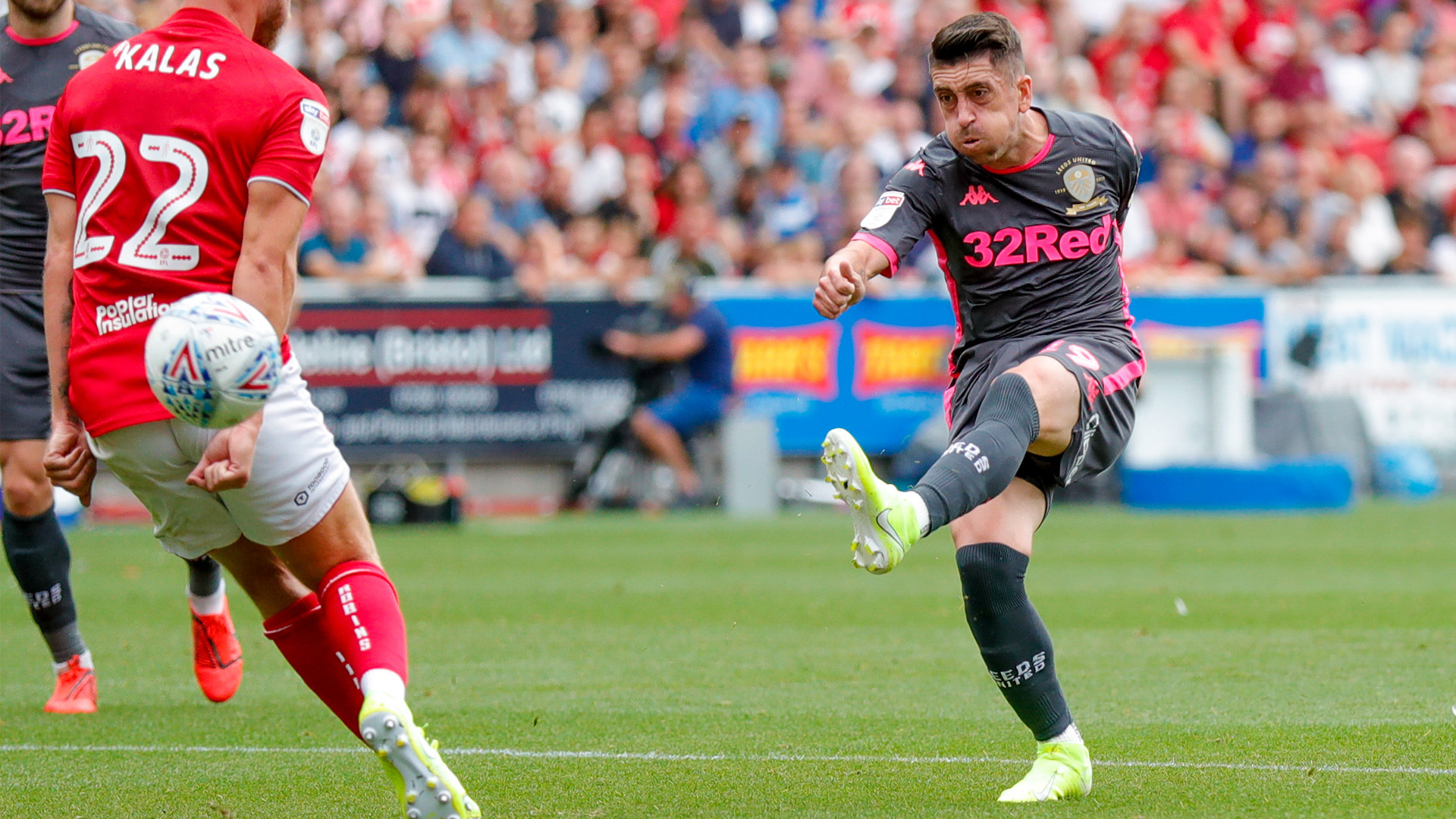 Leeds United’s centenary season got off to a winning start, as the Whites dismantled Bristol City at Ashton Gate, recording a 3-1 victory.

The first sight on goal came for the home side in the seventh minute, after Kasey Palmer won a free-kick 30 yards from goal.  Palmer struck on goal, with Kiko Casilla making a relatively easy stop.

Straight after, the Whites had a great chance to take the lead, following a poor clearance by Bentley, Adam Forshaw played in Bamford who struck at goal early from the edge of the box, dragging his shot wide.

Casilla came a long way out to deny Andreas Weimann when he was set to go through on goal, whilst at the other end Forshaw saw a strike from the edge of the box well blocked.

Leeds took the lead in the 26th minute, Pablo Hernandez picked the ball up on the edge of the Bristol City box, before finding the top left corner with a stunning strike, to send the travelling Whites support wild.

Casilla made another important stop when he intercepted a Tomas Kalas cross well, with a queue of Bristol players waiting, before Barry Douglas made a vital block to stop Weimann’s effort from the edge of the box.

The home side had their best chance of the half five minutes from the break, Josh Brownhill was teed up to strike from 12 yards, but Casilla made a superb stop down to his left.

On the stroke of half time Leeds had a great chance to double the advantage, after catching Bristol on the counter attack after good play between Mateusz Klich and Harrison, Forshaw struck just wide from the edge of the box. 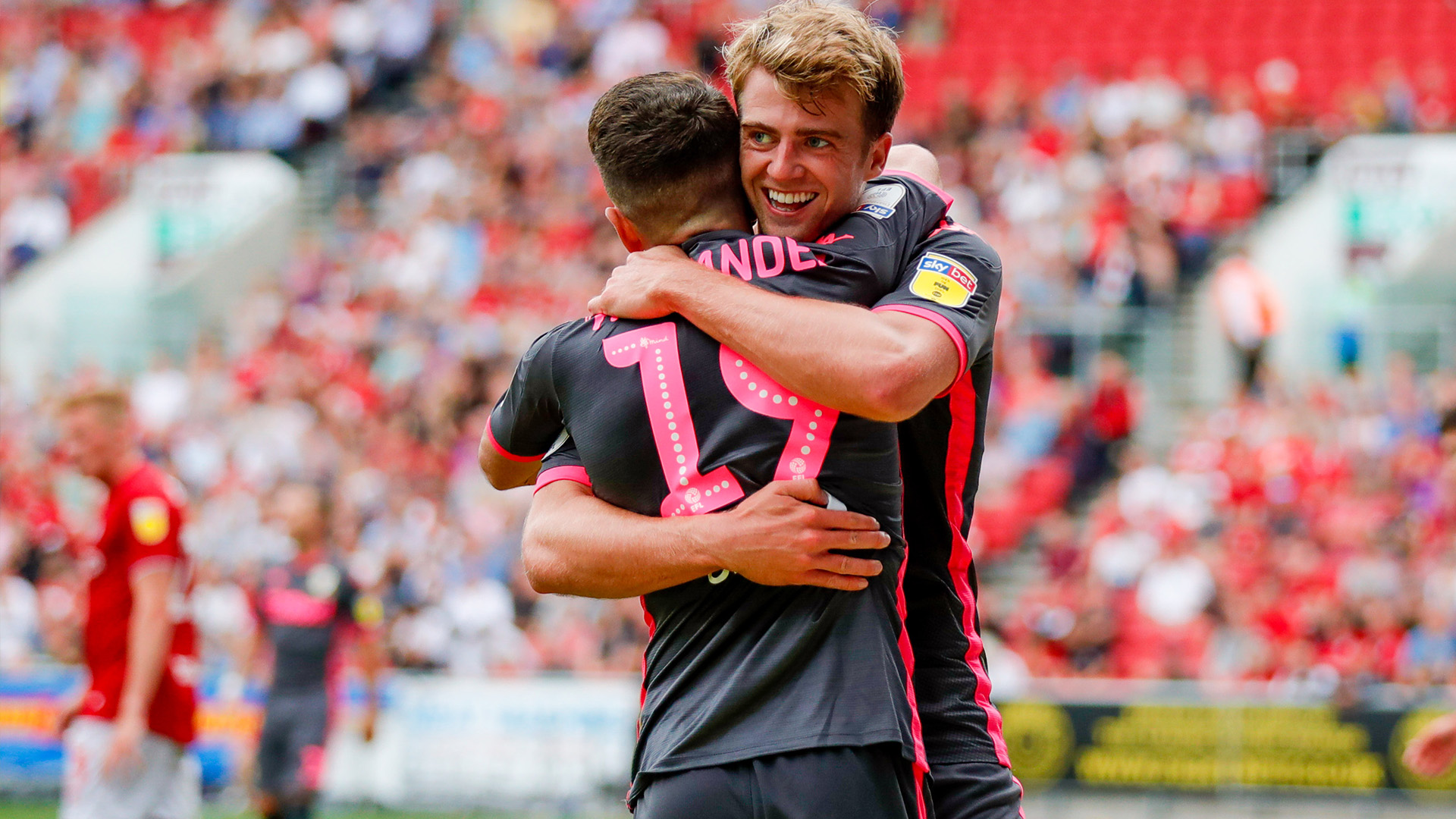 Following an array of yellow cards for both sides at the start of the second half, Leeds nudged further ahead in the 57th minute.  Pablo Hernandez showed great skill to reach the byline and his cross was met by a Bamford bullet header, giving Bentley no chance.

Leeds continued to turn the screw after the second goal, Harrison saw a strike from the edge of the box go over, before Forshaw struck just wide following a lay off from Klich.

Klich then saw a strike well blocked, before the home side almost got back into the game from a free-kick, with Josh Brownhill hitting the side netting with his close attempt.

Leeds made it three in the 72nd minute, the Whites caught Bristol on the counter attack as Stuart Dallas raced away down the right, he then teed up Klich who was denied, but the Bristol goalkeeper could do nothing about Harrison’s follow up, to erupt the Leeds support for a third time.

The Whites went in search of a fourth and nearly found it when Bamford broke down the right, he set up Klich, but he couldn’t keep his shot down.

With 11 minutes remaining Bristol pulled a goal back, with Weimann’s deflected effort finding the back of the net.

That gave the home side confidence, but Jamie Paterson’s free kick which went just over and a Taylor Moore deflected strike was the closest they came, as Leeds saw out the win to gain the three points on the opening day of the campaign. 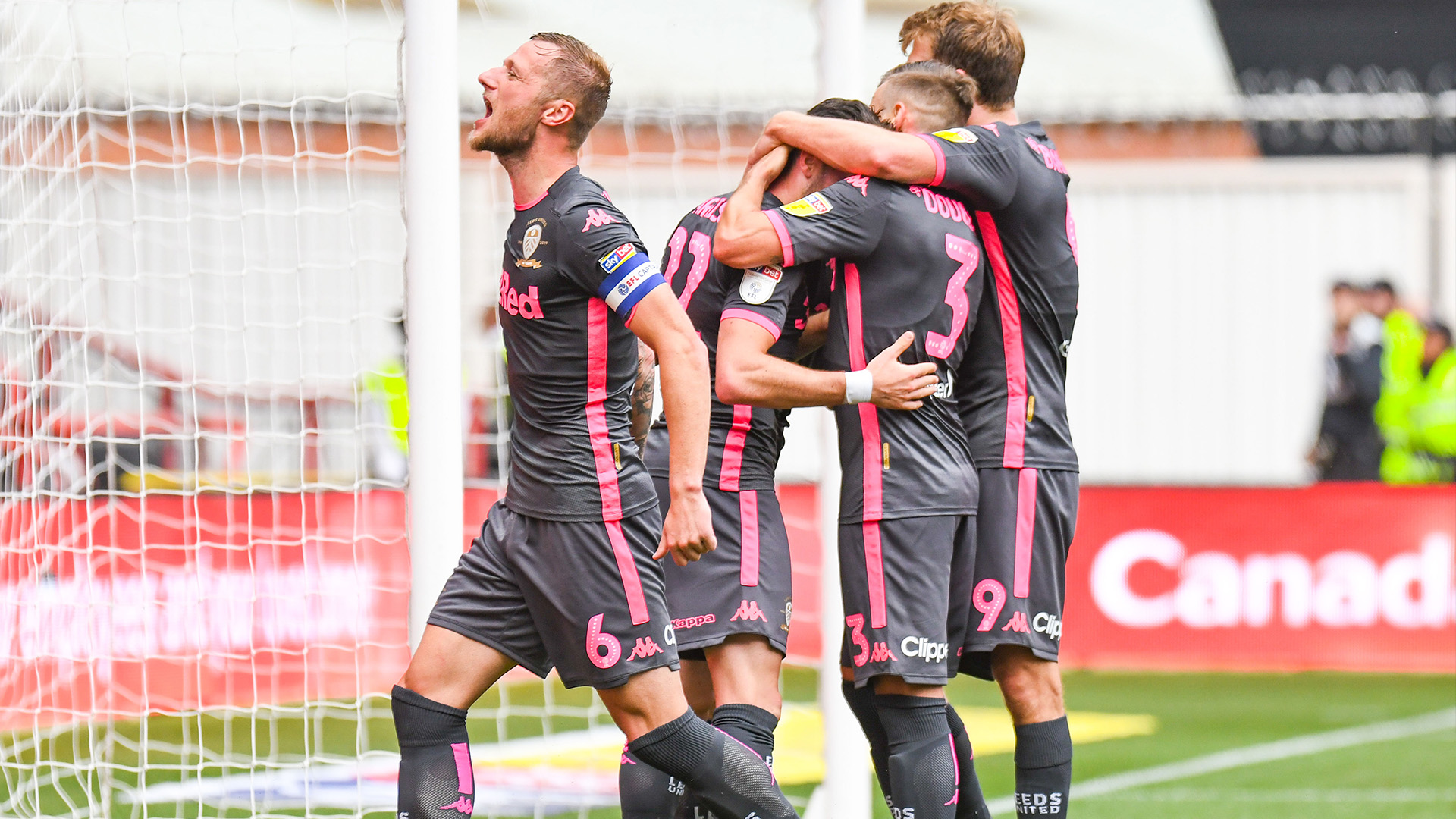