Leeds United captain looks ahead to the second leg

With the Whites taking a 1-0 lead going into the clash at Elland Road, Cooper insists that the side won't be taking anything for granted.

"I think we've got to approach it exactly the same as any other game," said Cooper.

"We go to win every time, and that's got to be the mentality going into this one.

"If we go into the game thinking that we've got to protect the lead, we'll be our own worst enemy, so we'll go to win, we'll commit men forward, and the best team over the two legs will go through."

Having defeated Derby 4-1 and 2-0 earlier in the season, Cooper expects an even closer game at Elland Road after the 1-0 win on Saturday.

He said: "You could tell from Saturday that the game was a lot closer, that might be the magnitude of the occasion, but Derby have a lot of players who can hurt you.

"Obviously we nullified them to zero shots on target at the weekend, but those games are gone now, our focus is Wednesday, and we'll be looking to beat them again.

"We've got a massive game, the prize is there, we can all see it, but we've got 90 minutes of football, maybe more, to get through, and hopefully we can do that."

With no Pontus Jansson in Saturday's squad, and Adam Forshaw coming off early after picking up an injury, the Leeds United captain discussed how well the team can adapt to those situations.

"It speaks volumes of the belief the manager has in the young lads, our bench was an average of 19 years old, these boys are a different class.

"They came in from day one, they really stood up to be counted, a lot of boys come up and don't get it, but they definitely do.

"Marcelo (Bielsa) demands a lot from them, but they always give everything, they're a great asset to have, and he knows that when ever he throws them in, they'll come up trumps."

Asked what he thought the atmosphere would be like at Elland Road on Wednesday, Cooper was in no doubt.

"It's going to be electric!

"I'll probably go as far as to say it'll be the best we've heard it this season. We need the fans to be intimidating, but we know they're going to be there, they always are home and away, no matter what.

"Even through the bad days, they've always been there, we just really want them to boost us, and hopefully we can feed off that energy to put in another strong performance." 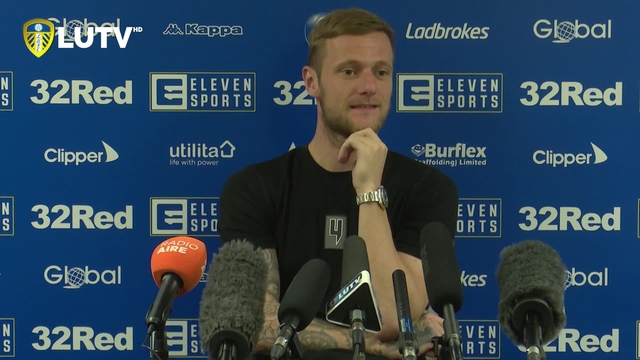