Bielsa felt his side were worthy of the victory on Saturday and had praise for Jamie Shackleton, Jack Harrison and Roofe, but encouraged his side not to be complacent.

“I think it was a deserved win,” said Bielsa.

“Jamie Shackleton showed his character and personality, he adapted immediately to the game and he defended well and attacked well.

“The fact we lost Adam Forshaw had a big influence during the game and Shackleton was a very efficient substitute.

“Kemar Roofe made many efforts, he moved all of the time, he made many movements.

“He scored a goal and this is something very important for a number nine, so all of these are positive factors to evaluate his performance.

“I think that Jack Harrison’s pass was very good, it was decisive in this game.

“Jack made a good performance and this action of his pass strengthens his performance.

“He was very generous, made many efforts like all of the team and he finished playing the game as a number nine and he had a physical presence which helped us.

“In every game we try to win and I think it was a fair win.

“We have an advantage, but it is not a decisive advantage, we still have 90 minutes to play.

“When we just have a difference of one goal, it is not a decisive advantage.

“If we take as a reference what happened in the last Champions League games, we shouldn’t draw conclusions about it.”

Bielsa also gave an update on Adam Forshaw and Pontus Jansson, on if they will be available on Wednesday.

He said: “For Adam Forshaw I don’t think so and for Pontus Jansson I couldn’t tell you yet. 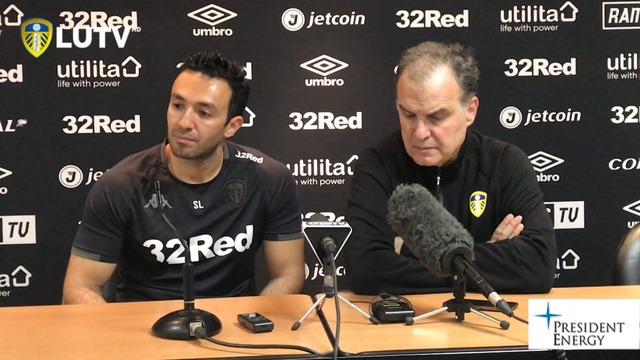