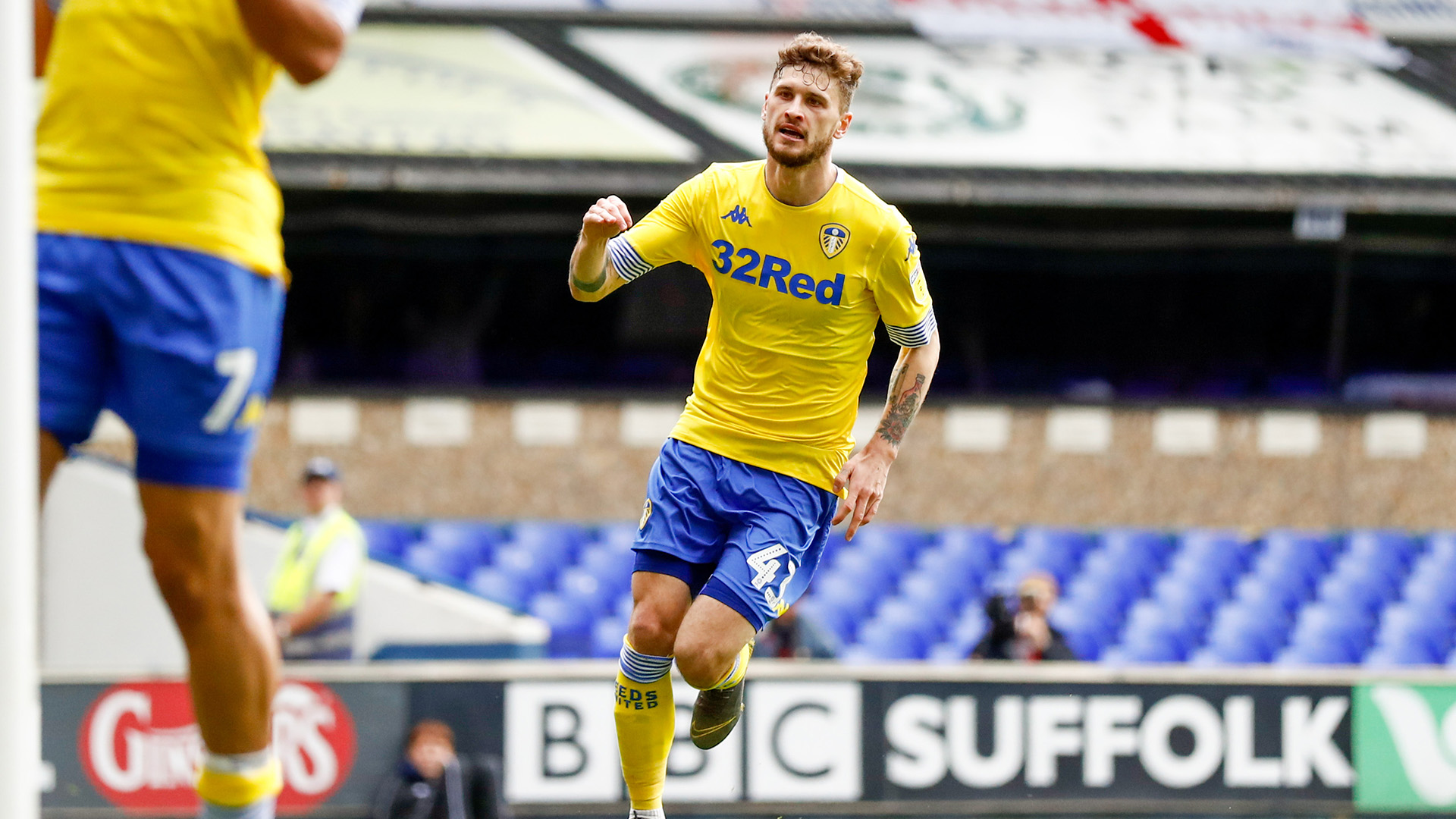 Leeds United fell to defeat at already relegated Ipswich Town in the final game of the regular Sky Bet Championship season, losing out 3-2 at Portman Road.

Mateusz Klich had Leeds’ first chance inside eight minutes, following a corner the ball fell to the Poland international to strike from just over 20 yards, but his well hit strike was off target.

Top scorer Roofe came close to adding to his tally three minutes later, Stuart Dallas threaded a neat through ball to the forward to play him in on goal, but he pulled the shot just wide.

Dallas struck wide from 20 yards, before Ipswich nearly took the lead following a mistake at the back by Leeds. Alan Judge found Flynn Downes in the box, but his shot was well blocked by Pontus Jansson.

Some lovely build up play by Leeds saw Klich step over a Kalvin Phillips pass to Pablo Hernandez. He then played Adam Forshaw into the Ipswich box and his shot was well saved by Bartosz Bialkowski, with Hernandez unable to find the target with the rebound.

Ipswich took the lead in the 30th minute. Colin Quaner went through on goal with Kiko Casilla coming a long way out from his net and Quaner went down under the sliding challenge of the Leeds goalkeeper. Casilla was shown a yellow card and from the resulting free-kick, Flynn Downes poked home from close range, following Judge’s delivery into the Leeds box.

Leeds looked to hit back and Dallas did well to get to the byline, he then found Roof in the middle of the Ipswich box, but he saw his volley superbly blocked by Toto Nsiala.

Liam Cooper saw an effort blocked after a Leeds corner, before Klich fired over when the ball fell to him on the edge of the Tractor Boys box.

Just before the break Leeds levelled the scores.  Luke Ayling got to the byline and found Klich in acres of space in the Ipswich box and he buried the chance with a fine first time strike. 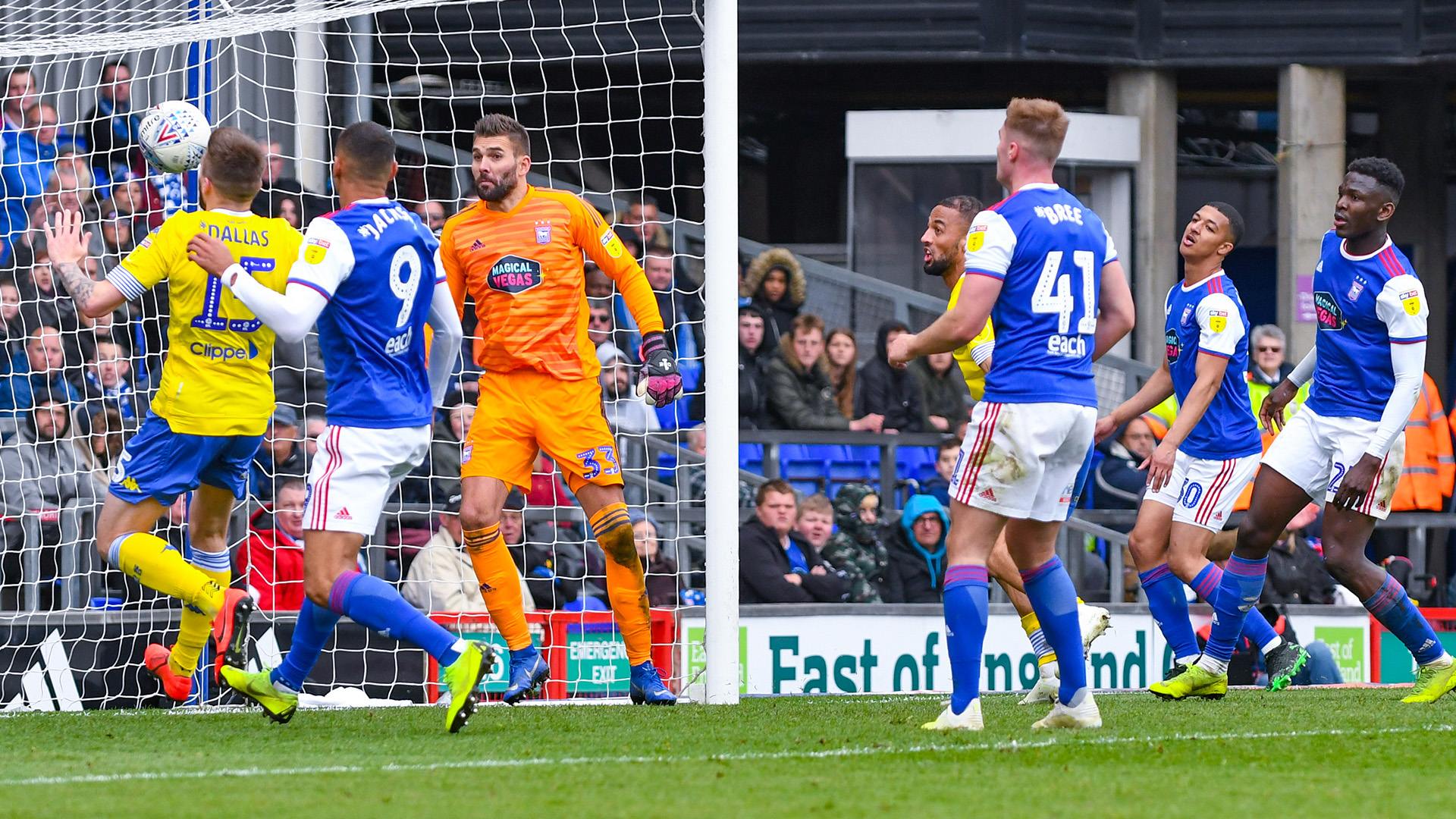 Ipswich regained the lead less than two minutes into the second half, Quaner played Andre Dozzell into the Leeds box with a neat pass and he found the net with a well taken finish.

Hernandez had a chance to level when he broke into the Ipswich box, but couldn’t get the better of Bialkowski.

The Whites then went close from a Kalvin Phillips free-kick, Bialkowski fumbled the cross, but he managed to recover to palm over a Roofe strike.

Leeds threatened again from a set-piece in the 68th minute, Phillips delivered a corner and Liam Cooper headed just wide.

Two minutes later Leeds should have levelled, substitute Jack Clarke went in on goal after hesitance by Bialkowski. He couldn’t beat the Ipswich stopper though and neither could Hernandez with the rebound.

Leeds levelled the game once more through Dallas. Hernandez sent Ayling to the byline and his cross was chested onto the bar by Roofe and bundled home by the Northern Ireland international.

Roofe then found Jack Harrison in the Ipswich box, but he saw his effort deflect wide under pressure.

With 10 minutes remaining Leeds were awarded a penalty as Roofe was brought down in the Ipswich box by Luke Chambers. The Tractor Boys captain was shown a straight red card, but Leeds couldn’t convert the penalty, with Roofe slipping just before striking the ball and putting the spot kick over the crossbar.

In the 88th minute, Leeds created another good opportunity, as Harrison found Roofe in the Ipswich box with a good cross, but he couldn’t keep his header down.

It was the home side who went on to get the winner though. A mix up between Ayling and Casilla left Quaner with an empty net, which he took full advantage of, to earn Ipswich all three points.

Attention for Leeds now switches to the Play-Offs, where the Whites will take on Derby County over a two-legged semi-final. 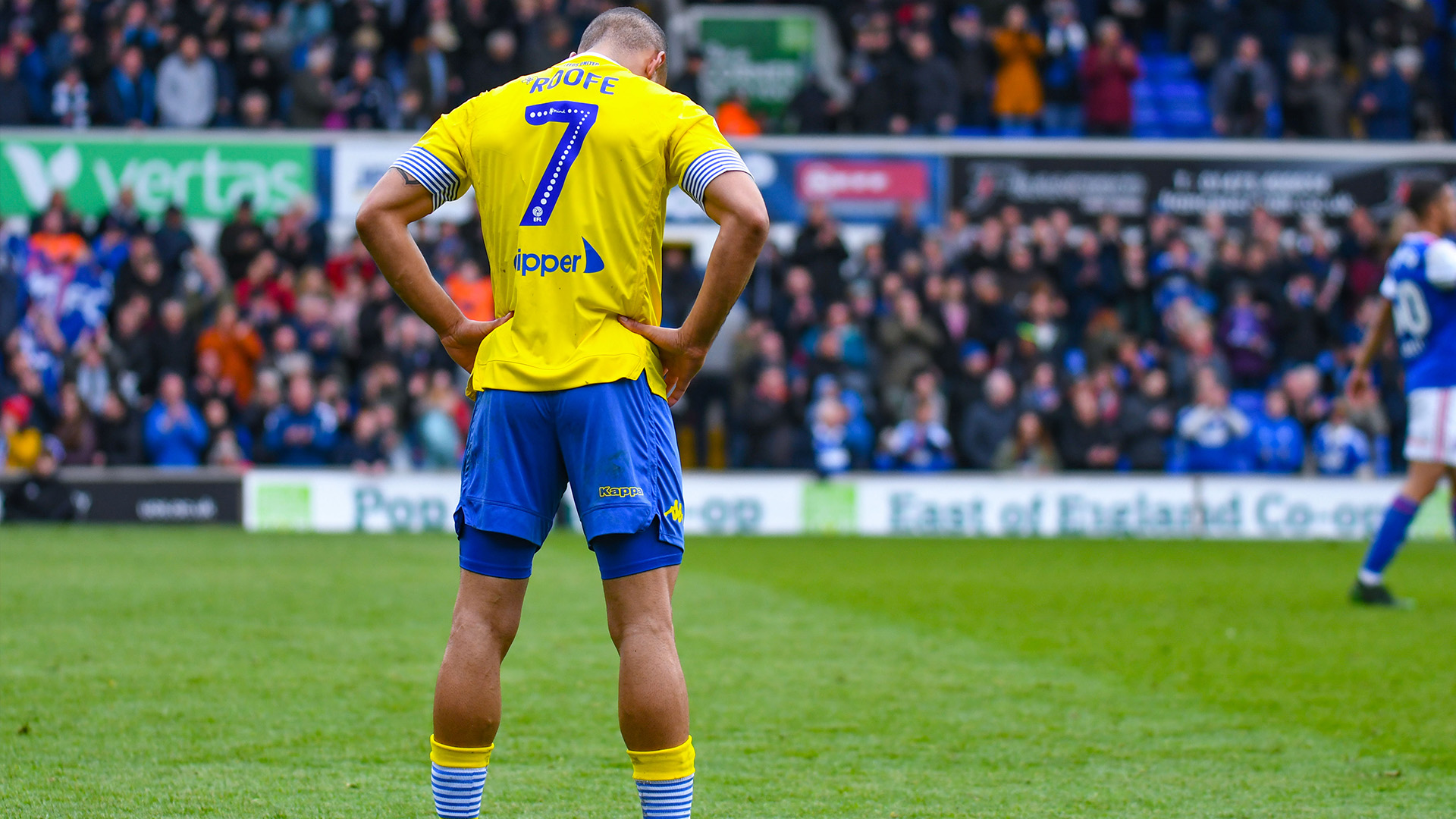