Rob, if you could give us a bit of a general injury update please?

“We’ve got a few players who have come back or are getting close to coming back into the squad now.  The first one of those- Stuart Dallas, who suffered a toe fracture against Sheffield United at the start of December has been back training with the team now for a week to 10 days and is available for selection when the manager feels he has done enough in training.  As well as that, we also have Barry Douglas who has been back in training for the last week following a hamstring injury that he picked up on New Year’s Day.  So those two are now back in training with the team and if the manager feels they are ready, they are available for selection.

How pleased are you with the progress on those two players?

“It was really frustrating with Stuart, whenever you get a fracture you are looking at a minimum of six weeks for it to heal and then it is about settling the pain and his was quite a severe one.  He has managed to keep his fitness levels up even when he has not been able to get out on the pitch, he has done lots of bike sessions and pool sessions and done really well with it.  Barry has made excellent progress, to be back within three weeks of the injury, he has done exceptionally well.   He is doing lots of work with the staff in the gym to minimize the risk of re-injury.”

Gaetano Berardi is another player who featured on Monday with the Under-23s...

“I think everyone saw Berardi came off after 44 minutes, the plan was for him to play 45 minutes, but he came off with some tightness in the hamstring.  It is a really complicated injury, he actually ruptured one of his hamstrings.  We scanned him just to make sure he hadn’t done anything again following Monday night’s game and everything is nice and intact on the hamstring that he ruptured.  However the other hamstrings are having to take more of the load whilst the other one recovers, so there is a little bit of fluid around that is more because of an overuse.  He will do some more work in the gym and out on the pitches with Reuben.  We use the Under-23 games as part of the rehab process- just because he was going to play 45 minutes on Monday, we still think he is a fair way away from being involved with the team and perhaps that message sometimes doesn’t get out there as well as it should.”

How about Patrick Bamford?

“Patrick is back in training with the coaching staff outside and back with the team and has done really well.  His injury again was a little bit of a freak one- one of the players fell on him in a training session just before the Aston Villa game where his knee got caught underneath him and twisted.  Again, the injury he suffered previously, his PCL stayed intact and he didn’t damage that, but he did tear another ligament in his knee and the capsule at the back, so we have had to allow that to settle and then build him back up again outside.  He is back with the coaching staff and looking quite sharp out there, but we don’t want to rush him back.  He has had two separate ligament injuries now on that same knee, so we have to proceed with a little bit of precaution.

Finally, Izzy Brown has played a few Under-23s games now, but his was a longer term injury than the rest...

“Yes, I think when we signed Izzy we felt it would be January before he was back at his best.  Added to that he had his little hamstring injury that he picked up just before Christmas, so we might be a couple of weeks behind that.  But he is showing glimpses everyday in training, he looks like he is getting stronger, he is back with the team and producing some good sprint stats in the evaluation that we do of him.  He just needs to do a little bit more in the games and let the manager see what he is able to do, before he is involved.” 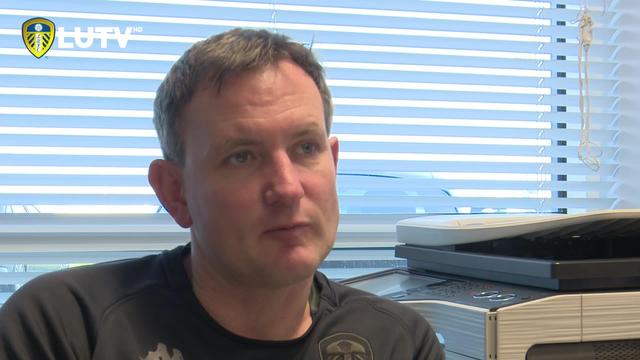