Leeds United captain Liam Cooper spoke to the media ahead of Saturday’s Sky Bet Championship clash with Stoke City at the Bet 365 Stadium.

After defeating Derby County at Elland Road last time out, the Whites are looking for back to back wins in the division.

The Whites were 3-1 winners against the Potters on the opening day of the season, with the skipper on the score-sheet that afternoon and he is hoping Leeds can complete the double over them this weekend.

“It is not going to be easy, we know that, we are preparing properly for it and hopefully we can come out with a positive result.

“You have to have that winning mentality about you sometimes and we go out onto the pitch knowing we can beat any team if we are at it.

“That is the big ask- staying motivated and at the high intensity and levels we know we can reach.

“When we do that, we are hard to beat and we will beat anybody in the league, but it is about reaching those levels and hopefully we can carry that on for the rest of the season."

“Hopefully we managed to bring some happiness to the final stages of his life.

“Our severe condolences are with his family and all surrounded by him.

“I got to know him well, he was a beautiful young boy and he really touched me as well as a person.

“Hopefully we can all come together and celebrate his life in the coming weeks.”

You can watch Saturday's game with Stoke City live at our Elland Road bemback! Click the image below to book your tickets now! 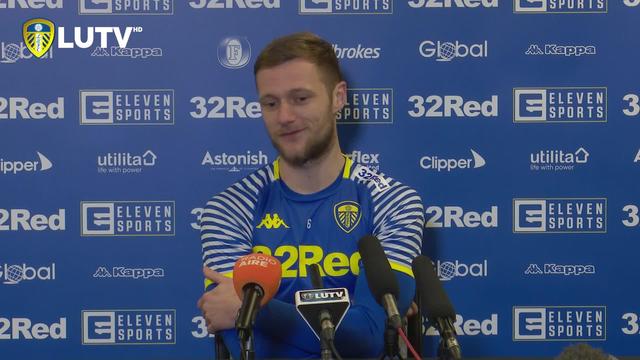