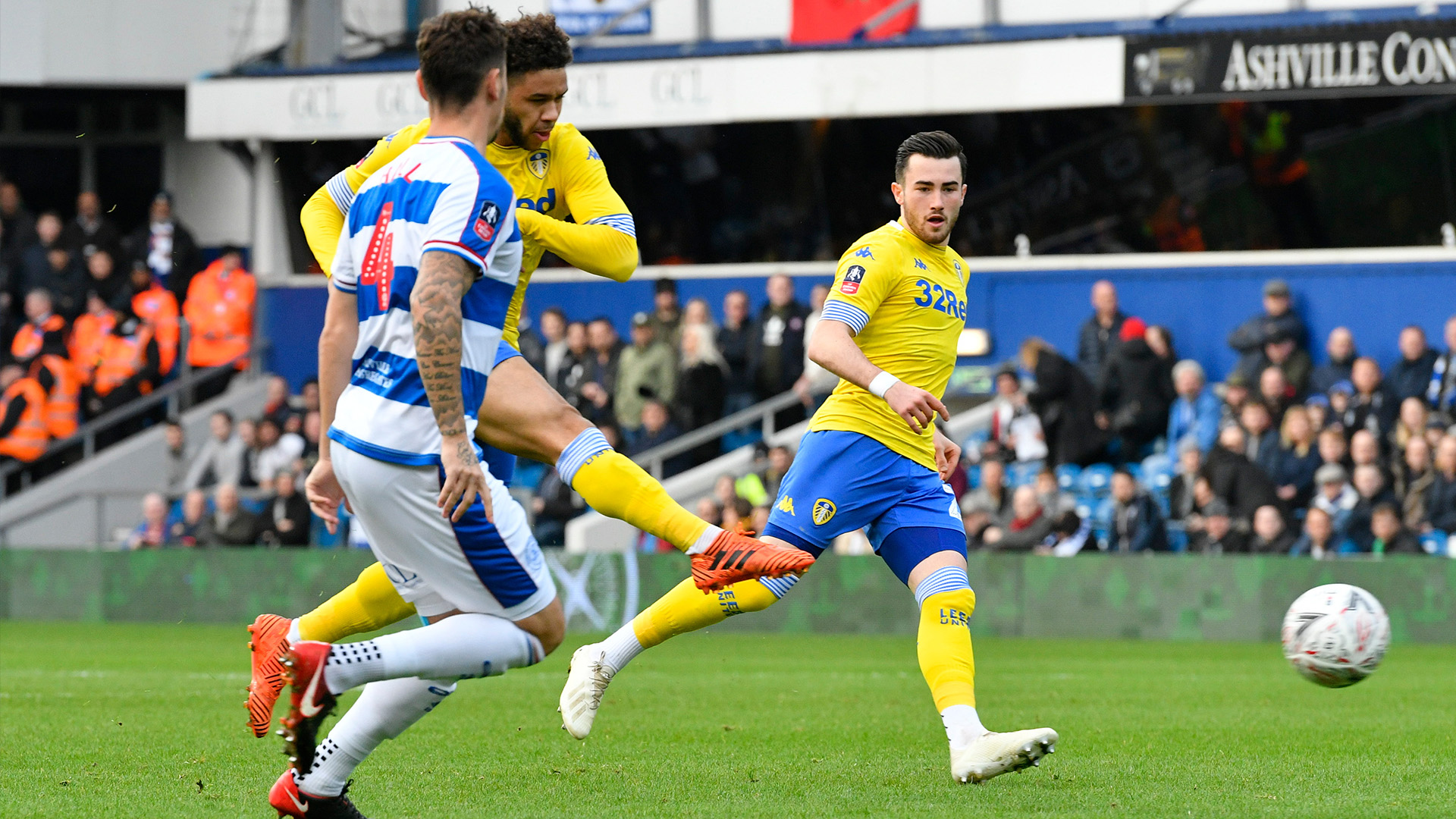 Leeds United suffered a narrow 2-1 defeat at Loftus Road against Queens Park Rangers, exiting the Emirates FA Cup at the Third Round.

Leeds almost went in front inside 30 seconds, Tyler Roberts struck an effort from distance which hit the right post, followed by the left post, before bouncing back into play.

Bailey Peacock-Farrell was called into action in the eighth minute making a fine save to tip Aramide Oteh’s effort around the post, before denying a Jake Bidwell header at the resulting corner.

Bright Osayi-Samuel then went through on goal for the home side, but Peacock-Farrell made another good save to keep the scores level.

QPR won a penalty in the 22nd minute when Leif Davis tripped Bidwell and the home side took the lead, with Oteh converting the penalty, straight down the middle as Peacock-Farrell dived.

It took Leeds less than three minutes to level though, Lewis Baker struck a free-kick at goal from 35 yards and QPR goalkeeper Matt Ingram spilled the ball and Aapo Halme converted the rebound, netting his first goal for the Whites.

Leeds then almost took the lead when Ezgjan Alioski found Roberts with a cross, but his strike deflected just inches wide.

Roberts then charged down an Ingram kick which deflected just wide of the goal, before Ozman Kakay forced Peacock-Farrell into another decent save with a strike from the edge of the area.

Jack Clarke then played the ball to Alioski 20 yards out, he set himself up for a volley at goal, but he saw his effort deflect off target.

On the stroke of half time, a QPR counter attack led to Ebere Eze breaking into the Leeds box, but he couldn’t keep his effort down as both sides went in level. 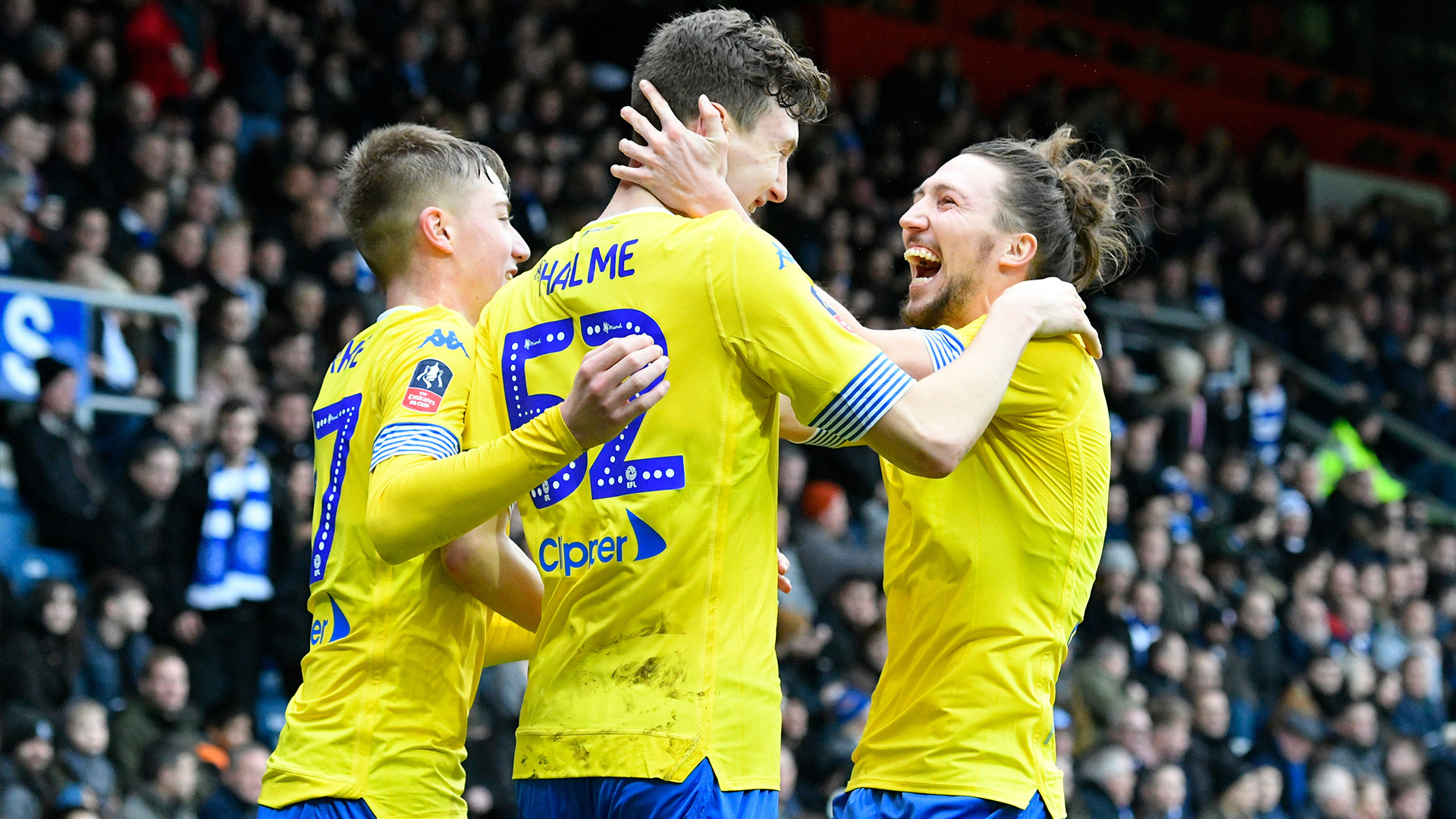 After an even start to the second half, in the 63rd minute Jack Harrison played Roberts into the QPR box, but his shot under pressure was well saved.

Three minutes later, Peacock-Farrell made a superb save to keep the scores at 1-1.  Jordan Cousins drove up the pitch before striking at goal from 25 yards and the Leeds stopper turned his attempt onto the post and wide.

Clarke then played Roberts in at goal, but Ingram got down low to smothering the ball to prevent the opportunity.

QPR had an opportunity at a corner with a free header, but he couldn’t keep it down, before Alioski forced Ingram into a really good stop with a strike from the left edge of the area.

Osayi-Smith then saw an effort saved by Peacock-Farrell and from the resulting corner, the Leeds goalkeeper made a fine save to deny a free Bidwell header.

However from the resulting corner, Bidwell would not be denied, heading home the set-piece.

Harrison saw an effort denied at a corner, before the home side hit the post late on with a Luke Freeman free-kick and saw out the win, to seal Leeds’ fate. 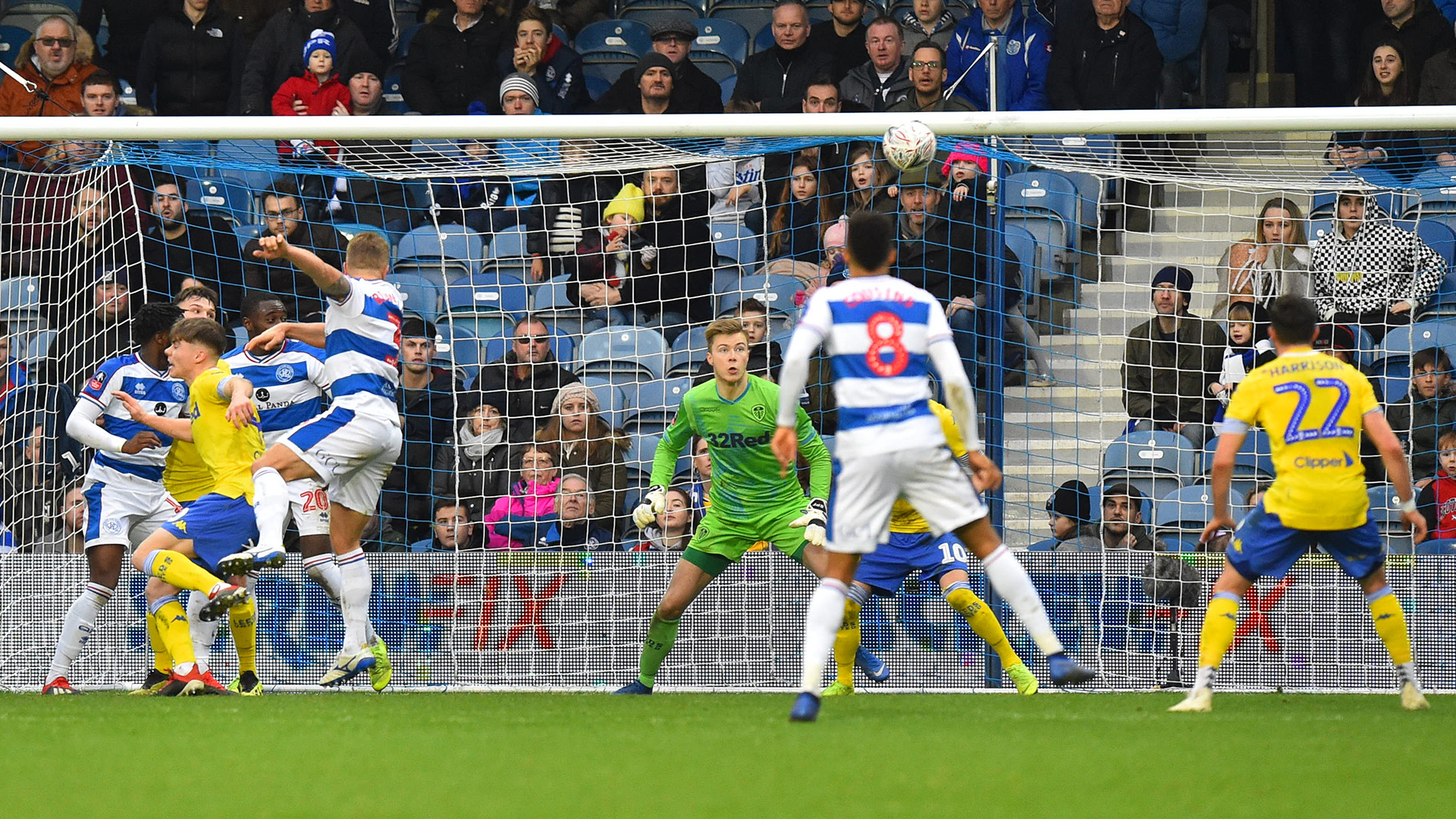