Leeds United winger Jack Clarke has spoken exclusively to LUTV over the international break after being handed a senior debut by Whites head coach Marcelo Bielsa.

The 17-year-old impressed when he came off the bench for his first Leeds outing in the 1-1 draw with Brentford last time out at Elland Road.

Clarke is the latest Academy player to have made a step up to the senior side after promising performances at Under-23 level and he described what it was like to make his first Whites appearance.

“When I first got told I was going to come on it didn’t hit me straight away, I just got ready straight away and got on the pitch as soon as I could,” said Clarke.

“There was a minute or so when the ball went out of play and Marcelo and Carlos (Coberan) told me to go out there and enjoy it and seize the moment.

“It was brilliant, I felt nervous standing on the side of the pitch and that is when it started to feel real, but I enjoyed every minute of it.

“As soon as I came on you could tell the intensity was much harder, it is more physically demanding and everyone is so focused, no-one is switched off and the fans lift everything.

“Coming on and making my debut was such a proud moment for my family, because they’ve given so much for me to be in this position.

“Since pre-season it has been good for me and working with Marcelo and his staff have really brought me on as a player and they have pushed everybody on.

“Everyone has a willingness win every single week, everyone brings it out of each other, if someone is having a bad game, the team will lift them.

“If the result isn’t going well, there is still a belief that we can win or at least get something out of the game, which is showing with the recent results.” 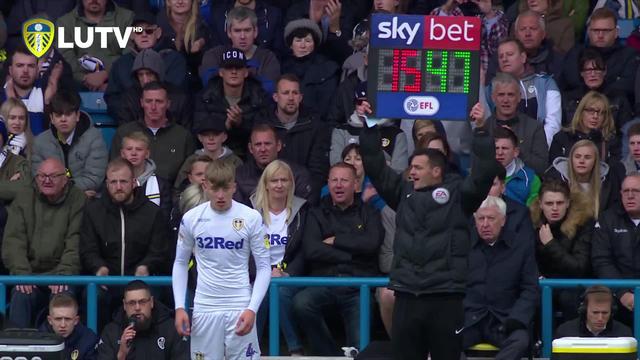 Action from the Etihad Stadium.