Leeds United are pleased to announce that Pablo Hernandez has signed a new contract to remain at the club.

The Spaniard has put pen to paper on a new two-year-deal to stay at Elland Road, which runs until the summer of 2020.

Hernandez has been one of the side’s standout performers this season, making 42 appearances and finding the net nine times.

He has also captained the Whites on numerous occasions throughout the campaign and led by example on and off the pitch.

His deal was due to expire this summer, but the club have moved to secure his services for the foreseeable future and are delighted Pablo has agreed to see out his career at Elland Road.

Breaking through the ranks at Valencia, Hernandez joined Getafe before returning to the Mestella Stadium.

He won four caps for Spain, during his second spell with Valencia, before he moved to England to play in the Premier League with Swansea City.

The attacking midfielder initially joined Leeds on loan from Qatar side Al-Arabi, before a permanent deal was struck in January 2017.

He has produced some dazzling performances in a Leeds United shirt over the two seasons he has been at the club, his trickery and creative flair has seen him provide 17 assists.

The 33-year-old is one of the oldest members of United’s squad, but brings a wealth of experience and leadership qualities to what is a relatively young Leeds side.

To date Hernandez has made 80 appearances for Leeds and scored 15 goals in all competitions.

Hernandez has also been nominated for the club’s 2018 Player of the Year Award for his performances throughout the campaign and the ceremony takes place on Friday 4th May.

Tickets for the event are still available and you can purchase online using the link below: 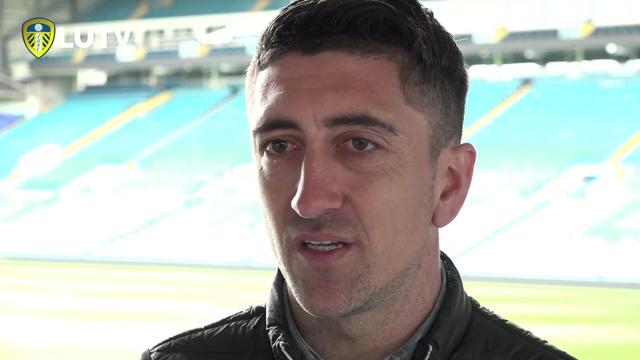 Whites draw with the Seagulls.