Former Leeds striker Billy Sharp netted a goal in either half for the Blades, with the winner a 72nd minute penalty.

Forshaw gave his thoughts on the 2-1 defeat and the all important penalty decision, which cancelled out Pierre-Michel Lasogga’s equaliser.

“We are disappointed, we had a slow start unfortunately and they got the goal,” said Forshaw.

“We want to do better, we don’t want to be playing catch up and be 1-0 down, but I thought we showed character and in the second half worked really hard to get back into the game.

“Coming out in the second half, we were really good, were on the front foot and played in their half a lot more and I thought we were unfortunate.

“In all honesty I thought their penalty was against the run of play and I thought it was a soft one, but I haven’t seen it back again.

“We haven’t picked up any points, but I think there are a lot of positives that we can take from the game.”

Forshaw also spoke about the impact of new head coach Paul Heckingbottom, who took charge of his first Whites game on Saturday.

He said: “The gaffer seems like a really nice guy, he really wants to coach you and improve you as a player and if you don’t want to take that on board, you shouldn’t really be playing the game.

“There is a chance for us all to learn and get better and hopefully we can begin to push up the table again.

“We will have a really good week of training, work really hard and look forward to the next game.

“There are still 15 games to play, there are plenty of points to play for and it (the race for the top six) is not over.”

You can see the full interview with Adam Forshaw below: 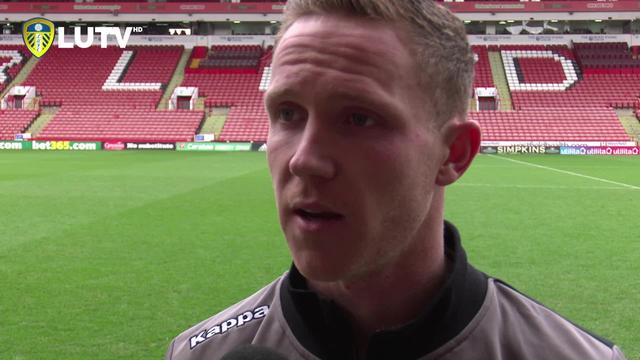