The Belgian left-back, who has played in the UEFA Champions League and Europa League completed his move from Club Brugge on Thursday for an undisclosed fee.

De Bock, 25, who has also won caps at youth level for Belgium, is excited about his new chapter at Elland Road.

“I’m very happy to be here and it feels like the next step in my career,” said De Bock.

“I’m really looking forward to playing at this beautiful club in front of the beautiful fans at the stadium and atmosphere.

“I’ve heard a lot about Leeds United, I’ve spoken to players who play in England and I asked a few questions and everyone says the same thing- that it is a beautiful club and when I was younger I remember Leeds playing in the Premier League.

“It was a big decision I had to make, because I also have my wife and little boy, but when you have the chance come to England and being 25 now, I had to make the decision and I’m looking forward to playing in the most beautiful football country in the world.

“I think my strength is my tackling, so hopefully the defence likes it here and I also like rough football.

“I won two cups in Belgium and the league title with Club Brugge for the first time in 11 years, it was a big thing to win and I hope to win a lot here as well.”

You can see the full interview with Laurens De Bock below: 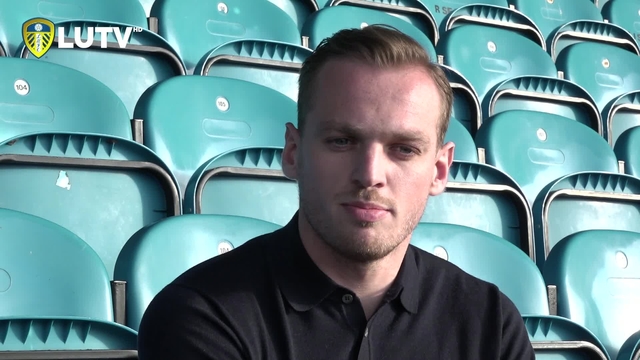