Leeds United head coach Thomas Christainsen is hoping his side can keep up their good away form at Cardiff City on Tuesday night.

The Whites travel to the Cardiff City Stadium, having already defeated the likes of Sunderland, Nottingham Forest and Bolton Wanderers on the road this season.

Leeds and Cardiff are level on points going into the game, with both sides having suffered just one defeat and the Whites head coach is expecting a difficult match.

“I believe we are going in very good condition to Cardiff,” said Christiansen.

“It is a top game, where everyone will have to give their maximum in order to get a positive result.

“If we want to be at the top end of the table, we need to be one unit and work hard for each other, at the moment it is going fine, but I don’t want anyone to relax, we just have to take it one step at a time.

“I think it will be a game similar to Ipswich, Cardiff are a physically strong team, with direct play, who will put us under pressure.

“We need to combat their aggressive play, with a good performance and attitude.

“So far we have done very well away from home, barring the game against Millwall, we have played very well and I expect the team to do so against Cardiff.

“Neil Warnock will do everything he can to motivate his players for this game, it is a game against his former club and for sure he will want to take the three points.”

Striker Pierre-Michel Lasogga became a father last Friday evening, but still played for Leeds United on Saturday, scoring a goal, before flying to Germany to see his new born daughter.

The forward didn’t reveal until after the game on Saturday that he had become a father and has again made himself available for the trip to Cardiff and the Leeds boss praised his attitude.

“From my point of view it was very nice and showed how professional he is, by not wanting to take the attention away from anyone.

“I appreciated that a lot, he responded with a goal and it was very important from the team on Saturday.

You can see LUTV’s exclusive interview with Thomas Christiansen below: 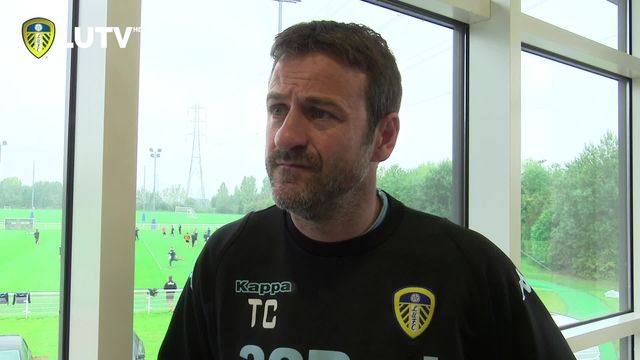