U23 head coach on Terriers draw.

United’s head coach was sad that his side were unable to secure the victory against their West Yorkshire rivals.

“I’m extremely disappointed to concede so late on,” said Blunt.

“Although Huddersfield had periods of possession in the second half, they never really hurt us, so it is definitely disappointing to concede.

“There are moments in games where you expect the players to see it out, there is a fine line between winning and losing and we saw that out there.

“We expected Huddersfield to get on the front foot in the second half and come and attack us, which they did.

“We knew they would be vulnerable on the counter attack and we created some great chances and in hindsight we should have taken them.

“We showed good progress from where we have been, in the last two or three games, although we have lost, the group have been in a lot better place.

“In the second half we could have kept the ball a lot better than we did and it was disappointing not to see the game out.”

Despite the result, Blunt was pleased with the performance of Jack Clarke and Bailey Peacock-Farrell.

“I was delighted to see Jack out there playing, he is a young lad who is still at school, which bodes well for the future and I thought he did extremely well,” added Blunt.

“He tired towards the end, but he showed some good touches, he has done well at Under-16s and recently stepped up to the Under-18s and he deserved a reward for doing well.

“Bailey’s attitude has been good, he has good quality and his is a big presence and when you have him behind you, it makes defending a lot easier.”

LUTV subscribers can see the full interview with Jason Blunt below:﻿﻿ 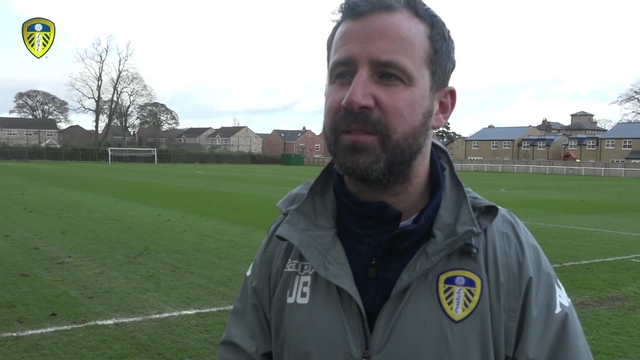