Leeds United head coach Garry Monk spoke exclusively to LUTV ahead of Tuesday’s trip to Liverpool in the quarter final of the EFL Cup.

The cup clash marks the first meeting between the two sides at Anfield since October 2003 and is a reward for United’s penalty shootout victory over Norwich City in the last round.

Liverpool are currently flying high in second place in the Premier League, but Monk insists there is no reason why his side cannot cause an upset.

“Each game that we approach, we have the mentality to try and win,” said the Leeds head coach.

“We realise this is a different competition, it is a big game for us and we are playing against a very good Liverpool side, but we feel we have shown we can compete in every game that we play in, no matter who we come up against.

“Everybody wants to play in every single game, that is how you want the group to be and these are the decisions you have to make as a head coach.

“It is never about 11 players though, the whole squad has contributed already this season, they will contribute all the way along and the squad will go to Liverpool together, ready to try and put on a performance.

“This competition has really helped us, the cup and league games have gone hand in hand, we have used the cup games to build momentum and confidence and we have taken it into the league games that have followed.

“We are in a great position in terms of it being a quarter final, it is a knockout competition and when you get to this stage anything can happen.

“It is a 90 minute game, we are playing against a very good 11 players, but we know if we put our performance on and play to our maximum we can cause anybody trouble.

“This is an historic fixture in English football, it is massive for our fans and we are all fighting to try and play these games on a regular basis again.

“We want to win, we are all looking forward to it, it is a big challenge, but if we conquer it right, it could be one we can be very proud of.”

LUTV subscribers can see the full interview with Garry Monk below:﻿﻿ 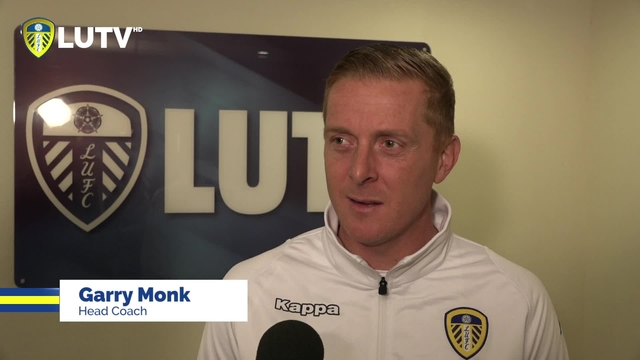