Leeds United’s Kalvin Phillips has been named the EFL Young Player of the Month for October.

The 20-year-old has excelled in the heart of the United midfield and helped Leeds record victories over Barnsley, Wolves and Burton Albion in the Championship during the month.

Having progressed through our Academy, Phillips made his debut back in April 2015 and has gone on to feature 20 times for the Whites this season as he has firmly established himself as a prominent figure in Gary Monk’s side.

On winning the EFL Young Player of the Month award Phillips said: “I’m really pleased. A lot of credit has to go to the coaching staff and the people that have been around me in training, but I’m really pleased.”

“It just comes down to hard work. I come in every day and I just want to play and do my best and I think the gaffer has seen that.

“Playing week in week out in the Championship is great, I never thought I’d really do that after last season.

“I think in the first couple of games I was struggling a bit, but the more I play, I get better and better so hopefully it will continue.

Each season, EFL clubs invest more than £60m on identifying, training and educating the next generation of football talent.

There are 8,500 young players between the ages of eight and 18 registered with EFL clubs, making EFL Youth Development the largest centrally coordinated young player programme in world football. More than 200 players aged 21 or under make their professional debuts for EFL Clubs each season.

Phillips follows September’s winner Tammy Abraham and joins a talented list of players who have previously won the award including England international Dele Alli, along with Wilfred Zaha, Danny Ings and Jay Rodriguez.

Commenting on Phillips’ achievement, David Wetherall, Director of Youth Development at the EFL said: “Kalvin has had an excellent month with his form playing a major part in the good run of the team.

“He continues the excellent player production record of the Leeds United academy and I look forwards to seeing him develop further in the future.”

Each month the prestigious award is presented by the EFL to a young player who has made a significant contribution and impact in first team football.

For more information on the award and each month’s winner visit www.efl.com 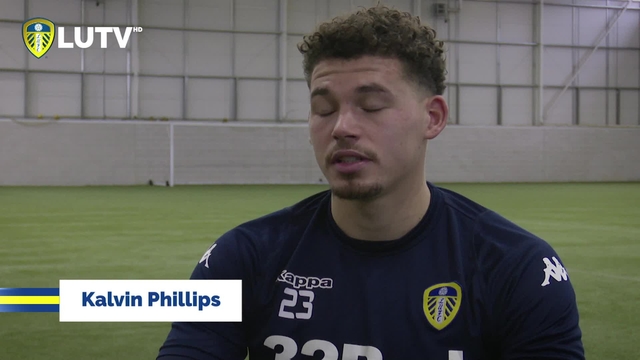