Leeds United defender Pontus Jansson admitted it was great to score his first goal for the club on Saturday.

Jansson’s second half header helped United to a 3-2 victory over Norwich City at Carrow Road.

Speaking to LUTV, the centre-back was pleased to pick up all three points and spoke about the character within the side.

“It was a really good win, also to score my first goal for the club was a really special feeling,” said Jansson.

“Norwich were in the Premier League last year and they are a really good team, but if you ask me I felt we played much better than them.

“In the first 20 minutes it was the best period we have had this season, I’m really happy and pleased with the team and the performance.

“We kept fighting and when I scored my goal I knew it was going to be a good day and we managed to get the win.

“It was worth the booking to celebrate with the Leeds fans, there has been talk of a fine for me now too, but they can try to give me a fine for that one.

“Even though they scored an equaliser, we had a feeling that if we kept going the third goal would come and it did.”

Saturday’s victory moved Leeds further up the table and Jansson is hoping the team can continue with recent form after the international break.

“I have always said since day one of me being here, I am here to play good football and take Leeds to the Premier League.

“We are now in the play-offs, we need to take it one game at a time and keep doing what we are doing.

“I don’t know if the international break has come at a good time with our momentum at the moment, but it will be good for the majority of the squad to have some good training sessions and a little bit of rest."

LUTV subscribers can see the full interview with Pontus Jansson below: 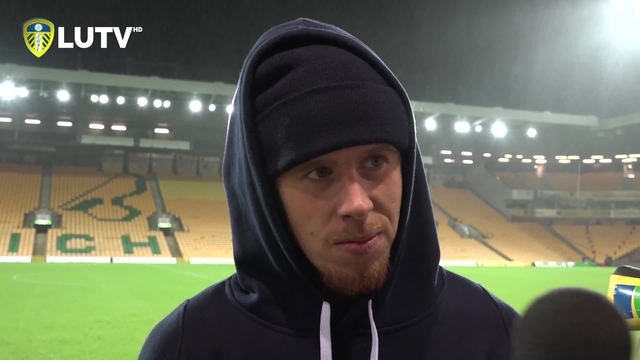