Today marks World Refugee Day and to help celebrate the occasion Under-23 champion Nohan Kenneh took part in an exclusive online session based on diversity with his former school, Shakespeare Primary School.

Nohan joined a number of different classes on the Zoom call, with students able to ask questions and specifically learn more about his background and childhood, having moved from Liberia to the UK when he was just six years of age.

The young pupils were keen to know how the 18-year-old adapted to living in a new country at such a young age whilst also asking the midfielder for his thoughts around embracing diversity, learning about different cultures and learning from each other’s experiences.

“I was born in Liberia and I moved to the UK when I was six, so I don’t have a lot of memories from that time as I moved over when I was so young but I do remember it was particularly cold which was certainly different coming from a hot country, so that was one of the things I had to adapt to. I feel like the people around me, the friends I made they all really helped me and I am so grateful to them.”

The Premier League Kicks (PL Kicks) and Premier League Primary Stars (PLPS) teams at the club’s official charity work with youngsters throughout the city, helping them to be engaged in their education and giving them a safe environment to take part in positive activities. The coaches deliver sessions on a range of topics with the subject of Equality, Diversity and Inclusion one of the most important, giving young people the chance to ask important questions and find out more about cultures they were previously unaware of.

World Refugee Day is an international event organised every year on 20th June by the United Nations, and it has been designed to celebrate and honour refugees from around the world. The event is also used to commemorate the obstacles refugees face each year, ensuring their courage and strength is recognised on a global level.

To take a look at the session conducted with Nohan Kenneh and the Leeds United Foundation at Shakespeare Primary School, please click here. 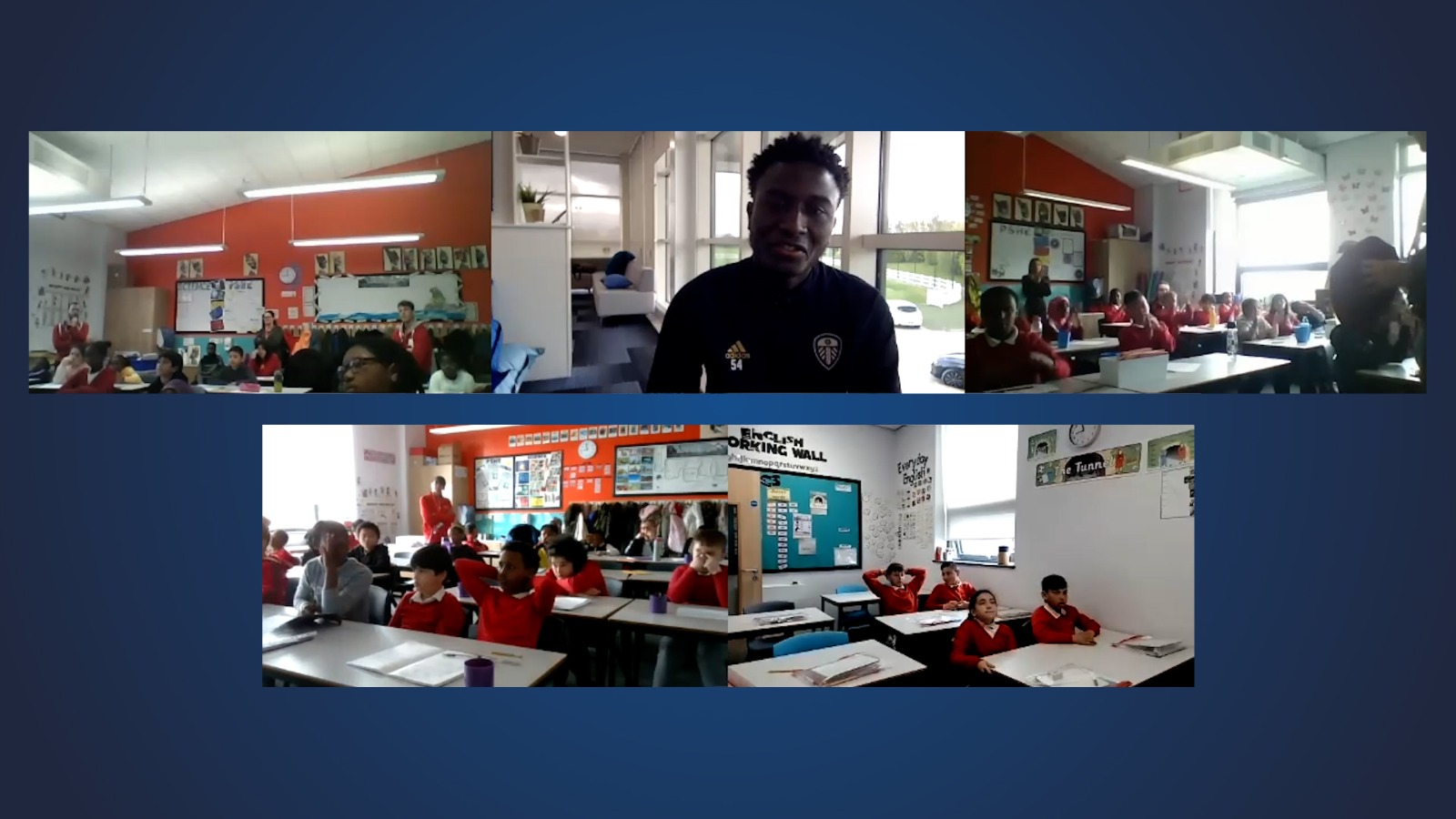