This week, Primary Stars are continuing their #GetInTouch themed challenges by asking your family to write a story to send to somebody.

Premier League Primary Stars want you to complete the below story in your own words. You can be as creative as you like with your story. Why not add some extra characters such as a Premier League footballer, make it funny with a joke, or draw some illustrations to create a comic strip?

Here is the story:

Harry and Mia had been kicking their football against the wall all morning.
“Right, you two!” called Mum. “Let’s go out and walk off some of that energy.”

Mia scooped up the football in her arms and the trio set off down the road. They were just about to stroll past the large house on the corner, when a loud noise made them all jump. The football dropped to the floor and as Harry bent to pick it up, his jaw dropped in surprise when he saw... 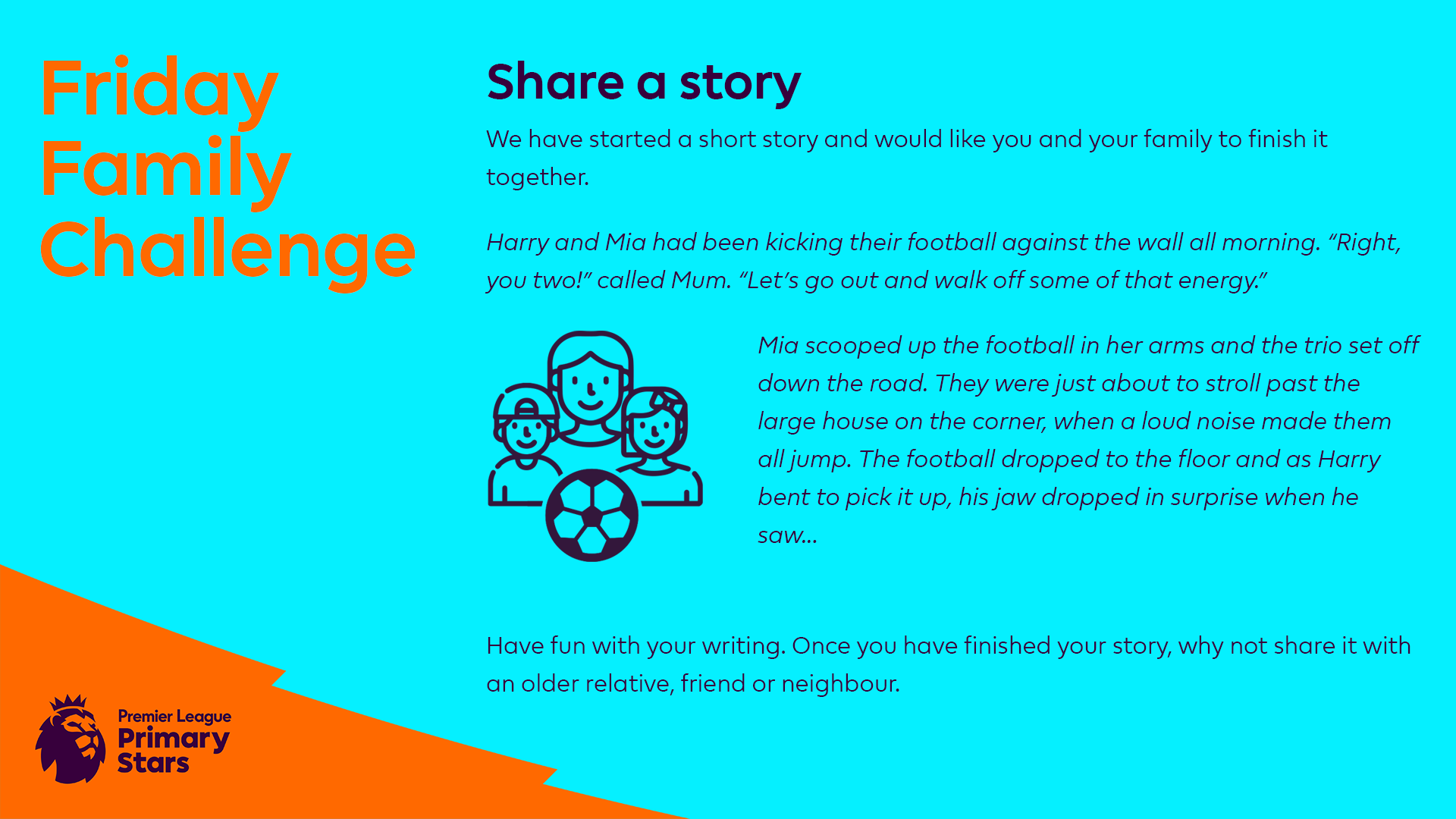 Once you have finished, Premier League Primary Stars would like you to #GetInTouch by sending it to an older relative, friend or neighbour - this could be the person you have contacted in a previous challenge! Whoever it is, write something in your story that you think will make them smile!

For the chance to become the Premier League's Star of the Week, be in their community story or even feature on premierleague.com, make sure to send them a picture and say who you’re sending your story to. You can do this on Twitter via @PLCommunities using #PLPrimaryStars and #GetInTouch or email them at PLPrimaryStars@premierleague.com.

If you're interested in Leeds United Foundation's wider Premier League Primary Stars programme, get in touch with Mathew Everett via his email mathew.everett@leedsunited.com