There were over 60,000 people in attendance at Leeds Pride 2019 on Sunday, the biggest attendance for the annual event to date.

Marching Out Together, the Leeds United Supporters Group for LGBT+ fans and their allies, were just some of those who attended the event and took part in the walking parade through the city centre, helping to represent the club along with members of Leeds United staff and Lucas the Kop Cat.

Members from the group were handing out a limited number of specially designed 'Leeds United supports Pride' merchandise, including plenty of stickers, some hand-haled flags and t-shirts.

The annual event is held to celebrate and champion the lesbian, gay, bisexual and transgender (LGBT+) community, with the hope of encouraging more people to get involved in the celebrations and helping to create awareness around achievements and legal rights.

Entertainment took place from 12pm in Millennium Square with the parade beginning at 2pm through the city centre, entertainment then continued from 3pm on Lower Briggate.

The event has already been scheduled for next year and is set to take place on Sunday 2nd August 2020.

For any of our fans that would like more information on Marching Out Together, you can visit them online here or follow them on Twitter @marchingoutlufc. 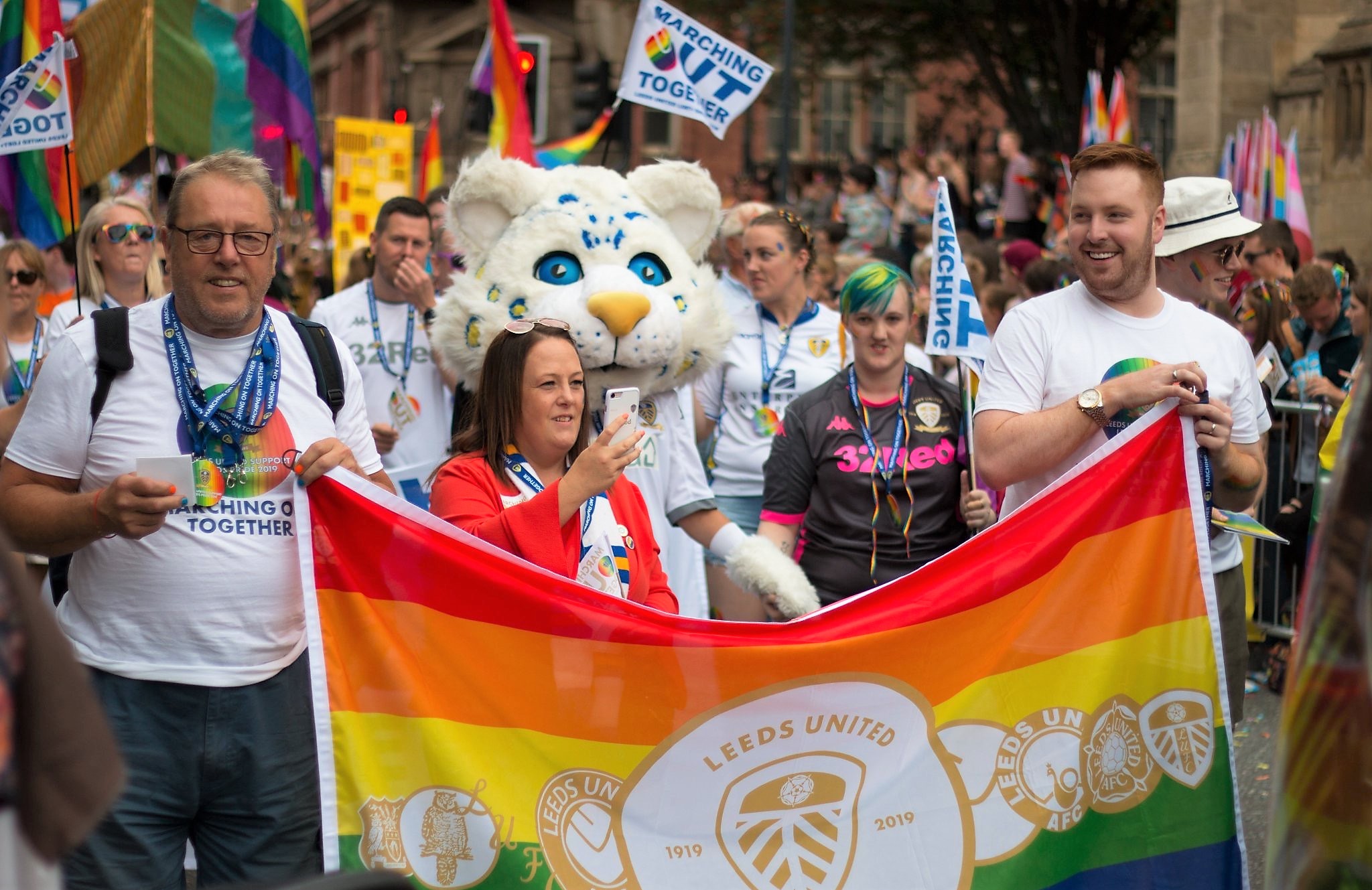