Leeds United welcomed the San Francisco 49ers education consulting venture to Leeds on Thursday afternoon as part of the strategic partnership between the 49ers and the club.

Included in the visit was a seminar delivered to children at Beeston Primary School along with representatives from the Leeds United Foundation before Patrick Bamford joined the contingent for a special training session at the stadium.

During the trip to Beeston Primary representatives from the 49ers education team and NFL UK used programming components from their EDU Academy to inspire some of the children in an assembly by leveraging sports and the game of American football.

Jesse Lovejoy the 49ers EDU director was on hand to give t-shirts out to all of the pupils in attendance and speak to them about the organisation’s STEAM education initiative which involves science, technology, engineering, art and math. 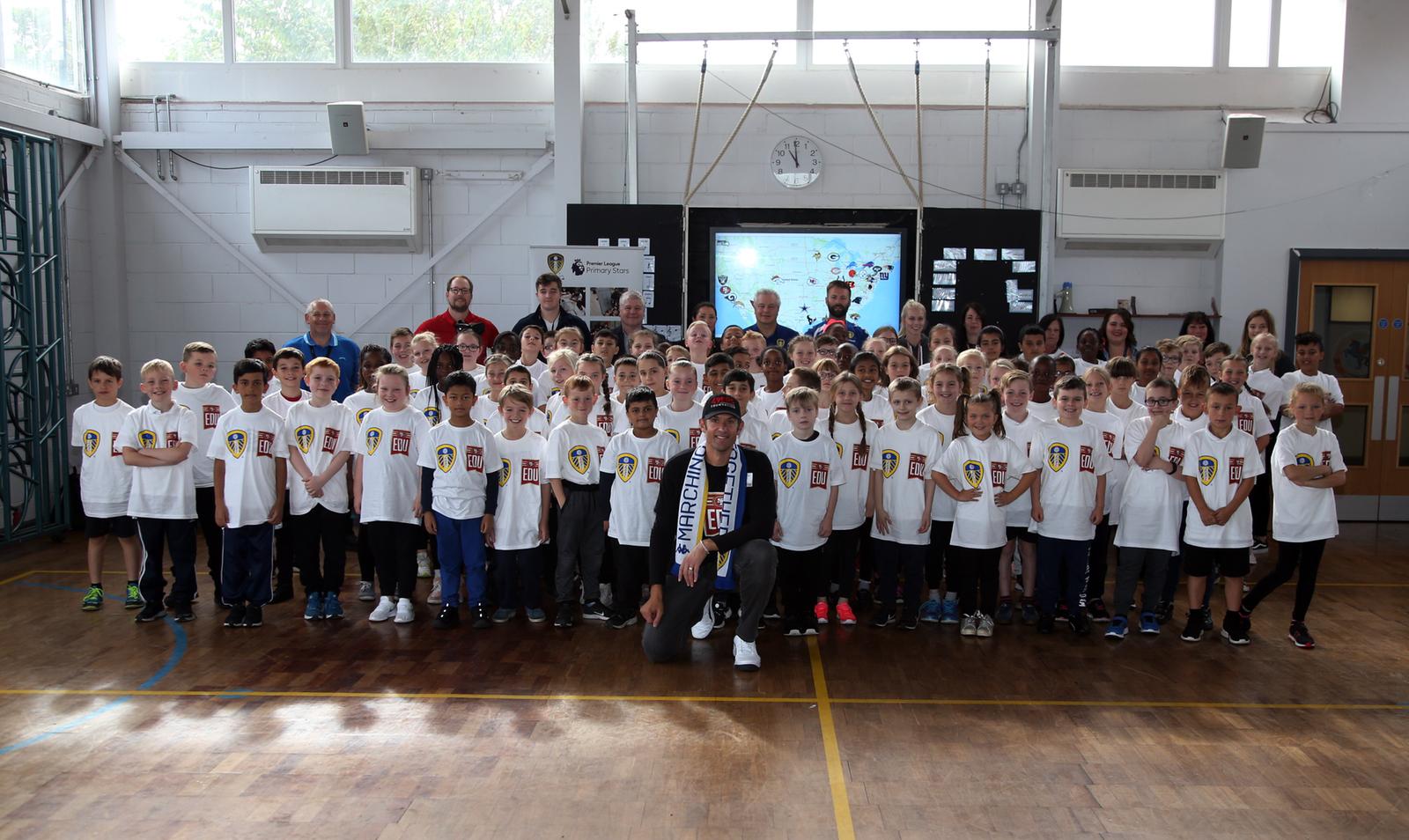 Following the educational session at the local school over 100 children made their way down to Elland Road along with Whites striker Bamford where NFL UK delivered a series of training drills on the pitch with them.

The Leeds United forward spoke to LUTV during the visit and said: “It’s been great coming along today, meeting all of the kids and then being a part of an exclusive training session with the guys from the 49ers and NFL UK.

“I could see how much it meant to the kids especially seeing their faces when they got the chance to walk onto the pitch at Elland Road, it’s what some kids dream of, so it’s brilliant that the club’s relationship with the 49ers has given them this opportunity. Most children love sport when they’re growing up, I know it was always my favourite lesson - so the idea of incorporating it into education makes so much sense.”

The EDU Academy director, Jesse Lovejoy, added: “Today has been a great day of looking at how American Football and soccer can be a common denominator to introduce young students to science, technology, engineering, art and math.

“We had a really good start to the day, we went to Beeston Primary School for an assembly where we got to meet all of the kids and teachers and we talked a lot about STEAM and then we talked to them a bit about geography and where California is and how the 49ers got there name.

“Then we came back to Elland Road and they had a lesson about American football and they got the chance to put those things that they learned into action on the pitch.

“It’s been a wonderful day of really seeing how this partnership between Leeds United and the San Francisco 49ers can come to life and how we can really work together to learn from each other which will continue to benefit the kids and the teachers in our communities, which I know matters a lot to the entire leadership teams at both organisations.”

In May 2018 49ers Enterprises became a minority investor in Leeds United Football Club with the president of 49ers Enterprises, Paraag Marathe,  joining the Leeds United board of directors. The partnership is designed to strengthen the commercial, operational and sporting capabilities of the club but the unique collaboration can offer more than just investment into the first-team squad. As experts in working with sports organisations the EDU Academy can help its partners and their communities to understand the power of STEAM education and how to make it a reality for learners.