Leeds United fans and staff took to social media last month to show concern and support, following reports of a man being run over and seriously injured on Elland Road after our game with Brentford in February.

Whites season ticket holder Phil Cummings was hit by a car on his way home from the game and was immediately rushed to hospital.

Phil, who has Down Syndrome and is classed as a vulnerable adult, suffered two beaks to his femur and fractures to his ankle, as well as other injuries.

As he continues to recover from the accident, Phil was invited down to Thorp Arch today, where he was given a behind the scenes tour of the facility.

Phil got to meet the players and staff at Thorp Arch, head coach Paul Heckingbottom, along with getting to watch the first team train.

Speaking about the day, Phil’s sister Julie said: “This is the first time Phil has been named, but the support he has received on the internet and through social media has been amazing.

“He has been a Leeds United fan all of his life and he loves being in the stands at Elland Road with all of the supporters.

“What Leeds United have done for him has really made his day, he is a bit star struck, but he has loved it, when the players came out you could see his face light up.

“Phil will continue to have physio when his cast comes off and hopefully he will make a full recovery.

Leeds United head coach Paul Heckingbottom added: “It’s been great to see Phil down at the training ground today, you can see his passion for the club and we are delighted to see him making a speedy recovery.

“To help to cheer him up we’ve arranged a free season ticket for him for next year and we look forward to seeing him at Elland Road for many years to come, he is part of our family.” 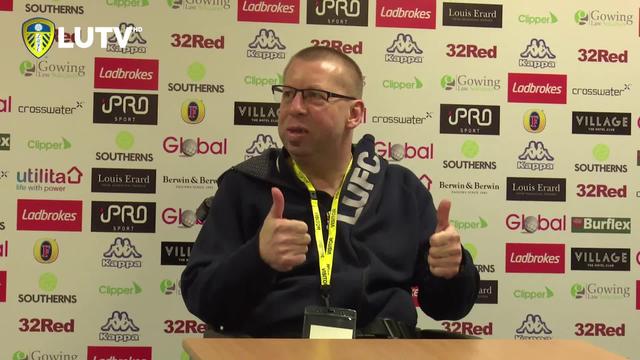